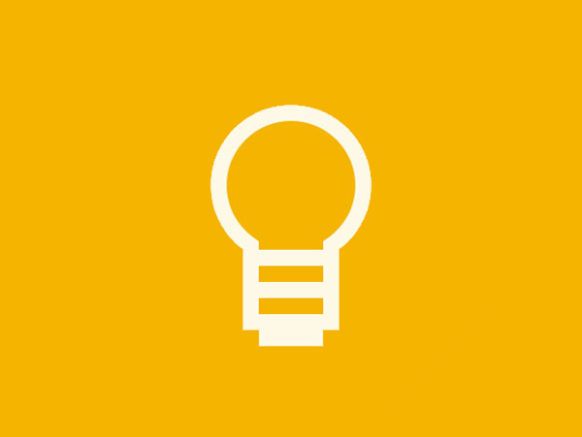 FOR A CERTAIN kind of (slightly uptight) person, it’s easy to spend far more time futzing with your to-do list than actually, you know, doing the things on it. You can spend hours playing with new apps—Wunderlist! Todoist! Any.do! Asana!—and new methods—Kanban! GTD! Pomodoro! The Eisenhower Matrix! These are all real things! I understand that wonderful wash of organizational bliss that you get from taking all the crap on your floor and stacking it in neat piles. Have you actually, you know, accomplished anything? Of course not. But you feel fantastic. Personally, I’ve spent countless hours testing and tweaking every productivity app and system I could find. Eventually, I realized the answer’s been right in front of my face all along. Over the last few years, Google has quietly built the best to-do list app on Earth—without building a to-do list app at all. Making it work for you is easier than you think, too. It’s all about a single word: reminders.

There are three core parts to the Google Reminders Industrial Complex:Google Calendar, Google Keep, and Google Inbox. You can add reminders from any of the three. Get an email you need to do something with? Hit the pin in Inbox to keep it in front of you, or click on the clock and choose a specific time you want to see it again. Or, just click on the Compose button and choose reminder instead of email. Any note in Keep can be turned into a reminder the same way. And in Google Calendar, adding a reminder is exactly as easy as adding an event. You can add them by time (“Pick up the kids at 6”) or location (“Call Joe when I get to work”), or just pick “Someday” to file it into a running list of stuff you have to do…someday. No matter what, everything stays in sync everywhere.

The exact connection between all these apps is sort of a mess. And actually, when you stop to think about it, Google’s productivity play is almost as disjointed as its messaging ecosystem (HEY-O!). Google Tasks is not the same thing as Google Reminders, and Tasks won’t work with this system. You can’t see all your Inbox reminders in Google Keep, for some reason I can’t figure out.

There’s only one place that will show all your reminders in one spot: Inbox. The Inbox inbox (this terminology is terrible) will intersperse your reminders with your emails, so you can see everything you need to deal with right in front of your face. In Google Calendar, you see any task with a due date or time. You can drag stuff around there, which is an awesome way to actually schedule the stuff you need to do. It also increases the likelihood of you actually doing those things.

A new outlook on email

One of the cardinal rules of online productivity is to separate your email from your to-do list. We all get too much email, and it’s easy to let the incoming junk drown out the things that are actually important. This is true, but there’s a flipside: Your email inbox is a perfect place for a to-do list precisely because you’re already spending so much time there. You already have one inbox to check, so why create more? Google’s setup is smart precisely because it’s designed to work all the places you already do. You send yourself drafts of emails to remember stuff, and instead of shaming you for it Google made those drafts much more useful. It doesn’t matter how you get stuff in the Google atmosphere, just get it in there.

Your first job is just to dump as much as you can into the system. You can email yourself things to do, or put them in your calendar, or take quick notes, or take a picture. Then, once you get everything in the system, process it all as fast as you can. Anything you don’t need to deal with right now, either mark it done or snooze it for later. (Seriously, snoozing an email until tomorrow is the best feeling ever.) Even if you don’t get everything done, that’s fine—your tasks will follow you around until you complete them or snooze them again. You wind up with no choice but to actually get stuff done, if only to just clear out your calendar and inbox.

All you really need to make Google work as a productivity system is either Inbox or Calendar. Calendar’s probably the best place to start, if only because the app is so good on every platform. (The only thing you can’t do in Calendar is add tasks with no due-date, which is lame.) Keep is really just a collection and note-taking tool, more able to hoover up quick lists and photos than the other systems. It’s also the best place to keep a grocery list. Once you’re set up and want to get full-on #productive with the Google system, there are a bunch of tips and tools you should know and use:

You can let the system get as complicated as you like, and there are lots of tools and tricks if you really dive in. (You should definitely be color-coding your Keep notes.) But the beauty of the Google Reminders Industrial Complex is that it’s absurdly simple to add stuff because you can add from basically anywhere. It’s easy to see what you have to do because it’s right in front of you at all times. The only thing you have to do is work to keep your inbox clean—even if that means snoozing everything until tomorrow. Which feels pretty good all by itself.

The Anatomy of an Email

How to emfluence Brand Monitoring with Spiral16