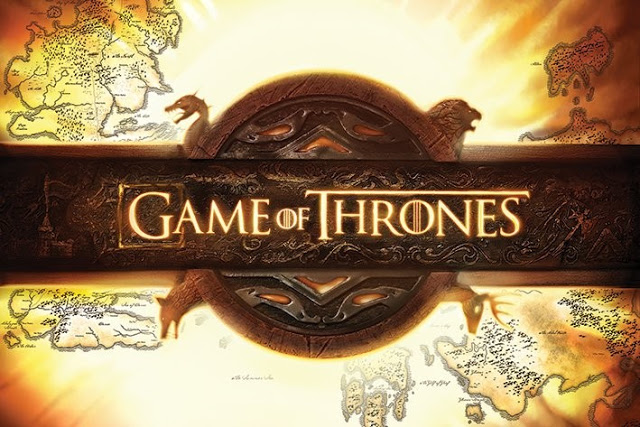 A Game Of Thrones spin off is on the way, HBO have confirmed.

US TV network HBO has confirmed it is in “advanced talks” over the possibility of a Game of Thrones spin-off show.

Currently one of the most-watched shows globally, Game of Thrones is nearing its end and has only two more series expected to air.

However, fans will no doubt be pleased to hear HBO’s chief executive Richard Plepner says a separate show is likely.

“There might be some brand extension that would be exciting. It certainly has not escaped the producers,” he told the Hollywood Reporter.

However, Plepner remained coy about any prospective details. “Right now we’re focused on finishing the series with the kind of energy and excitement that everyone has come to expect. We’re going to do that while at the same time parallel processing very embryonic stages of other possibilities.”

If a spin-off is on the cards, it will not air until at least 2018, after Games of Thrones finishes.

With the history of Westeros so varied and detailed, which era would fans most like to see brought to life?

The television series begins with Robert Baratheon on the throne, reminiscing about the great civil war that resulted in the fall of House Targaryen 17 years earlier. The events of Robert’s Rebellion, also known as the War of the Usurper, are mentioned repeatedly on the show: the houses rebelled against the rule of Aerys II Targaryen, an erratic and murderous king, who was ultimately betrayed by his Kingsguard Ser Jaime Lannister. Ned Stark and Robert fought against the Targaryens after Lyanna Stark – Ned’s sister and Robert’s betrothed – was kidnapped by Prince Rhaegar.

Robert eventually killed Rhaegar with a blow to the chest from his war-hammer and Ned later found his sister, who had just given birth to a baby boy. She had only the chance to extract a promise from her brother – widely thought to be an oath to look after her son, Jon Snow, as if he were his own – before she died.

The birth of the White Walkers

The origin of the White Walkers was touched upon in season six, through one of Bran Stark’s flashbacks. The ancient race of humanoid ice creatures were created thousands of years before the period in which Game of Thrones is set, by the Children of the Forest, to protect themselves from the First Men. Such a prequel might also include the “Long Night”, the longest winter in history, during which the White Walkers descended on Westeros, killing all in their path and reanimating the dead as zombie-like “wights”. They were finally defeated in the War for the Dawn, after which The Wall was raised and the Night’s Watch was founded.

The Reign of the Mad King

The rule of Aerys II Targaryen might not offer wars for the throne, but it would chronicle the demise of the Mad King and a lot of brutal executions. It would also offer viewers a glimpse of their favourite adult characters as children, including the Lannister siblings and Ned Stark – and perhaps offer an explanation as to why Aerys II was shouting “Burn them all” before he died, as seen in one of Bran’s season six flashbacks.

The Doom of Valyria

Daenerys Targaryen’s three dragons have provided several great action scenes in Game of Thrones – but what if there were hundreds of them? The Doom of Valyria would make for exciting television, as catastrophic volcanoes and earthquakes destroyed the city of Old Valyria and wiped out most of the dragons. Viewers were given a glimpse of the city’s remains during season five, when Tyrion Lannister and Ser Jorah Mormont sailed from Volantis to Meereen.

The story of Nymeria

The warrior queen Nymeria, an ancestor of House Martell, is a legend in Game of Thrones after leading the Rhoynar refugees to Dorne a thousand years ago. The Rhoynar people were on the verge of being conquered by the Valyrian Freehold and its dragons, but Nymeria rallied survivors and sailed to Dorne, where she had their 10,000 ships burned so nobody would turn back.

She married a local king, Mors Martell, and together they unified all of Dorne. Two centuries later it became the last of the Seven Kingdoms. Nymeria is revered as the founder of Dorne and her name became popular in the realm. Even in Winterfell, young Arya Stark chose to name her direwolf after the warrior queen.

7 ways to increase conversion rates on your thank you pages

5 reasons why IT service management is essential?