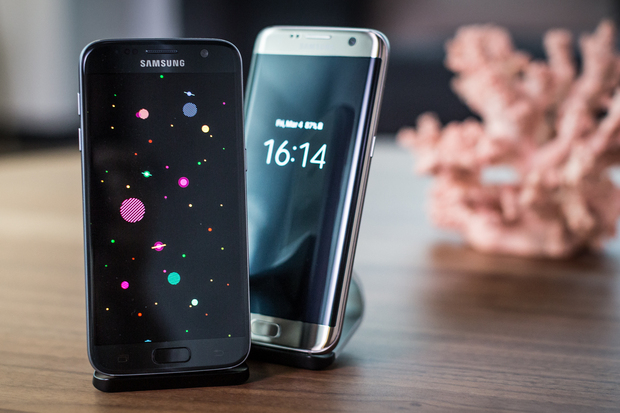 The AT&T S7 and S7 Edge get the monthly security update, while the Galaxy S5 and S5 Active finally get Marshmallow along with Wi-Fi calling capabilities.

According to GreenBot, All of the cool features are pretty grand, but there’s still the grunt work to be done in churning out updates for existing phones. A few popular phones got some update joy this week, so let’s dig in so you don’t miss out on any of the action. Besides, it’ll give you something to do while you tepidly hold your Galaxy Note 7 in case it catches on fire.

Each week, we compile all the major software updates to hit the ecosystem, including phones and tablets on U.S. carriers, unlocked phones, Android Wear smartwatches, and Android TV devices. Making sure your device is running the latest available software is a good housekeeping practice, ensuring you have the latest features with fewer bugs and gaping security holes.

Galaxy S7 Edge: There is a Verizon update that reduces HD voice drops and brings FM radio to your smartphone. There’s another app you didn’t ask for with a barcode scanner that will recognize coupons, tickets, and other codes. The update should be available now.
Galaxy S7: The same enhancements are coming to the S7, so look for an over-the-air Verizon update to be available.

Galaxy S7 Edge: An AT&T update is available that brings the August security patches to you. If your phone hasn’t pinged you about it yet, check for an update in the settings and you should be ready to go.

Galaxy S7: Same here for the non-curvy model, with the AT&T update protecting you from all that pesky malware Google uncovers every month.

Galaxy S5: In a true test of that whole patience being a virtue thing, you can finally get Android Marshmallow on your GS5. AT&T says you’ll also get Wi-Fi calling to go with all the software upgrades and enhancements that come with Marshmallow.

Galaxy S5 Active: You’ll see the same update as the Galaxy S5, which includes Marshmallow and Wi-Fi calling. Look for an AT&T update to be ready for download.

ZenFone 2: The long wait for Marshmallow is finally over. Asus is updating two models of the ZenFone 2, the ZE551ML and ZE550ML. Along with Marshmallow, Asus is eliminating a ton of bloatware by dropping 21 apps that were previously installed automatically.

Day in the life: How Birchbox’s community manager responds to 200 customers a day

How to Conquer Public Speaking Fears

WhoSampled now shows you how your favorite musicians are connected