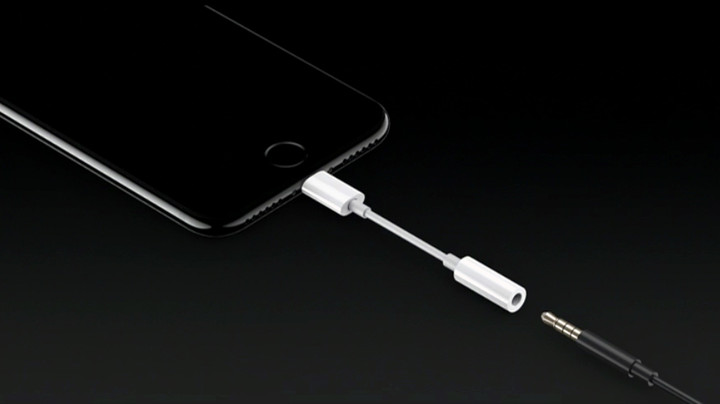 As predicted, Apple just killed off the headphone jack in the new iPhone 7 and iPhone 7 Plus. The familiar and universal 3.5mm headphone jack — also known as the 1.8-inch headphone jack and TS jack — is nowhere to be found on its new phones. Apple wheeled out plenty of rationalizations for the decision, but at the end of the day, it was a bad call, and a step back for the forward-thinking tech giant.

We’re talking about the same mini plug which was first used in Sony’s EFM-117J transistor radio in 1964, and which was popularized for portable personal electronics with the original Sony Walkman, released in 1979. The tech behind it goes back over 100 years, and we’ve been buying and collecting wired headphones using this connector for over 36 years now. While Apple hasn’t left wired headphones completely in the dust, it has made connecting them to its latest phones a big hassle.

We did it because …

Apple Senior Vice President of Worldwide Marketing Phil Schiller boiled the decision to kill the headphone jack down to one word: courage.

Yeah. That’s one way to put it. Another might be: gamble.

Apple has done something it’s never done before: alienating millions of people.

Apple says it has a long-term vision for audio, which is impressive considering it doesn’t seem like it’s had any vision for audio at all until it purchased Beats headphones in 2014. Instead of killing the headphone jack, Apple could have made a better sounding EarPod, improved the digital to analog converter (DAC) in its headphones to support higher resolution audio files, or beefed up the headphone amp for better overall sound for any headphone. None of those options would have required adding any new space-hogging components to the phone or required any radical redesigns, though it may have cost more. Know what it wouldn’t have required? Courage.

Regardless, Apple had opportunities to take audio more seriously, but it didn’t. How new, exactly, is this audio vision?

Schiller also pointed to the Lightning connector. “From the start, we designed Lighting to be a great digital audio connector,” he said before pivoting toward an example of new headphones ready to use the digital plug, the JBL Reflex Aware, noting they require no battery to charge, since the iPhone provides all the power. It may be true that the Lightning port is meant to be a great digital connector, but that has nothing to do with ditching the analog component. Android phones use the micro USB plug as a digital connector, but they still have their 3.5mm headphone jacks on board.

Finally, Schiller, after taking a moment to poke fun at the century-old 3.5mm jack like it was some cute, tech-averse grandma, pointed at space considerations as a third motivating factor. “Our smartphones are packed with technologies and we all want more.” Apple says it needed space, and needed it right away. “When you have a vision of how the audio experience can be, you want to get there as fast as you can and make it as great as it can be.” To be fair, there’s some truth in there somewhere. As a tech-obsessed public, we do want more. We expect more. And perhaps Apple did need the space. Or maybe the phone doesn’t have to quite so thin?

Headphones of the future

To work with its new headphone jackless phones, Apple introduced two new Apple-branded products, three lines of wireless Beats headphones, and some new wireless tech to drive it all. The new Apple EarPods remained wired, but simply use the Lightning connector now. As such, they’ll be outfitted with a DAC/headphone amp and will draw power from the phone, ultimately reducing its battery life, though perhaps not much more than when the same components were located inside the phone.

Apple also introduced the AirPods, completely wireless in-ear headphones that look a lot like golf tees sticking out of your ears when worn. They’re powered by the new W1 wireless chip, Apple’s first ever proprietary wireless technology, which is meant to make pairing easier than with Bluetooth. Battery life is a relatively impressive — if still inadequate — five hours per charge, with an included charging cradle providing up to 24 hours of charge in total. Finally, Apple pointed to three series of Beats headphones which would take advantage of the new W1 chip. Add them all up and you have five Apple-specific headphone options, all of them squarely planted in Apple’s walled garden. Typical. Fortunately, companies like Audeze are working hard to make Lightning connections an option, not a requirement.

We still don’t know how Apple’s new wireless tech will actually sound, but if history is any indication, it will be “just OK.”

Take off the Apple goggles, already

Apple may be showing a lot of cojones by blazing its own trail, but once the Apple magic glitter starts to wear off, it becomes clear Apple has done something it’s never done before: alienating millions of people. At a time when wireless headphones just can’t compete with their wired counterparts, this seems like a radically premature move, if not an entirely short-sighted one.

“Bluetooth is still no substitute for the rich audio experience you get from a wired connection.”

This isn’t like Apple’s move from its 30-pin connector to Lightning. On the other side of that cable is a standard USB port, which means Apple’s devices can easily be charged and interfaced with by all kinds of peripherals. As for interfacing with third-party peripherals, Apple made that move at a time when people were already abandoning hard-dock connections in favor of wireless options — adapters were made available, but not really necessary. By forcing people to connect headphones via Lightning, Apple is trying to force headphone manufacturers to create an additional, Apple-only model for every single headphone product they already make. That’s going to be a costly transition, and one that will take time. If it takes at all. Maybe a big brand like JBL can hack it, but what about all the other, smaller headphone brands out there?

But Apple is including an adapter dongle, you say. People will still be able to connect their old wired headphones if they want to, and at no additional cost!

Indeed, Apple was wise to include the lightning to 3.5mm adapter. If it hadn’t, the uproar would have been fierce. But this adapter sounds like a last-minute move by Apple to save its ass. And it probably isn’t going to work.

Ever tried to slip an iPhone connected to a charging battery into a jacket pocket or hand bag? It eventually stops charging because the Lightning connector pops right out of the phone — it’s worse if you have a case on the phone. There’s simply not enough strength at that connection point to allow even a modicum of strain on the Lightning cable without it popping out.

The same thing will happen to headphones connected to the new iPhones. The Lightning adapter will pop right out, and the music will stop. Talk about a buzzkill. Also, dongles are a pain. It’s one more thing to carry, one more thing you can lose, and it makes using your sleek new device awkward. This is Band-Aid fail if we’ve ever seen one. And if the Band-Aid doesn’t work, then something’s gonna bleed out.

The other glaring problem with using the Lightning port for connecting headphones is that you preclude the phone from charging while listening to music. Pay special attention over the next few days to when you have to go charge your phone. Were you listening to music at the time? Not any more.

Wired headphones don’t usually rely on batteries, and when they do, they are often user replaceable, or at the very least last much longer than anything Apple is offering. Plus, as good as Bluetooth has become in recent years, it’s still no substitute for the rich audio experience you get from a wired connection. Today’s wireless audio is probably good enough for the vast majority of the iPhone 7’s target audience, but audiophiles will still prefer the better sound you can get from a hard connection. Read more at Digital Trends.

The cost of discontinuity

Grow Traffic to Your Blog Through Guest Posting and Creating Content for Other Blogs,...

7 tech-savvy ways to upgrade your wedding

Brigade tries to provide a simple solution to elections, but is it too simple?