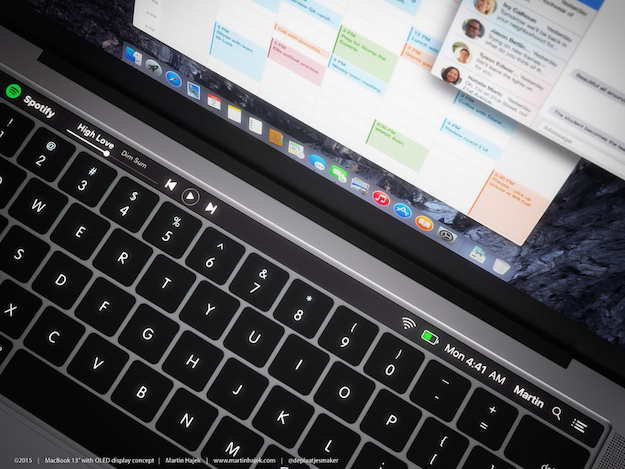 Apple is very interested in virtual reality, but not all of its hardware can support VR at this point. However, things may change later this year when Apple launches its 2016 MacBook Pro series. Detailing the alleged new features of the new laptops, a report casually mentions that some models will pack high-end Polaris graphics cards, which have been built to offer gamers cheap access to VR, at least on desktops.

That said, it’s not clear what type of AMD Polaris graphics card will be found in the new MacBook Pro.

“Apple is using one of AMD’s ‘Polaris graphics chips because the design offers the power efficiency and thinness necessary to fit inside the slimmer Apple notebook,”Bloomberg noted in a new report.

The “high-performance graphics chip” from AMD will equip only one version of the upcoming MacBook Pro, the report says, suggesting that Apple will stick to its policy of only using more powerful graphics cards in some of its MacBook Pros. It’s unclear what company will provide the processor for the new MacBook, with Intel being Apple’s choice for previous models.

BGR did not only focus on the chips and graphics cards of the upcoming MacBook Pro. According to the report, Apple is preparing the most significant overhaul to the laptop line in over four years.

The 2016 MacBook Pro should be thinner than existing models, but they won’t be tapered like the MacBook Air and Retina MacBook. Even so, they will have a smaller footprint and the case will have shallower curves around the edges.

The pressure-sensitive trackpad is slightly wider, and a secondary, likely OLED-based screen will replace the function key row on the keyboard. The new touchscreen is supposed to offer users fast access to context-aware shortcuts. Depending on the app on the screen, the secondary display will show shortcuts that fit the task at hand, such as media playing controls or shortcuts to some of the most frequent actions inside an app, like copy and paste.

The new design also includes USB-C ports, and Apple may launch the MacBook Pros in iPhone colors, including gray, gold and silver.

A fingerprint sensor will also be found on the new MacBook Pros, and will likely borrow the Touch ID features on the iPhone. Users will be able to unlock the laptop with their fingerprints and authenticate Apple Pay purchases online.

The new computers have been in “advanced testing” inside Apple since earlier this year, and should be unveiled during a press event later this year — but not the iPhone keynote that’s reportedly scheduled for September 7th.

How the media chewed me up and spat me out after I blogged about...