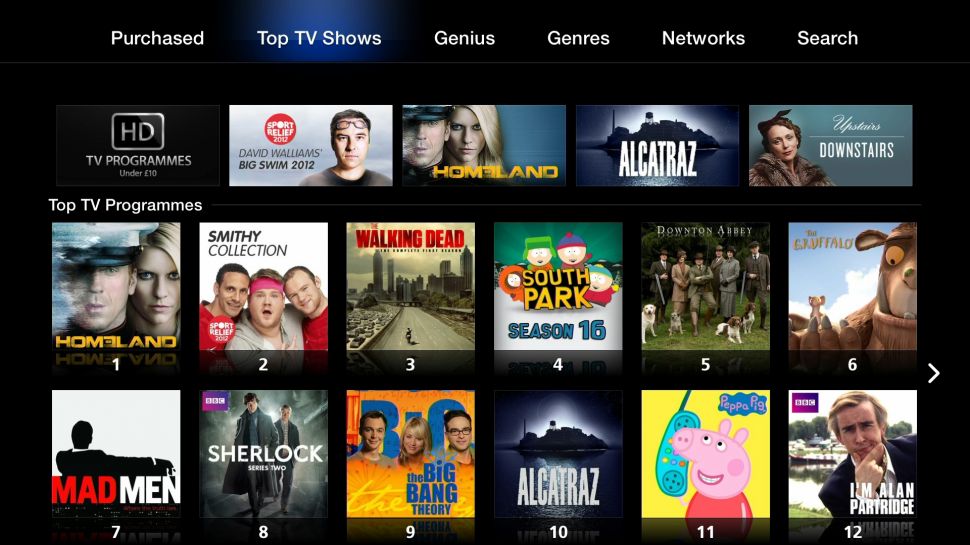 Apple is investing in shows that tie into other Apple stuff.

You may have heard by now that Apple has a reality TV show in the works. The show has a formula (app developers competing for mentorship and money), a meme-worthy name (Planet of the Apps), a successful Hollywood production group attached (Propagate Content), and casting calls in the works. Sounds like TV to me.

But Apple’s original TV show isn’t actually “TV” in the traditional sense. It’s using the form of a TV show for a much more Apple-centric goal. Specifically, Apple’s new TV show is about hyping up the app ecosystem. It may even be distributed through an app, through Apple Music or an app-centric Apple TV box, and it will serve to drive people to the App Store. In a lot of ways it’s a marketing vehicle packaged as TV programming, and it underscores two things: it’s as close as Apple is getting, right now, to creating original TV, and Apple’s services are increasingly important to the company.

The TV show’s premise is this: a group of app makers will battle it out for resources, mentorship, and eventually a $10 million pot of venture capital funding, though that sum may be split among multiple contestants. The types of apps the show producers are looking for are still to be determined, but they’ll likely have mass appeal or be visually interesting. (HBO may have turned some people on to compression algorithms with itsSilicon Valley series, but watching engineers build a backend tool over a series of months isn’t usually must-see TV.)

Earlier today, Propagate Content and Apple announced that Gwyneth Paltrow, Will.i.am, and new media guru Gary Vaynerchuk have signed on to the show as mentors and producers, so there are celebrities involved as well. The show is expected to come out sometime in 2017.

But here’s where it gets interesting: one of the “prizes” attached to the competition will be the chance to have your app featured in the App Store. The carrot on the stick isn’t just the funding; it’s the chance to have your app front and center in a digital store that has swelled to more than 2 million apps. These apps are “now driving culture in a way, perhaps, that music did in the 60s and 70s,” said Howard Owens, co-founder of Propagate Content. “Now it’s the founders and the creators of these apps who are center stage.”

To TheVerge, naturally, the apps on Planet of the Apps would have to be built for iOS, Mac OS, Apple TV, or watchOS — not exclusively, but it’s hard to imagine a developer announcing “And now we’ll build for Android!” during their brief stint on the show. That would probably make good TV. But again, this is the kind of TV content you might be thinking of.

Apple executive Eddy Cue has even said that Apple is only interested in projects tied to its products, and that it’s not trying to compete with the likes of Netflix or Comcast. “We’re not in the business of trying to create TV shows,” Cue told The Hollywood Reporter in a recent interview. “If we see it being complementary to the things we’re doing at Apple Music or if we see it being something that’s innovative on our platform, we may help them and guide them and make suggestions.”

Apple’s strategy isn’t altogether surprising, nor is it totally alone in this thinking: Amazon has also justified its original video efforts by saying that it boosts the company’s core businesses. Jeff Bezos said at Recode’s Code Conference earlier this year that he doesn’t think Amazon Prime Video competes with Netflix, and that when Amazon “wins a Golden Globe, it helps us to sell more shoes, and in a very direct way.” But Amazon now has several TV shows in the works and is actually distributing compelling, award-winning and nominated content that is meant to be good on its own merits. Amazon video might have the goal of selling more shoes, but unlike Apple’s new venture, that’s not the explicit content of its shows.

Maybe Apple will get there, too — eventually. It certainly seems to be trying a lot of different strategies in TV, including plans for a TV guide that works across apps and channels, as Recode just reported. Planet of the Apps is still in its early days of production, and Apple has only just acquired Carpool Karaoke. But right now, it’s mostly about that tie-in to existing Apple services, and not the edgy kind of storytelling that would signal a serious commitment to original content.

Ookla releases US internet speed report: Getting faster with %40 increase in a year