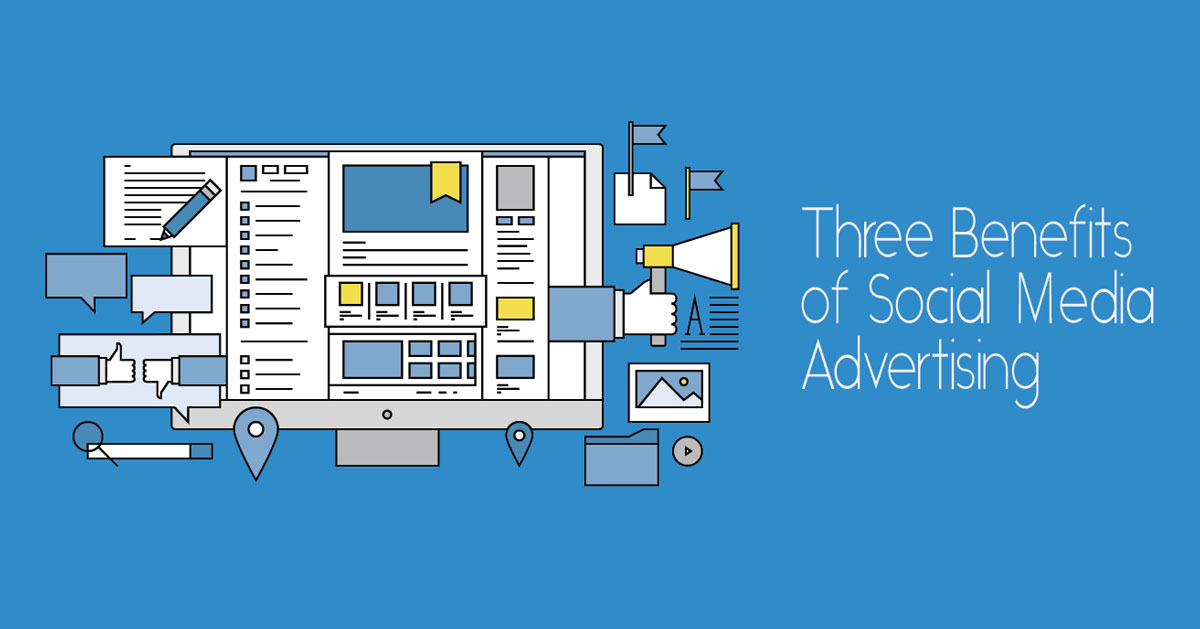 As you can see, it’s all happening online. So what are the benefits of getting your remodeling company there as well? Here are six, for starters.

Low cost: Advertising through social media platforms is inexpensive compared with many offline platforms. In fact, many social media platforms are still free to engage in—apart from the costs associated with the design and production of what you post. Unlike TV, print media, or radio advertising, you certainly don’t need a model, a voiceover artist, or an actor to create ads online.

Broad reach and targeted focus: One of the key drivers—and advantages—of social media advertising over traditional advertising is its reach. Reaching your audience, and more importantly, targeting and focusing on the right kind of prospect has become much easier compared with many of the “shotgun” approaches you have to take just to get a 1% to 2% return offline.

Easy sharing: Your message gets a second life when it’s shared with others in their circles, and sharing on social media and the Web is almost effortless. (Also, something as simple as a mailing list becomes a bit obsolete when you consider the cost savings of not having to pay for ever-increasing postage rates.)

Real-time analysis: With traditional forms of media, real-time analysis of the impact of an ad campaign is almost impossible, and even if it is done, it’s done in the long-term. Conversely, measuring the efficacy of advertising through social media can be done almost instantaneously.

Future-proof: Last but not least, advertising on social media is the future. As mentioned earlier, with the rise in ad dollars spent on online marketing and the “constant hot” connection to the Web, more and more companies will want to be where the eyeballs are … and that’s online.

Democratization: The Web provides no cover for companies that don’t perform offline. If you have trouble in markets where below-substandard operators exist, then the Web is where you want to be. Trunk slammers and home scammers can’t exist online because they’re flushed out too quickly. That’s why you want your message heard loud and clear, so you rise above the rest of the competition when people are ready to buy.

There are countless other reasons why you should shift your focus online, but let’s just call a spade a spade: Social media is here to stay. If you don’t have the time or the budget to build your brand online, you will be washed away by companies who make the investment. Read more at: http://www.remodeling.hw.net/business/marketing/6-advantages-of-social-media-advertising-over-traditional-advertising_o

A well-made advert draws your attention and sticks in your mind for a long time. This is exactly the kind of effect needed to deal with social problems. Making people stop and think, as well as forcing them to act, is the first step towards significant changes.

We put together 17 of the most power examples of social advertising we’ve seen this year. Some of these really made us stop and think.

The Beijing-based company Ogilvy has created a campaign that shows what place electronic gadgets take up in our lives. The campaign slogan is: «The more you connect, the less you connect.»

’Speed kills’ – this slogan has been used repeatedly in road safety campaigns. Advertising agency Western Cape Government really made this idea strike home with the above images.

’Travelling with a large back pack is not a reason to get in other people’s way.’

French company RATP, which runs the Paris public transportation system, launched an advertising campaign that encourages people to respect other passengers in a vaguely humorous but also very striking way.

See how easy feeding the hungry can be?

TBWA\Hunt\Lascaris agency (Johannesburg, South Africa) created this heartbreaking ad campaign that calls for help for those who are going hungry.

Brazilian agency Terremoto Propaganda created posters like this aimed at warning people against drunk driving. They really offer a new perspective on this troubling issue.

Nobody could walk past this without noticing…

Now here’s a really original way to keep the streets clean. It was invented by the Hubbub organization from the UK. The project encourages smokers to vote on a variety of topics by putting their cigarette butts in separated containers instead of throwing them on the pavement.

Your child is what you eat

This poster was made by creative agency Paim at the request of the Brazilian Society of Pediatricians (SPRS). It very clearly brings out how mothers’ eating habits can cause problems faced by their children in the future.

No child has ever dreamed of becoming a fat adult

This advert, created by LatinWorks agency (Austin, USA), was aimed at raising awareness of the obesity issue. It really brings home how obesity can lead people to lose sight of achieving their dreams.

Colgate-Palmolive started a campaign for the economical consumption of water resources, and this was the striking and persuasive result.

Social campaign of Mozambique Fashion Week speaks out against the fur coats and other fur products, for banning the use of ivory and rhino horns but it’s unlikely to stop poachers. But maybe it will make customers take thought?

Think of both sides

These Portuguese public service adverts were created by the APAV organization. They depict toys doing the things that many children all over the world are forced to do — work. The sight of a teddy bear sitting in front of a sewing machine and a Teletubby cleaning someone’s shoes leave a lasting impression.

When you see tuna, imagine it’s a panda

Singapore agency Ogilvy & Mather forces us to think about our double standards when it comes to killing animals: what if it was a cute fluffy panda were were slaughtering for food instead of tuna?

Don’t talk while you drive

The Mudra Group, an Indian advertising agency, has tried to encourage people to be careful while driving by not talking on the phone with this unpleasant but very effective series of posters. It’s clear that making this mistake may lead to irreparable consequences.

These adverts were created by Singapore-based agency Publicis to remind us that ’activism’ on social networks has no real effect on the world’s problems.

This striking Icelandic public service ad offers a stark message to tipsy citizens who make the wrong decision when choosing their way of getting home: a taxi, a police car, an ambulance…or a hearse. Straight to the point, and it really makes you stop and think. / Read more at: http://brightside.me/article/17-outstanding-examples-of-social-advertising-weve-seen-this-year-58205/

Microsoft’s next Build conference is slated for March 30