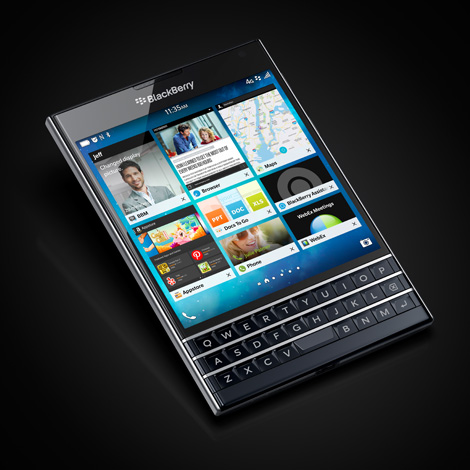 Consider BlackBerry. Think about the company, its products, its most iconic features. What comes to mind? Business apps? A QWERTY keyboard? BBM? The once-mighty Canadian smartphone maker is banking on one word standing above all the rest: security.

You see, BBM is no longer solely the realm of BlackBerry devices, and the keyboard hasn’t been ubiquitous since the company belatedly responded to iPhone with the Storm in 2008 (a chapter the smartphone maker would likely just as soon forget). Heck, even the productivity focus has taken a backseat as Apple and Android devices have made sizable inroads in the enterprise space.

When the company finally launched its long-awaited Android handset late last year, security was front and center. In fact, the product’s name was the first four letters of “privacy.” Security was how BlackBerry envisioned the Priv standing apart from the countless throngs of Android devices. Well, security and a slide-out key. This time, however, the company’s latest device doesn’t even have one of those.

The company has taken to calling the DTEK50 the “world’s most secure Android smartphone” — or at least part of a two-way tie with the Priv. In fact, the company just went ahead and named the handset for the privacy app it introduced with its first Android phone. It’s one of a number of qualities the device shares with the Priv — and really, the new handset is a supplement, not successor to that device.

The DTEK50 is both a show of faith to the company’s continued commitment to Android and an attempt at wider-scale accessibility with a starting price that undercuts last year’s model by a full $400 — a smart move, given that the Priv’s $699 price tag was among many reviewers’ chief complaints. The new phone is a much more populist device, a fact reflected in the video that opened the product’s launch event, in which the company questioned people on the street about smartphone security.

So, with a new take on the company’s new approach, we find ourselves asking the same question we ask each time the company offers a new device: Could this possibly be the one that puts BlackBerry back on the right track?

If there’s no physical keyboard, can we really call it a BlackBerry? It’s one of those “if a tree falls in the forest”-style thought experiments. When the iPhone first appeared on the scene, it was precisely the company’s refusal to drop the keys that set it apart. Ultimately, however, the company’s stubbornness is precisely what got it into this position in the first place.

Naturally, when it finally embraced Android, the company did so with a keyboard in tow, a nod to the fact that, even as it embraced another company’s operating system in order to open itself up an active app development ecosystem, it maintained a focus on what made it different. When the DTEK50 was first unveiled this week, there were questions around whether or not the device was simply a middling piece of hardware rebadged with a BlackBerry logo. The answer is yes and no. When I first laid hands on the phone, it turned out to be a lot nicer than I’d originally anticipated. As the company notes in its press material, its 7.7mm width makes it the company’s thinnest phone to date. And at 4.7 ounces, it’s also quite light.

How to Effectively Drive More Facebook Traffic to Your Blog