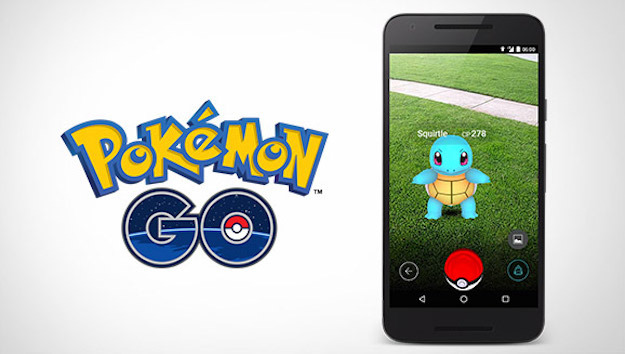 We’ve talked about this more than once before, but Pokemon Go can be fairly inscrutable at times. If you never do any research, there are all kinds of tips, tricksand easter eggs you’ll likely never find. But if and when you finally do decide to use the internet to improve your Pokemon Go game, you might want to watch out for tips that seem reasonable, but have been proven false.

On Monday, CNET shared a list of Pokemon Go myths that have been busted since the game launched in early July. Not all of them are totally worthwhile, but we’ve decided to share a few of the best (and add a couple of our own):

This was one of the first fake tips that I fell for. Shortly after the game released, I read a post on the Pokemon Go Reddit that said if you missed hitting a Pokemon with your Poke Ball, you could pick it back up by tapping on it. Although this makes a lot of sense (and would be a nice addition in the future), it doesn’t work.

Yes, you are more likely to find Fire-type Pokemon in a desert and Water-type Pokemon, but after conducting extensive research, Pokemon Go community The Silph Road found very little evidence that rainfall affected the spawn rate of any specific kind of Pokemon. Just because you feel like you see more Magikarps went the sky opens up doesn’t mean the game is actually aware that it’s raining.

Myth #3: Legendary Pokemon can be caught

My dad swears he saw a Mew on his nearby tracker a couple of weeks ago, but at the moment, there aren’t any Legendary Pokemon in Pokemon Go. The code for those Pokemon exists deep within the game, but you likely won’t be able catch them legitimately until Niantic hosts an event of some kind.

You might find a Gastly at a graveyard, but that’s not because it’s more likely to spawn there. Similar to the rain myth above, the idea that Ghost-type Pokemon are more easily found in cemeteries or graveyards or haunted houses has been thoroughly debunked in the months since launch.

They don’t. Not yet, anyway. You might have seen a YouTube video or two of someone supposedly catching a shiny Pokemon (a nod to the holographic Pokemon cards we all went crazy over as kids), but unlike the Legendary Pokemon, shiny creatures aren’t even in the game’s code. That’s not to say we’ll never see sparkly Pokemon, but you definitely won’t find one today.

Every Pokemon you catch in Pokemon Go has a weight and height stat. Although the Combat Power and the Individual Value are vital in determining whether or not your Pokemon could help win you a gym battle, there’s no evidence that the size of the Pokemon has any effect on… anything. You can unlock medals by catching Pokemon of certain sizes, but a 10 foot tall Pokemon isn’t going to beat up on a 2 foot tall Pokemon just because it’s bigger.

Myth #7: Incense only works when you walk

This one is actually half true. Digging into the code, one Reddit user discovered that the time between Pokemon encounters is listed at 300 seconds when a trainer is standing still with an active incense, while the time between encounters shrinks to just 60 seconds when the game detects that the trainer is moving. So you can use your incense while you’re sitting around watching TV, but you’ll get a lot more use out of it if you grab your phone and walk around the neighborhood.

The ways to use Twitter as a marketing platform

I tried Go Cubes chewable coffee, and I’m pretty sure this is what cocaine...