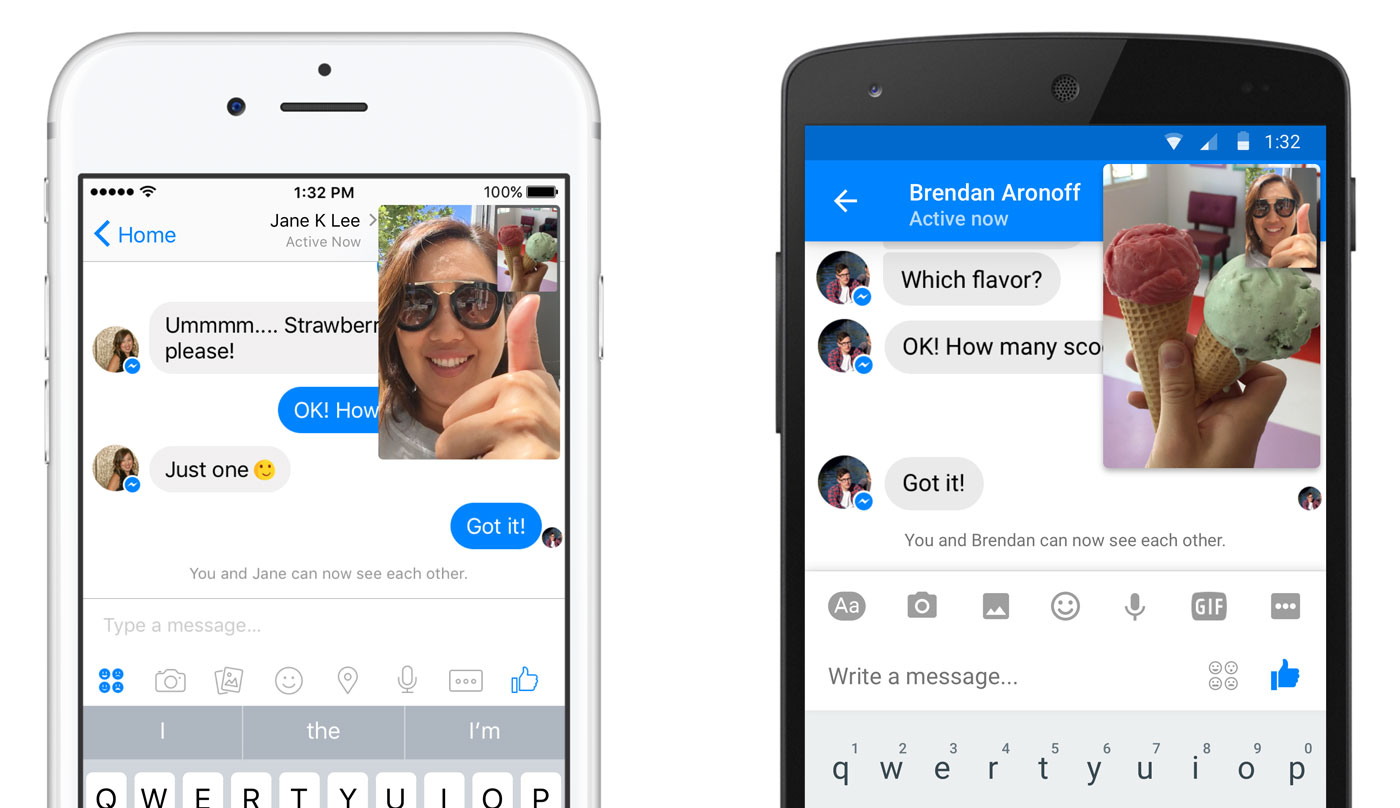 Bots have been all the rage in Facebook Messenger over the last few months, but today the social network is adding a new way to chat with your pals. The company announced a tool called Instant Video that allows you to have those quick conversations face-to-face in addition to text and photos. Yes, video calling was already available in Messenger, so what’s new here? Well, Instant Video is meant to be easily and instantly (get it?) accessible inside a chat conversation rather than having to go through the process of making a call. It’s all about efficiency.

According to Engadget, If that sounds familiar, it’s because Snapchat allows you to do something similar. Inside that messaging app, you can tap to share video with the person you’re already having a text conversation with in a flash. Facebook’s version works pretty much the same way with an Instant Video icon situated at the top of the window. As long as you and the person you’re talking to are both running the latest version of Messenger for Android or iOS, you’ll be able to employ the feature. Instant Video only works as long as you keep the chat open and you can continue conversing via text while the window floats over your chat. Audio is turned off for the recipient of the video by default.

Decide to take any more inspiration

This isn’t the first time Facebook or one of its apps has taken cues from Snapchat. Instagram Stories arrived in early August to compile images and videos in a format that’s very similar to Snapchat’s own Story feature. Facebook also nabbed face-swapping app Masquerade back in March to add photo filters to its arsenal of apps. In fact, the social network hasalready announced that those features would be available in Facebook Live at some point. Zuckerberg & Co. have clearly taken notice of Snapchat’s popularity, so it’ll be interesting to see it Facebook decides to take any more inspiration from that app in the future.

Blog Authorship: Tools to Keep Your Blog Content Safe from Plagiarists and Duplication

How Chili’s is reimagining the digital guest experience