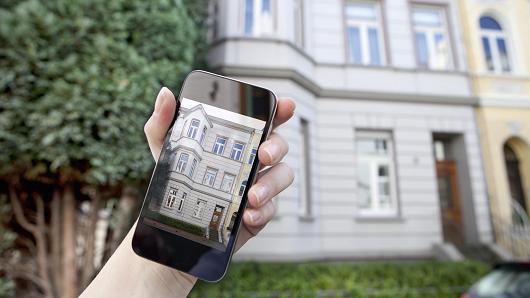 Facebook is getting into real estate. This week, the company proposed building 1,500 apartments near its campus in Menlo Park, California, 15 percent of which it would set aside for low-income families. Urban planners and local developers call it a generous gesture that could bring sorely needed housing to the area.

Facebook isn’t being totally altruistic here. The company plans to hire 6,500 employees within the next few years. To accommodate them, it wants to build two new office buildings and a 200-room hotel on a 58-acre plot of land kitty-corner from its original campus. But many locals, including former Menlo Park mayor Steve Schmidt, aren’t on board with the idea. Earlier this month,in a letter to Menlo Park senior planner Kyle Peralta, Schmidt argued Facebook’s expansion would increase automobile traffic and hike up home prices in what’s already one of the most expensive regions in the US.

Technology companies are playing an increasingly large role in how cities grow—and not always for the better. The Wall Street Journal reports that San Mateo and Santa Clara counties—the heart of Silicon Valley—added 385,000 jobs between 2010 and 2015, but only 58,000 housing units. Unparalleled demand has led to overcrowding, soaring home prices, and fleets of corporate shuttle buses prowling the Bay Area—so companies seeking to expand there often face significant pushback. Facebook is among the latest, and biggest, to experience that resistance.

To appease naysayers, Facebook is making ambitious promises. The housing plan is part of a $15-million community benefits package intended to rally support for the company’s expansion. It isn’t nearly enough to fix all that ails Silicon Valley, but it is an uncommonly civic-minded move for a tech company.

“Facebook planning for housing on its own land is exactly the kind of thing we need,” says Gabriel Metcalf, director of the San Francisco Bay Area Planning and Urban Research Association. That’s because, historically, residential construction in the region has been hamstrung by zoning and development regulations. (Silicon Valley zoning laws, for instance, have long favored commercial development, which generates more tax revenue than apartments.) “We have put in place so many rules and regulations against housing development that we’ve made our housing supply inelastic,” Metcalf says.

It’s also why affordable housing advocates in Silicon Valley support Facebook’s plan, even while acknowledging that it isn’t enough to compensate for 6,500 new hires. “It’s not easy to build 1,500 units—you need the land, you need the funding, you need city approvals,” says Candice Gonzalez, president and CEO of Palo Alto Housing, an affordable housing agency she says has managed to build just 800 units since 1970. When it comes to addressing the issue of housing supply, she says, “every little dent helps.”

The Apple Watch, one year later: Did we expect too much?

Inside the BBC’s social distribution strategy for Brexit coverage

Qantas tries to appeal to millennial fliers with branded-content site

Become a project management powerhouse with this pre-certification bundle