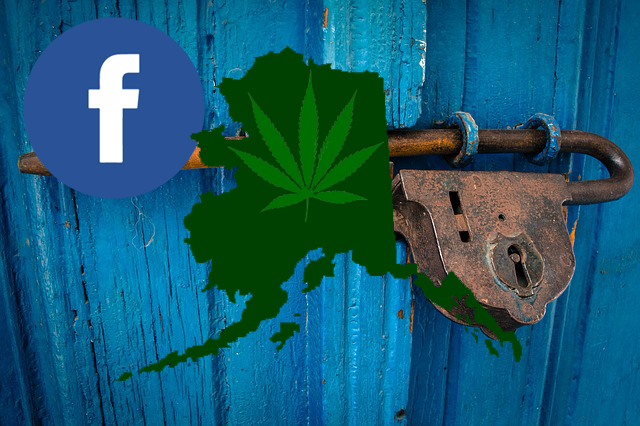 Facebook has shut down pages offering marijuana for sale in Alaska, angering the businesses that run them, who say they were licensed to sell it.

The social media giant said its standards describe what users can post, and content promoting marijuana sales isn’t allowed. The issue has popped up over the last few years in states that have legalized recreational and medical pot, often coming in waves, industry officials said.

THE DRUG IS LEGAL FOR RECREATIONAL USE IN EIGHT STATES

The drug is legal for recreational use in eight states, but it remains illegal on the federal level. It wasn’t clear why the crackdown in Alaska happened within the past couple weeks or what specifically prompted it.

But it comes as social media sites grapple with setting boundaries for what users can post. Twitter has announced efforts to address abusive behavior, while Facebook has said it would do more to help keep violent material and hate speech off the platform.

JANA WELTZIN, AN ANCHORAGE BASED ATTORNEY WHO WORKS WITH THE CANNABIS INDUSTRY

Jana Weltzin, an Anchorage-based attorney who works with the cannabis industry, said pulling Facebook pages of marijuana businesses “has an incredibly negative, chilling effect on the commercial speech of these companies.”

TV and radio stations often do not allow marijuana advertising, so social media is a way for businesses to communicate directly with their consumers, she said. In Alaska, rules for pot advertising are unclear and inconsistent, Weltzin said.

Now you can pay for Netflix inside the Android app

The Brexit hangover has left UK startups drained — Are the brains next?

Now you can watch ‘Star Wars: The Force Awakens’ with Sphero’s BB-8