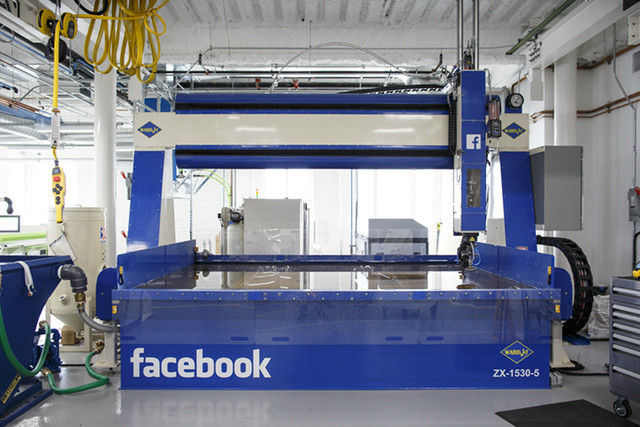 Facebook’s Area 404: New hardware lab for the future. In IT Blogwatch, we search for the answers.

So what exactly is Area 404? Aaron Mamiit gives us some background:

Facebook has opened Area 404…a new 22,000-square-foot laboratory…located…in the main campus of Facebook’s headquarters…The lab is where Facebook is planning to carry out fast prototyping and modeling of its new hardware products and their components.
…
Area 404 will focus on…Facebook’s solar drones, including the internet-providing Aquila, internet-beaming lasers, virtual reality headsets such as the Oculus Rift and next-generation servers.

But what was the impetus behind Facebook building the lab? Mikal Greaves and Spencer Burns tell us from Facebook’s perspective:

Early on at Facebook..we opened individual hardware labs to support new teams…Today we have hardware labs all over the world…but…we started to see that when engineers from different teams came together and shared their expertise, we could make even faster progress on the projects they were working on…We wanted to create more opportunities for these teams to come together…So we built one.
…
This…lab is…outfitted with state-of-the-art machine tools and test equipment…we can now handle the majority of our modeling, prototyping, and failure analysis in-house, decreasing each iteration of the development cycle from weeks to days.

Are you still wondering why Facebook would need a lab like this, though? Martyn Williams shares an example:

Project Aries is a wireless base station that can serve 24 client devices at the same time. The idea is…more data can be sent at higher speeds to more phones, making better use of radio spectrum. Facebook cares about this because it wants as many people as possible…to be able to log into Facebook at the same time. Hardware like this all has to be designed and prototyped somewhere.

Now let’s finally get to the important stuff — why is it called Area 404? Brandon Bailey has the pertinent info:

The lab is dubbed Area 404…playing off the “error 404” message internet users see when they try to visit a web page that can’t be found. Facebook…engineers had long talked about wanting such a workspace, but it couldn’t be found because it didn’t exist until now.

The 22,000-square-foot site will be devoted to the company’s decade-long vision

Facebook is offering the first extensive look inside its huge new hardware lab housed within its Menlo Park HQ in California. The 22,000-square-foot site will be devoted to the company’s decade-long vision for a connected world.

Facebook founder and CEO Mark Zuckerberg laid out his firm’s ten-year roadmap at its F8 Developer Conference in April. Beyond social media, his ambitious plans include providing internet to the world, and pouring more resources into virtual reality (VR) and artificial intelligence.

The new hardware lab will bring together engineers, experts, and employees from Facebook’s disparate departments (who have, until now, been housed in their own team labs) with the aim of sharing proficiency to boost productivity.

Area 404, as it is known, will see members of Facebook’s Connectivity Lab, Oculus, Building 8 (a top-secret R&D wing headed by former DARPA director Regina Dugan), and infrastructure teams collaborate on projects in the same space.

Due to its focus on hardware, Area 404 has been decked out with state-of-the-art machinery. Its inhabitants will have at their disposal an electron microscope and CT scanner that can produce 3D, X-ray images, a 5-axis vertical milling machine, capable of producing large, complex geometry, and a powerful 5-axis water jet that can cut through thick sheets of aluminium, steel, and granite.

The tools will be used on Facebook’s biggest projects, including its OpenCellular device, aimed at bringing mobile connectivity to the developing world. Research and development for the company’s internet-delivering drone Aquila will also take place inside Area 404. Additionally, Facebook intends to use the site to build new VR hardware for Oculus, and its 360-degree camera. The software on both OpenCellular and Facebook Surround 360 may be open-sourced, but the hardware will be built internally.

“We needed a big, open space to complement our custom labs,” states Spencer Burns, a CNC model maker at Facebook. “So we built one, and we call it Area 404 — named for our teams wanting a space just like this one, but one wasn’t found; now it’s found, and we lovingly refer to the space as Area 404.” / Read more: http://www.digitaltrends.com/cool-tech/facebook-area-404-hardware-lab/#ixzz4GNnSM6fR

Facebook used to design its servers and other hardware at labs scattered across the company, but they’ve now been consolidated in a state of the art facility at its Menlo Park, California, headquarters. The new lab is called Area 404, a play on the 404 error message seen on the web and, presumably, the U.S. military’s Area 51 research base. It covers 22,000 square feet and has 50 workbenches where engineers design, build and test their protptype hardware. If you’re wondering why Facebook needs a hardware lab, here’s an example. Project Aries is a wireless base station that can serve 24 client devices at the same time. The idea is that more data can be sent at higher speeds to more phones, making better use of radio spectrum. Facebook cares about this because it wants as many people as possible in a given area to be able to log into Facebook at the same time. Hardware like this all has to be designed and prototyped somewhere. CEO Mark Zuckerberg took to his timeline to introduce the biggest ever hardware lab in Facebook’s history. In fact, not only is it the biggest, it’s also the most advanced and swanky-looking hub of equipment we have seen. 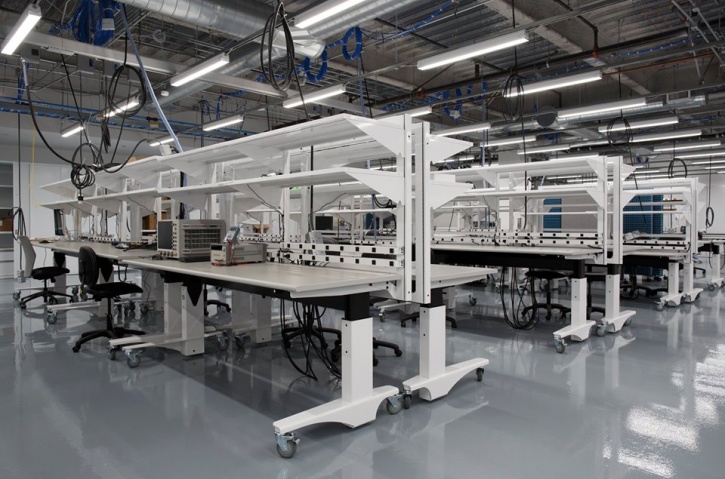 Half the size of a freaking football field, the lab was constructed by removing the floor of the building to incorporate the giant-ass apparatus that will change the very face of technology in the coming years. 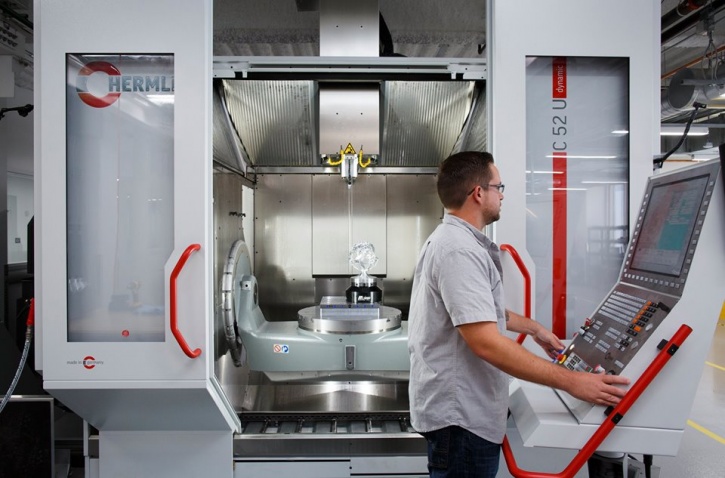 From building Oculus to solar-powered airplanes, Zuckerberg’s looking at one hell of a decade. 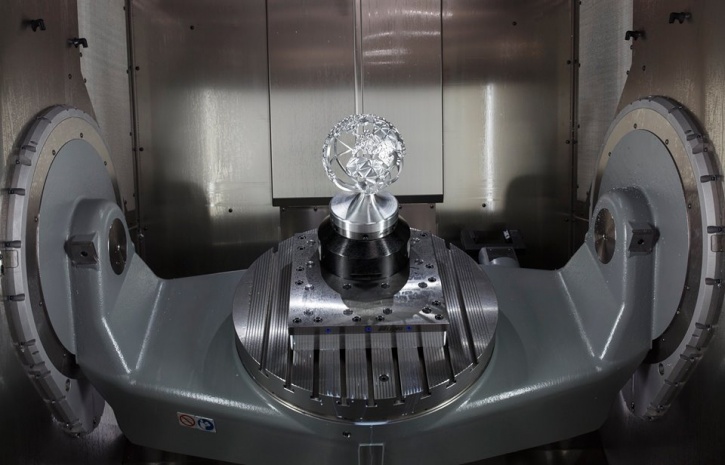 The lab has a 5-axis water jet so powerful it can cut through both steel and granite! There’s more… 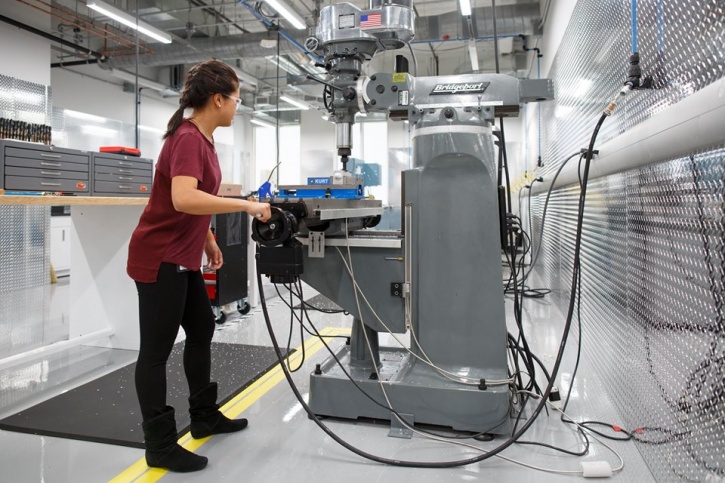 The lab also houses an electron microscope and a CT scanner that will help engineers get a good peak into failure analysis.

Here’s to a magnificent future that awaits us all!

‘A way to go deeper’: How Kohl’s and JCPenney view Periscope

Air Guitar/music and Creative Process & Creativity is a learned skill

How to earn and spend coins in Pokémon Go

How The Times of London is driving digital subscriptions