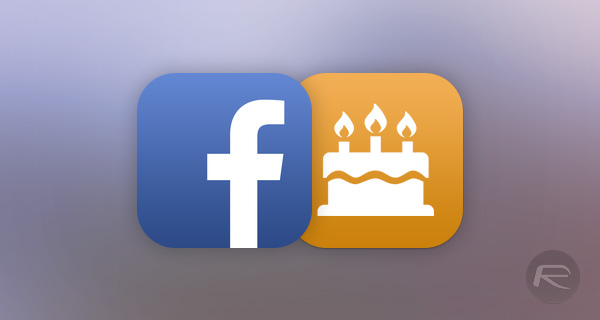 Facebook is giving users a new way to look back on their birthdays. The company is starting to roll out a new video tool that automatically creates a video the day after your birthday to highlight photos and messages from friends.

In the same vein as Facebook’s ‘Friend’s Day’ videos, the new birthday videos weave together birthday wishes from your friends, along with photos of the day.

The feature is rolling out now and users can expect to see it in the coming days. Once live, you’ll see the video the day after your birthday at the top of your News Feed, where you can watch a preview of the 45-second clip. As with other personalized videos Facebook has created, you can edit the clips by adding or removing specific posts.

These videos aren’t the only way the company has recently upgraded how people celebrate birthdays on Facebook. Earlier this year, the social network rolled out a new tool that allows users to record special birthday videos for their friends.

Facebook has become a big part of how people celebrate birthdays over the years (think of how many you would have forgotten if not for the social network), and the company says its users post more than 100 million birthday messages each day. Now, at least, it will be a little easier to look back on all those messages.

Who needs Gmail? 5 built-in Windows 10 apps that do the job

‘Social thermometer’ Flo is the first IoT health gadget you may actually want to...

StubHub will sell tickets directly, starting with the 76ers