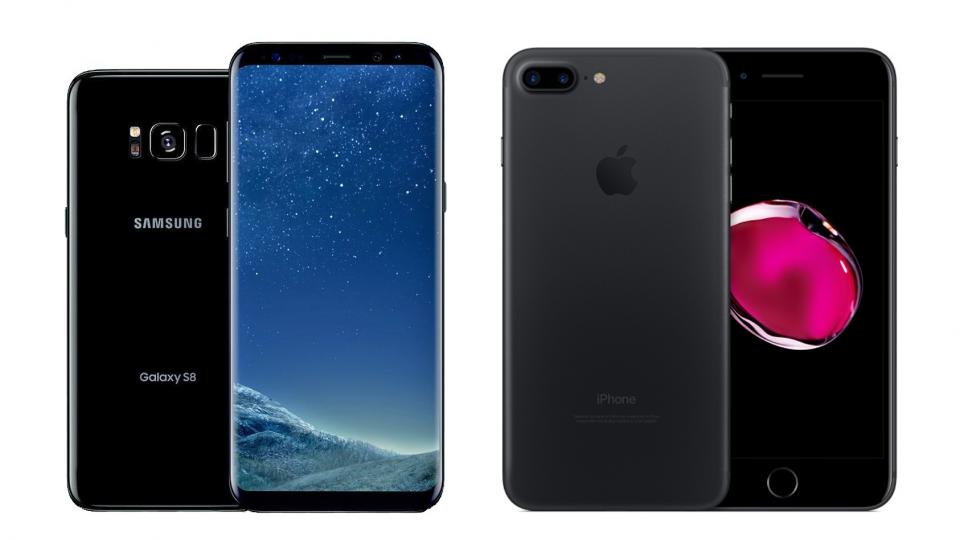 We’re less than two weeks away from the release of the Samsung Galaxy S8 on April 21, but some lucky YouTubers have already got their hands on Samsung’s latest flagship and begun doing some side-by-side comparisons between the S8 and one of its closest competitors: the iPhone 7 Plus.

This video from YouTuber EverythingApplePro compares the S8 and iPhone 7 Plus in a speed test that consists of opening up a series of apps one after another before finishing off by rendering a 4K 30 fps movie file.

One might expect that because it’s packing Qualcomm’s latest flagship Snapdragon 835 chip, the S8 would have an advantage over the 6-month-old iPhone 7 Plus and its A10 Fusion processor. However, the video above seems to show differently, as the iPhone 7 Plus completed the test in almost half the time of the S8.

Another interesting tidbit is that when EverythingApplePro went to rerun the test, it seems the Galaxy S8’s memory management had cleared all the apps except for the video editing app from the S8’s RAM. Meanwhile, the iPhone 7 Plus was able to keep all of the apps open in the background, which meant it didn’t have reload any software when running through the test a second time.

These results would seem to suggest that despite being older, the iPhone 7 Plus is significantly faster than the brand-new Galaxy S8.

There are also other Youtubers, such as Xeetechcare, who performed similar app opening tests between the Galaxy S8 and iPhone 7 Plus. Those results suggest that the S8 might actually be faster.

The secret to being creative