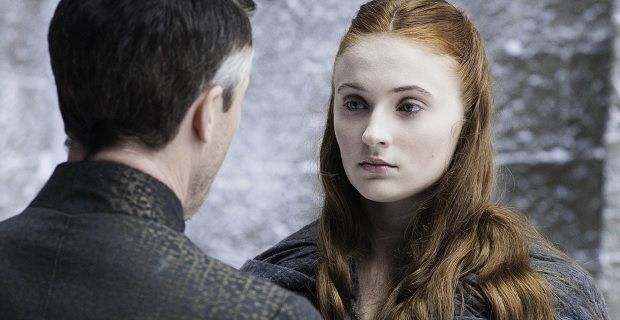 Turner teased that the Dark Sansa in the black dress at the finality of last season was just a taste of what’s to come.

What Will Happen Next For The Show?

In Game of Thrones Season 7, there is a question of whether or not Sansa Stark will survive up to the 8th season of the HBO drama series.

When Turner was asked if any other cast members wanted to get the tattoo she and co-star Maisie Williams have, who plays Arya Stark in the show, she said that the plan was “for everyone to get matching tattoos if we survive to season eight.”

But Turner immediately said that just because she already got the tattoo, “that doesn’t necessarily mean that I’m in there!” She even joked that those who don’t survive could get a temporary tattoo on their foreheads “like a gang-style tat”. This means that any one of the characters may die any time this season.

According to Digital Spy, filming for the show would not wrap until February 2017. HBO will launch the show a little later this 2017 in the summer months.

Why It Is A Loss To Distance Yourself From Negative Engergy

What agency execs are drinking this summer

What happens on the web every minute? [Infographic]

Ask Siri if you can listen to Beats 1 and it’ll probably get the...