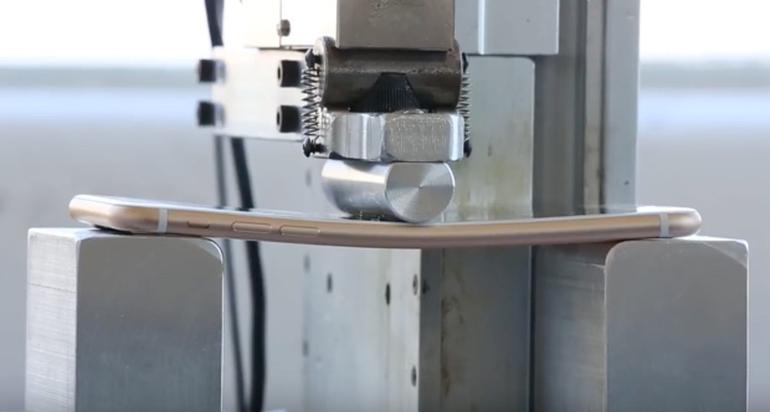 Device warranty outfit Square Trade puts the latest from Apple and Samsung through the paces to see which has the best chance of surviving the “dropsies” and the washing machine.

Cnet says that the water-resistant iPhone 7 and 7 Plus live up to their billing when forced to take a dunk, but they still crack up when dropped again and again. Gadget warranty outfitSquareTrade ran Apple’s latest through a torture gauntlet, and you can see the results in the video below.

Have led to a recall

The company tested the new iPhones for water resistance and durability against the Samsung Galaxy Note 7, which has its own unrelated problems with exploding batteries that have led to a recall.

All three phones lived up their respective claims of water resistance but suffered a bit of audio muffling afterward, which is pretty typical for a water-resistant device that’s taken a bath.

The new iPhones were also subject to some serious pressure to see if they bend, and the iPhone 7 and 7 Plus were found to behave exactly the same as the iPhone 6 generation, with the smaller iPhone bending under 170 pounds (77 kilograms) of pressure and the Plus model starting to give way under 180 pounds (82 kilograms). This was a win for the iPhone when you consider that the Galaxy Note 7 cracked and bricked under 180 pounds of pressure.

The Note 7 also took more of a beating when run through SquareTrade’s tumble bot, which is kind of like a very cruel, colder dryer you really don’t want to put your phone through. Half a minute of tumbling scuffed the iPhones’ corners and left some small cracks, while the Note 7 suffered some major cracking in the same test.

Perhaps the biggest winner of all in SquareTrade’s torture test Olympics was the sidewalk, which came away undefeated after shattering all three phones the first time they were dropped onto the pavement. Three corner drops also did significant damage to all three phones.

“Broken screens are still the leading cause of smartphone damage — and both Apple and Samsung still have a lot of work to do,” Steve Abernethy, executive chairman at SquareTrade, said in an a statement.

The firm gave an overall “breakability score” to each phone, with a lower score indicating a gadget is at lower risk of breaking due to an accident. It gave the iPhone 7 a score of 5; the 7 Plus earned a 6; and the Note 7 got a 6.5, which tagged it with the highest breakability risk of the trio.