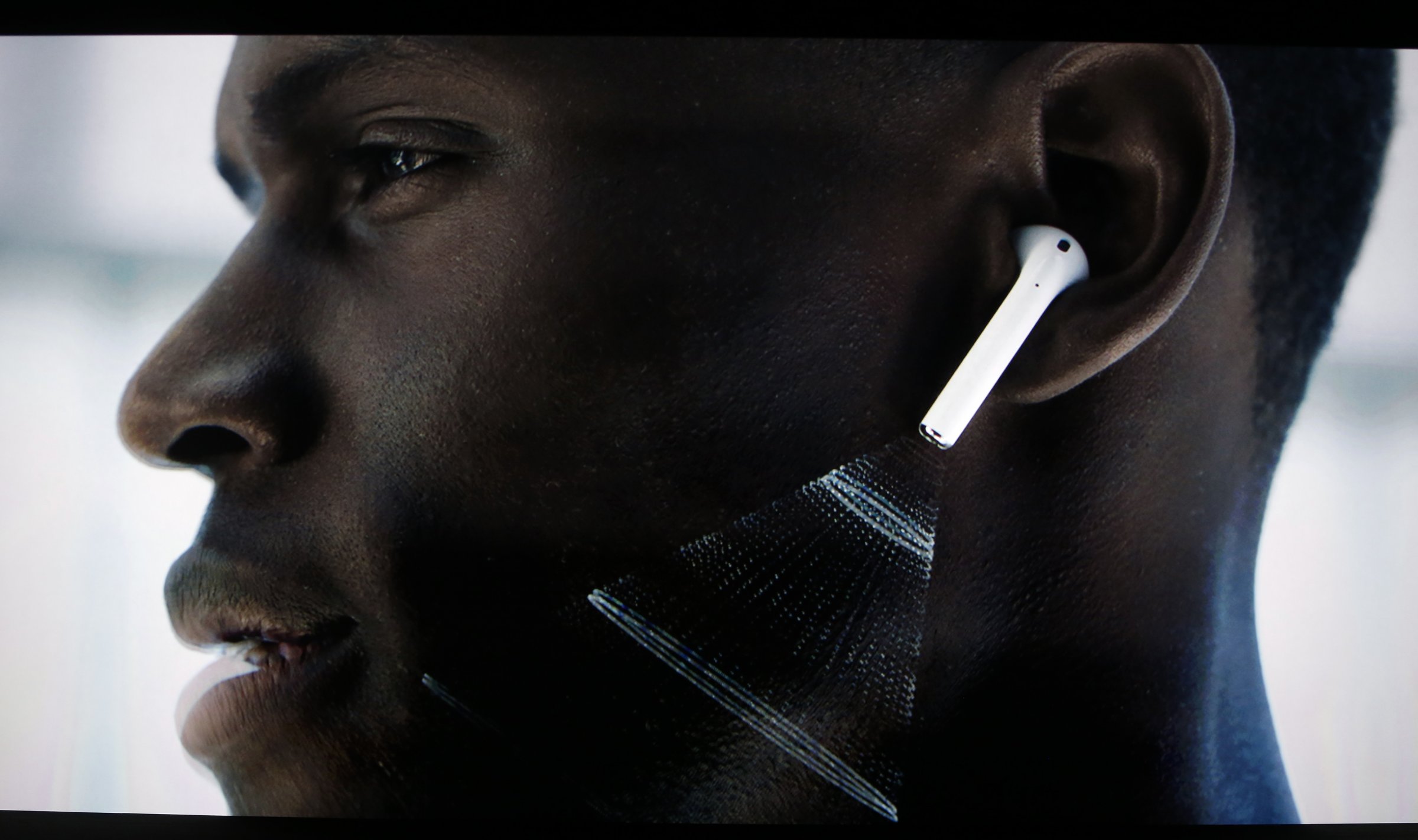 There are lots ofextremely cynical theories over why this might be, not least because driving demand for Lightning-based headphones would be a very good thing for Beats, an Apple subsidiary.

Regardless, Apple insists that removing the headphone jack was an act of “courage;” a bold willingness to sacrifice the comfortably familiar and push us toward the wireless-headphone future. Plus, ditching the classic 3.5 mm jack apparently makes room for bigger batteries and better cameras inside the iPhone 7 and 7 Plus.

But first, it’s in Apple’s best interests (and maybe your own) that they teach you to never take your headphones off, ever.

AirPods are the key

According to news of BusinessInsider the keys to the whole affair are Apple’s new $159 AirPod wireless headphones. Technically, they’re standard Bluetooth earbuds/microphones, so they’ll work with any old Windows PC, Android phone, or Blackberry you may have lying around.

But the real magic of the AirPods comes when you use it with a Mac, iPhone, or iPad: Thanks to Apple’s proprietary W1 chip, the AirPods smoothly and seamlessly pair with any iPhone or iPad in range, provided they’re running iOS 10. When the new macOS Sierra comes out later this September, it’ll work with that, too. Pairing the AirPods with an iPhone is as simple as opening their charger case.Steve Kovach/Business Insider

Most importantly of all, the AirPods lack any kind of physical buttons whatsoever. The only control on the AirPods, at all, is a touch sensor that activates Siri, Apple’s voice assistant.

It’s that one-touch access to Siri that best showcases Apple’s ambitions for the AirPods, for Siri, and for how people should be using computers.

Apple has spent a lot of time and energy making sure that people know that next week’s iOS 10 update comes with some big upgrades to Siri, including the ability to access and use other apps. In other words, you’ll be able to use Siri to send money with Square Cash or reply to a WhatsApp message, as well as control your Apple HomeKit-compatible smart appliances, all with your voice.

From there, it’s a natural progression: The AirPods make it easier than ever to use Siri.

Siri lets you use your apps without taking your phone out of your pocket or checking your Apple Watch. So, ideally, you’ll keep your EarPods in even when you’re not listening to music.

An Apple promo for what Siri will be able to do in iOS 10.Apple

Since they don’t have wires, AirPods are way less obtrusive than your usual headphones. And because they sync with all your Apple gadgets, it means that same one-touch access to Siri can follow you from phone to tablet to laptop. Siri’s on the Apple TV, too, so it seems reasonable that it’ll get AirPod syncing one day.

This has a big business benefit for Apple, since it means you need at least an iPhone to take full advantage: Without access to Siri, the EarPods are just Bluetooth headphones. It’s an important driver to keep people in the Apple product family as the smartphone boom grinds to a halt.

But it’s also a tantalizing glimpse at the possibilities of using Siri to spend less time staring at a screen and more time living your life.

That increased reliance on Siri is Apple’s short- to medium-term vision. In the long-term, though, Apple can get really weird with it, in some exciting ways. Slate’s Will Oremus recently referred to the AirPods as “Apple’s first ear computers.”

From the earliest days of the PC, all the way through the modern smartphone, computing has usually relied on some kind of display, whether that’s a TV, monitor, watch face, or touchscreen, plus some kind of keyboard, physical or virtual.

It’s been great, and it works, but the fact remains that the most natural way humans pass information to each other is by sound, speech, and music. And as we’ve seen from the sleeper success of gadgets like the Amazon Echo, there’s a real demand for tools that can deliver information just by talking to you — especially among nontechnical people. The Doppler Labs Here One earbuds can customize the sound of the world around you.Doppler

Meanwhile, startups like Doppler Labs are doing cool, innovative work with its earbuds, not yet released, which can actually customize the sonic landscape around you, from increasing the bass at a concert to quieting the sounds of a crying baby on an airplane.

Looking forward, as AirPods and the wireless headphones they inspire mature and evolve, it’s not hard to imagine a new kind of App Store for audio apps — apps that use the iPhone’s intelligence to make the people around you sound like the parents from “Peanuts,” maybe, or more active ones that let you rewind the last 30 seconds of a conversation.

There are some roadblocks ahead, if Apple really wants the AirPods to spark a revolution.

First, as analyst Ben Thompson rightly notes in a recent post to his Stratechery blog, the iPhone is great, but “Apple’s user experience advantages are still the greatest when it comes to physically interacting with your device,” and “the weakest when it comes to service dependent interactions like Siri.”

In other words, Apple’s Siri still has a long way to go before people start to truly rely on her to get stuff done. Second, the technology needs to get a lot better.

Apple claims that the AirPods, in their current incarnation, get five hours of charge. That’s pretty good for teeny-tiny earbuds, but not great in a future where Apple wants to make them indispensable accessories for everyday living. That’s going to make this wireless future an even tougher sell, beyond the price and beyond the lack of a traditional headphone jack on the iPhone 7.

For now, though, there’s one big problem that Apple can solve, and that’s teaching you to keep your headphones in all the time. Once that’s done, the rest can start to fall into place.

You’ll Be Amazed By The Numerous Benefits Of Purple Corn

Sennheiser’s Orpheus headphones will set you back a cool $50k