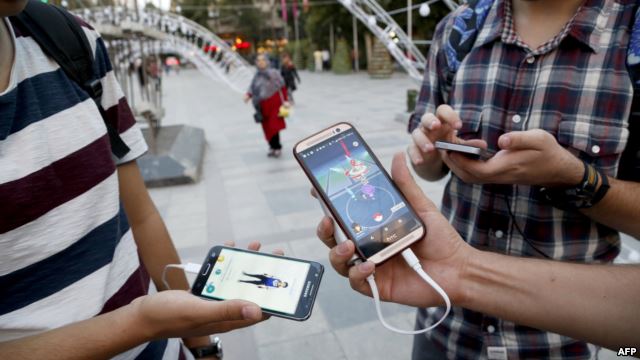 The Iranian regime apparently has little tolerance for virtual monsters.

On Friday, Iran officially became the first nation to ban Pokemon Go, the dizzyingly popular mobile phone app game that has taken the world by storm in recent months. Some countries, like Indonesia, have placed partial bans on the use of Pokemon Go.

Pokemon Go uses augmented reality technology. It combines a real world map and superimposes virtual cartoon images in the cameras of mobile phones. Players walk around hunting for Pokemon, short for Pocket Monsters. When they appear on their phone’s screen, players can catch them, train them and battle other monsters.

Abdolsamad Khoramabadi, general secretary of the regime’s Internet Supervisory and Monitoring of Iran Committee, said in an interview with the state-run Tasnim News Agency that Pokemon Go was banned by a unanimous decision of committee members.

The Internet committee – also known as the High Council of Virtual Space – supervises online activities in Iran and is directed by the Iranian attorney general. Khoramabadi said national security concerns accounted for the ban, adding, “It might also endanger the security and safety of citizens.”

Accoerding to Voanews, Pokemon Go previously received an approval by the Iranian National Institute of Computer Games – which attempts to monitor and regulate virtual gaming; but, Khoramabadi said the institute’s decision was not based on a thorough investigation of the dangers of Pokemon Go.

Pokemon Go is gaining increasing popularity in Iran despite Internet restrictions that force Iranians to find alternative access to online sites based outside the country. FILE – The augmented reality mobile game “Pokemon Go” by Nintendo is shown on a smartphone screen in this photo illustration taken in Palm Springs, California, July 11, 2016.

“Among some millennial Iranians, Pokemon Go has become a universal sensation and turned into an obsession in Iran,” Shahram Siahroudi, a Tehran-based game developer and technology expert, told VOA. “These days, some people spend hours and hours to increase their scores and I heard even some teenagers got into street brawls for hunting a character in their neighborhood.”

The game, which uses Google Maps data, has had Iranian authorities wary since it burst on the mobile scene recently.

“Obtaining the game through the Iranian Android market, known as Bazar, was impossible and the game was not accessible to Iranian users through Google Market,” Lida Ahmadi, a game developer in Tabriz, told VOA. “So users had to use the Virtual Private Network (VPN) in order to circumvent obstacles and download the game on their Android phones.”

Despite the obstacles, Iranian users say they have successfully found some of the games’ virtual characters in buses in Tehran, parks, restaurants and in Hafeziyeh, the most famous tourist site in Shiraz. Users brag about their hunts by posting screen shots on Twitter, which is also a banned portal in Iran.

Analysts in Tehran tell VOA that Iran’s moral police unit, known as “Gashte Ershad,” was a major force behind the ban. There are reports that moral police units have begun arresting Pokemon Go users on the streets and are deleting the game from confiscated smartphones. Some users are complaining about their plight on Twitter.

“It’s quite difficult to be in the streets and be focused on both hunting Pokemon and on the lookout for the Gashte Ershad,” one user wrote. “Don’t hunt me. Life has become hard.”

Roku just added the one thing that made me stop using it: Amazon Instant...

4 great deals to help you become a top digital marketer

iTunes Match via Apple Music isn’t an improvement, and may ruin your existing library

Forget drones, Amazon’s getting into the proper aviation business