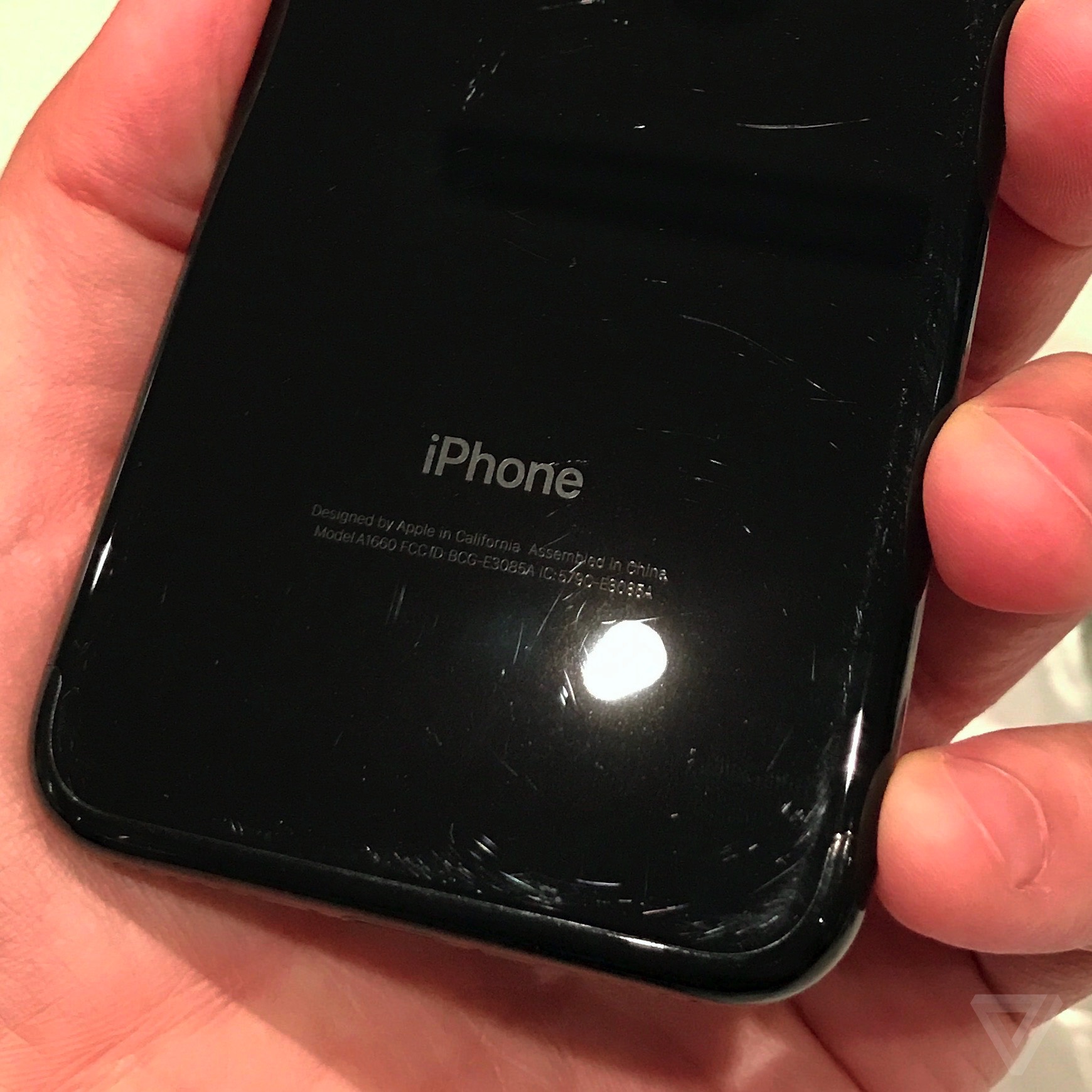 As soon as Apple announced the new high-end jet black finish for the iPhone 7, the company warned that it’s more prone to scratching and scuffing than the alternative matte aluminum options. That warning’s even in the small print when you go to buy the phone from the Apple website, so we all knew, or should have known, to expect the extra glossiness to result in extra scratches.

If you want the jet black iPhone, learn to love the scratches

Even so, seeing The Verge’s jet black review handset in person was surprising to me: the device had been used extensively for the review, but entirely conventionally. We didn’t throw it in a tumble dryer, we didn’t flush it down a toilet to test how water-resistant it is (as others have done) — we just used it like any other iPhone.

According to Verge, I didn’t expect my off-the-cuff tweet to stimulate a few thousand people to freak out about what should be a known characteristic of one of the world’s most closely scrutinized devices, but it did, so let’s talk about it. First and foremost, this is an entirely cosmetic issue: beneath its spoiled sheen, the jet black iPhone 7 is every bit as hardy and water-resistant as the other aluminum iPhones. The other thing is that the scratches visible in my photos aren’t apparent all the time, only when the light hits them just right — though you’re also not seeing other scuffs that have a different angle of light reflection. Or the fingerprint marks, which accumulate easily too.

Many people responded by saying the jet black iPhone demands a case — Apple advises the same — but I fundamentally disagree. You don’t buy a flaming red Ferrari to keep in the garage, and you shouldn’t buy a jet black iPhone if you’re going to keep it all wrapped up. It defeats the aesthetic purpose. An alternative suggestion is a clear case, but that’s another one I would reject. The jet black iPhone 7 has a pleasantly tacky finish that actually makes it easier to grip than the matte black one. I was surprised by this, because shinier things are usually more slippery, but Apple has thought through the handling of its glossy surface well.

I don’t know what an iPhone 7 will look like after months of use. The build-up of micro-abrasions, as Apple likes to call them, could in fact create a nicely weathered look, as it didwith the original iPhone. Or it could be an unpretty nightmare like the glass-backed iPhone 4.

If you’ve gotten your hands on a jet black iPhone 7 yourself, feel free to post your photos in the comments below and relate your own experience with the new handset. My impression is that owners will have to just accept the imperfections inherent in the more vulnerable shiny finish, and learn to love rather than try to avoid them. What do you think?

So you thought a jet black iPhone was a good idea. pic.twitter.com/L3j7iqlu5I

There is a huge difference between what Amazon says and what they do in...