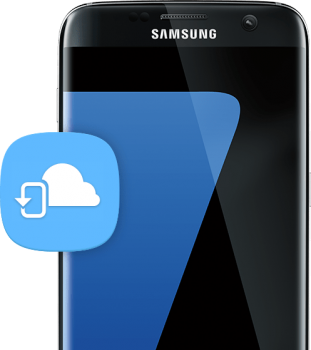 According to reports coming out of Italy this weekend, the Galaxy S7 and S7 Edge handsets in the country are receiving an update that includes the August security patches as well as some unspecified improvements to the Bluetooth and NFC performance of the two devices. What’s interesting is that the new software will also bring ‘Samsung Cloud’, a service that was launched by the South Korean company earlier this month as the tech giant looks to diversify from being just a hardware manufacturer into a full-fledged software services provider.

The notification can manually check

The incoming update is being rolled out Over-The-Air and weighs in at 151.89MB. As always, it is expected to be rolled out in phases, so those who’re yet to receive the notification can manually check by going over to ‘Settings’ and tapping on ‘About Device’.

As part of the new update, 15GB of cloud storage will be offered for free to users of the two aforementioned devices, but owners of the Galaxy Note 5 as well as the entire Galaxy S6 line (Galaxy S6, S6 Edge and S6 Edge+) are also said to receive the same benefits in the days to come.

While there’s no word at the moment on whether the new update is being rolled out in other regions, it shouldn’t take too long seeing as it has already gone live in one part of the world. As for the newly-launched Galaxy Note 7, the Samsung Cloud app will be pre-installed on it and every owner of the device will also get the free cloud storage as part of the company’s strategy to gain some traction for its newly-launched could services.

According to Androidheadlines while most Galaxy S6 and S6 Edge owners will appreciate the free cloud storage, the most important aspect of the incoming update seems to be the August security patches.

Now that should go a long way in soothing the nerves of security and privacy-conscious users who’ve been concerned about the four new security vulnerabilities in Android that can potentially allow hackers to remotely gain root access into Android smartphones and tablets running on Qualcomm chips.

Collectively known as ‘Quadrooter’, the issue was discovered by folks over at Check Point and detailed last weekend by the firm’s chief of mobile security, Mr. Adam Donenfeld, at the Def Con 24 hacking convention in Las Vegas, Nevada. However, even though Google has patched up three of the four issues with its August security update, we’ll still have to wait for next month’s security bulletin to patch up the fourth and final one for good.

Why people-trading app Stolen got shut down

Wattpad, a community for writers, appears to have been hacked