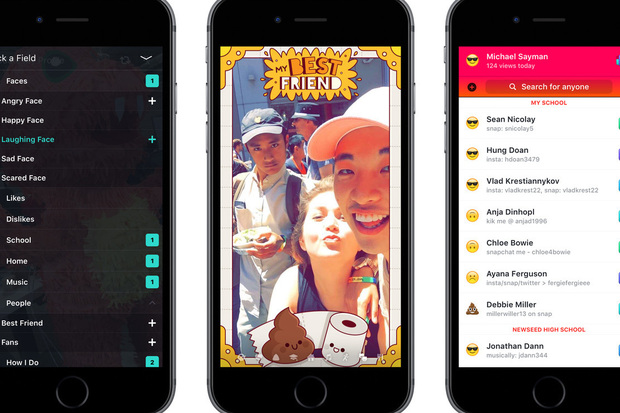 Facebook is again trying to tackle one of its biggest problems and lure in elusive younger users.

The social networking giant has released a new stand-alone app, called Lifestage, for iOS devices. It’s focused on enabling young users to share videos with other people in their schools.

Think of it as a video version of a very early stage Facebook — and a direct competitor to Snapchat.

Lifestage is aimed at people

The app, which is still in the testing stages and isn’t yet available on Android, has one big caveat: You have to be between 13 and 21 to use it.

Lifestage is aimed at people who don’t use Facebook because they don’t want to share posts, photos and videos about their friends and their fun on the same social network used by their parents and grandparents.

“It’s brilliant — build an app that is built for teens and can’t be accessed by non-teens,” said Zeus Kerravala, an analyst for ZK Research. “There’s a perception with teens that Facebook isn’t cool and it’s for your parents. This is really Facebook’s first app that’s truly for that teen audience. In some ways, it’s a throwback to the original idea of Facebook.”

Lifestage is similar to Facebook when it was first launched in 2004.

At the outset, Facebook was designed to help college students connect. The social network grew from there, expanding beyond schools into the general population.

How will the app become functional?

Lifestage is launching with a similar school focus, but with a focus on video, which is a much more 2016 way teens share information.

“We’re testing Lifestage, a new standalone app from Facebook,” a Facebook spokesperson said in an email toComputerworld. “Built for teens who want to connect with others at their school, Lifestage allows them to create a video profile with content for all of things that make up their identity — things like what they like and don’t like, their best friend, and more.”

Facebook noted that teens can sign up, but the app only will become fully functional once 20 students at a school have downloaded it.

While those moves have drawn in younger users, particularly to Instagram, they haven’t necessarily translated into a dramatically growing user base of teens and twenty-somethings.

Ezra Gottheil, an analyst with Technology Business Research, said the question will be whether Facebook can turn those Lifestage users who are aging out of the app to move onto Facebook.

That, according to both both Gottheil and Kerravala, remains to be seen.

Samsung’s next fitness tracker could measure your body fat