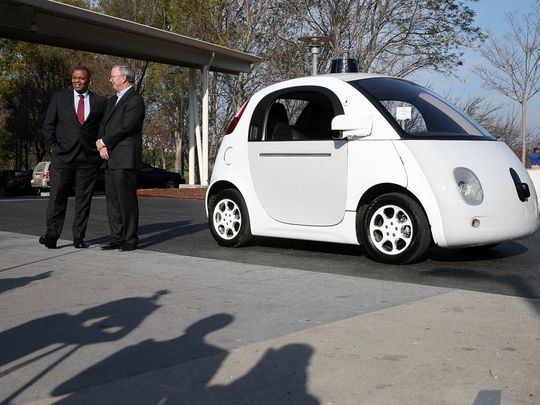 SAN FRANCISCO — Federal regulators, faced with a growing number of self-driving car tests on roads across the U.S., plan to issue a flurry of new guidelines Tuesday aimed at automakers and tech companies.

According to USA TODAY, The U.S. Department of Transportation will require any new tech to meet a 15-point safety assessment, consider new powers to allow administrators to limit the deployment of experimental vehicles, and will issue a model for state self-driving car policies aimed at developing a cohesive set of national regulations.

Officials will solicit public comments on the topic of self-driving car regulations for the next 60 days on the Transportation Department website and plan to update self-driving car policies annually.

“We’re laying it out there, what we care about, and inviting the industry to show us how they meet those standards,” Department of Transportation Secretary Anthony Foxx told reporters during a briefing late Monday. “Some companies haven’t dealt with us, but they’ll learn quickly we can go really deep on these topics. We want the public to be safe.”

President Obama hammered home his administration’s message with an editorial posted late Monday on the website of the Pittsburgh Post-Gazette (Pittsburgh is home to Uber’s self-driving car research facility and the first city in which it is testing autonomous vehicles).

“Regulation can go too far,” Obama writes. “Government sometimes gets it wrong when it comes to rapidly changing technologies. That’s why this new policy is flexible and designed to evolve with new advances.”

He allows that some argue government “should stay out of free enterprise entirely, but I think most Americans would agree we still need rules to keep our air and water clean, and our food and medicine safe. That’s the general principle here. What’s more, the quickest way to slam the brakes on innovation is for the public to lose confidence in the safety of new technologies.”

Government officials stressed that they reserve the right to create new rules for the nascent industry, and reiterated that the National Highway Traffic Safety Administrationwill have the power to “remove from the road” any vehicle whose technology poses a safety risk.

The agency specifically noted that certain semi-autonomous driving systems – “ones in which the human continues to monitor the driving environment and perform some of the driving task” — may be subject to recall.

While many automakers offer such driver aids, electric-car maker Tesla Motors has been in the spotlight for a few fatal crashes in Florida and China where its Model S sedans may have engaged the car’s Autopilot partial self-driving system. NHTSA is investigating the Florida incident.

Editor’s note: Rise of the machines