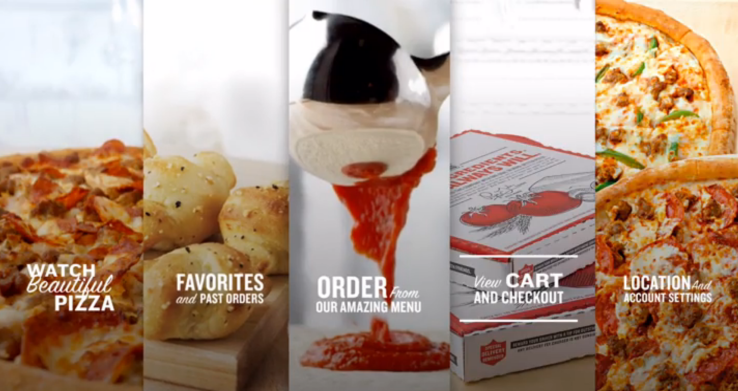 Do you know what goes great with binge watching Netflix? Pizza. At least, that’s one reason why Papa John’s has today launched a new application for Apple TV which allows you to order a pizza, select from past orders, and pay, right from your television set. The future is now, my friends.

TechCrunch says that the new app is actually the first-ever from a quick serve restaurant or pizza company to arrive on the Apple TV platform, having surprisingly beat out Domino’s. The latter company has been innovating with new ways to order pizza, including ordering via Twitter, Apple Watch, Amazon Echo, via no-click apps, and more. (One day, perhaps, all you’ll have to do is think about pizza and it will arrive!)

Some silly experiment on its part

Meanwhile, Papa John’s has been more focused in its app efforts, but the company notes in its announcement that it has pioneered a number of industry firsts, including becoming the first national pizza chain to offer digital ordering in 2001 and the first to offer mobile ordering via SMS in 2007. Apple TV, therefore, isn’t some silly experiment on its part, but something the company believes could actually boost its bottom line.

Similar to the Papa John’s mobile app and website experience, the Apple TV application has you use the company’s “pizza builder” to create your pie. The app also allows you to access favorites and recent orders, then sign in and check out using your saved delivery and payment information. (To kick off the launch, Apple TV users will also receive 25 percent off their order, and will earn Papa Rewards points for future orders, the company says.)

Flip through while viewing prices

With the launch of iOS 10 next month, the Papa John’s Apple TV app will be automatically downloaded to supported 4th Generation Apple TVs if users already have the Papa John’s mobile application installed on their iPhone or iPad.

The new app is actually fairly usable, with items to order as large thumbnails you move through with your remote, and big-screen versions of pizzas you can flip through while viewing prices.

The app is a free download from the Apple TV App Store.

7 Easy-to-Cultivate Habits for a Healthier Day

Google is opening up its virtual reality field trips to everyone

EVE helps you learn your Mac’s hotkeys as you work, for a price