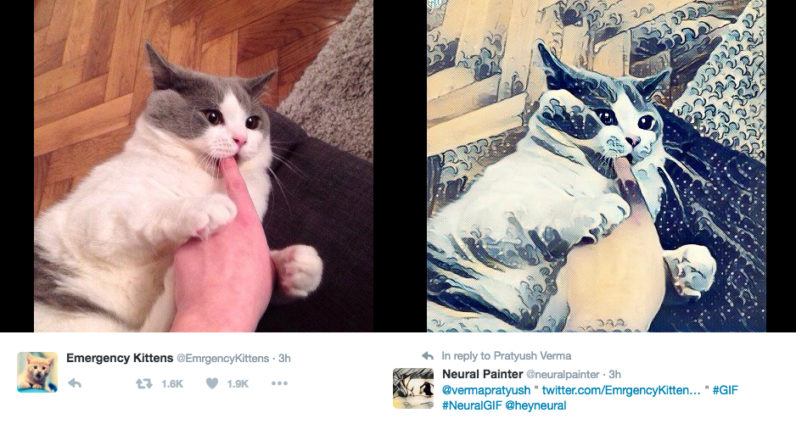 The field of artificial intelligence is growing fast. Over the past year we’ve seen a supercomputer that knows how to make movie trailers and a program that paints like Rembrandt.

According to TheNextWeb now there’s also a Twitter bot so talented it will convert any image you tweet to it into a piece of art in a matter of seconds – animated GIFs included.

To achieve this, the so-called Neural Painter uses neural network technology that mimics the way the human brain works and allows the bot to paint images in different styles and genres. 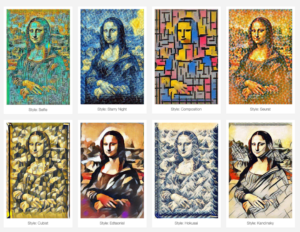 To take advantage of the Neural Painter’s awesome drawing skills, head to its Twitter account here and tweet any pic to the bot. It will then process the image and send you a masterpiece in return.

As with the popular photo-manipulation app Prisma, the Neural Painter also supports GIFs – and it does a fairly good job of making them look cool (just take a look at the tweet above).

Go have fun with the Neural Painter now.

Matrix-style camera effects could soon come to your iPhone