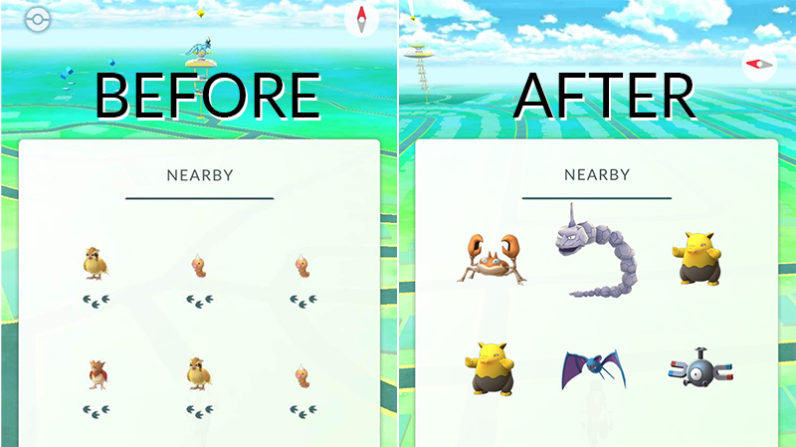 A major Pokemon Go update might make it harder to find actual Pokemon — but you’ll be able to re-customize your avatar, so there’s that.

Available for Android and iOS, it seems that the footprints of nearby Pokemon have been removed. You no longer get a sense of where the Pokemon are, only that they’re nearby.

Niantic and Nintendo might be bothered some players arealready catching ‘em all.

Sadly, footprints haven’t worked correctly for some time, so it wasn’t the most useful of in-app features. Still, we’d rather see them fixed that ditched — but some reports point to footprints having been a cause of Pokemon Go’s ongoing server issues, so perhaps the problem was bigger than we know.

The real story is footprints, so if you’ve been using them with any measure of success to find Pokemon, you’ll need to find another way.

20 Christmas Makeup Looks to Make You Stand Out