Digital Review
Home Applications Pokémon Go fans are in trouble: These apps shut down the speed... 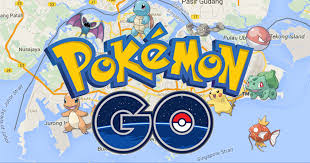 Over the past few days, we’ve covered a couple of tools that help you track Pokémon in the AR game Pokémon Go.

If you’ve been hoping to use PokéVision, PokéNotify or PokéHoundto help you find Pokémon in the wild today, you’re out of luck. These apps have shut down or have likely been ordered to shut down by developer Niantic Labs, as they are in violation of Pokémon’s terms of service.

None of these apps have explicitly named Niantic in their announcements about winding down their services. However, there’s reason to believe that the developer is behind the wave of shutdowns; CEO John Hanke told Forbes last week that such apps might not be available for long:

We have priorities right now but they might find in the future that those things may not work. People are only hurting themselves because it takes some fun out of the game. People are hacking around trying to take data out of our system and that’s against our terms of service.

As of now, it looks like your options for assistance in the game are limited to apps that host maps locally and aren’t as accurate as those that had access to Pokémon Go’s API. So yeah, you’ll have to play the game if you want to catch ’em all.

If you’re still keen on avoiding all the legwork of Pokémon Go, you can try using this method to install the game on your computer and play without leaving your house.

The ways of include fans in social media