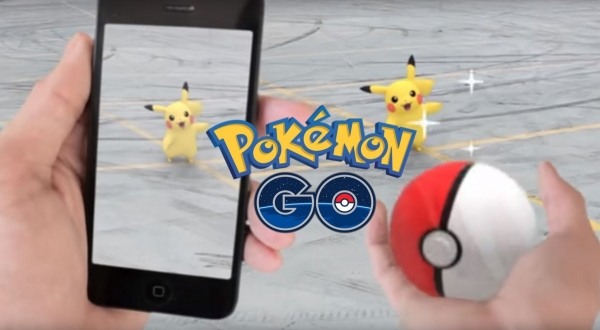 For a while, it seemed like there was a zero-tolerance policy when it came to cheating in Pokemon Go. A lot of players using third-party wares to help them catch ’em all, as well as GPS spoofers and bots to quickly level up found themselves banned. Well, Niantic may be giving some banned players a second chance.

According to the official Pokemon Go website, Niantic is revisiting some banned players and offending accounts. They rattle off some of the ways in which players skirted through the rules to get ahead in Pokemon Go, including but not limited to bots, data scraping and unauthorized add-ons.

According to a news story on CinemaBlend, For some players who managed to get their hands on third-party apps that may not have seemed like cheats, may have been on the end of a wrongful ban. Niantic explains that for these players they’re willing to grant them some leeway, with CEO of Niantic Labs, John Hanke, stating…

Some players may not have realized that some add-on map apps do more than just show you nearby Pokémon. Each end-user app can be used as a collection tool by the app creator, invisibly collecting and forwarding data to the app creator with or without the knowledge of the end user.

[…] As a result of some changes made to our infrastructure, we are now able to unban this set of accounts.

For the first time ever, Niantic explains why some third-party apps — even those seemingly as innocuous as map apps for Pokemon Go — were resulting in players being banned. The post explains that sometimes those apps worked as data collectors, sending and receiving lots of large packets from the game itself, unbeknownst to the user. In result, they explained that the amount of players using these third-party apps and the mass amount of data being sent/received from the apps had the unfortunate effect of working like a denial of service attack on thePokemon Go servers.

I’m not sure why Niantic waited so late to explain this aspect of how third-party apps for the game were affecting service in this way, but maybe now gamers have a much clearer understanding of how some of these unauthorized apps can affect the game and why Niantic is so against them. Of course, gamers had no way of knowing that some of these third-party apps were designed in ways to gather and pilfer information, nor would they know that said apps could work as a DDoS attack if enough people were using them simultaneously.

I guess Niantic explaining these things late is better than them not explaining it at all.

For some players, who were banned as a result of using unofficial map tools, map apps or Pokemon tracking services for Pokemon Go, Niantic is looking into reversing those bans. According to the post, there’s only a small subset of players who fit into that bracket.

Basically, only the players who participated in the activities listed above are being unbanned. Any account whose sole purpose was to scrap data is staying banned, along with any account that was using remote botting services to capture Pokemon or battle at Gyms or mass-collect items from PokeStops are also staying banned.

They warn players away from third-party apps that could affect the service structure of Pokemon Go, stating that it’s against the terms of service to use those apps and that your account might be banned for engaging with said apps. Sadly, even with the broken tracking feature, if you don’t want to be banned it might be best to simply stay away from most or all third-party apps for Pokemon Go.

Safe ways that leaders can harness the power of social technology to advance their...

To keep you from crashing into stuff, Intel is buying drone company Ascending Technologies

3 secrets to success on social media according to Gary Vaynerchuk