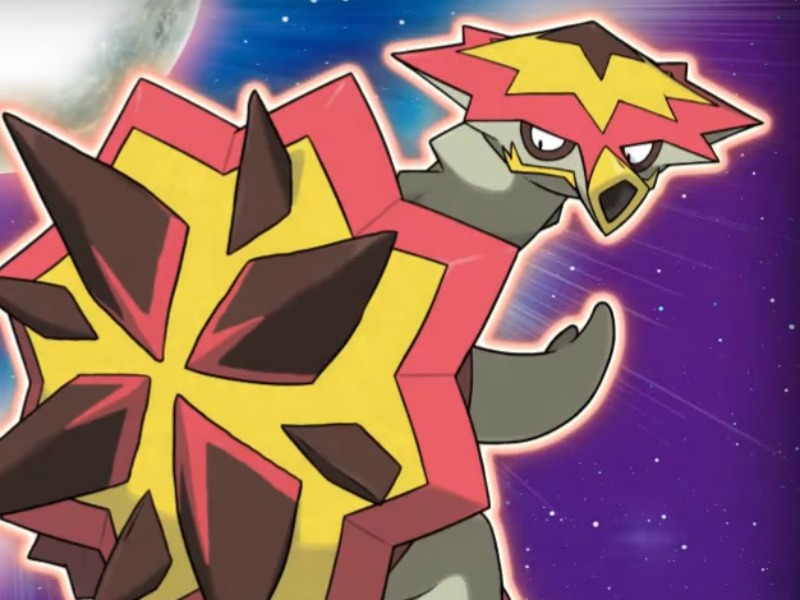 Certain types of Pokémon in Nintendo’s long-running franchise have never made much sense.

Take a pocket monster like Charizard, for example. Despite being a literal dragon, Charizard is not a dragon type. The new Alola form of Exeggutor that has the creature looking like a palm tree, however, is.

Turtonator is a dragon type

It’s all terribly confusing, and that trend looks to continue with Pokémon Sun and Moon‘s latest addition: Turtonator.

Turtonator is a fire/dragon type Pokémon that is more than a little bizarre-looking. The creature sort of looks like a turtle, as it sports a shell on its back. Building on that turtle theme is its new ability, “Shell Armor.” What exactly Shell Armor does is still a mystery, but expect Turtonator to have some high defenses.

Back to Turtonator’s weird design and dragon type label: the creature stands with its back facing the camera almost at all times, making it hard to get a clear look at the new Pokémon. The creature’s head is also strangely-shaped. As for why it’s a dragon? No idea, but Charizard isn’t happy about it.

New features worth getting excited

Turtonator is just the latest reveal for Pokémon Sun and Moon. Most recently, Nintendo detailed a number of old Pokémon getting new forms, called Alola forms. Like Exeggutor mentioned above, other classic pocket monsters like Sandshrew, Raichu, Meowth and Vulpix will all have new forms for players to collect. There’s also a new team of villains for players to battle against, the appropriately-named Team Skull. There’s even a powerful new ability for each Pokémon type that can be used in battle to devastating effect. All in all, there’s a ton of new features worth getting excited about for fans who may not have played a Pokémon game in recent years.

Niantic has been qick to fix

According to TechTimes, Pokémon Sun and Moon release for the Nintendo 3DS on Nov. 18. In the meantime, Pokémon Go still manages to captivate millions of players, though it’s not without problems. Glitches have mired the game in recent weeks (though developer Niantic has been quick to fix them), and cheaters, like those using the now-infamous egg glitch, continue to ruin the experience for others. Niantic is still looking at the best way to improve upon the game’s now-removed “nearby” feature as well.

Inside the Live gold rush: Tastemade plans to do 100 Facebook Live shows every...