How To Find Private Health Insurance

Private health insurance is the main source of health coverage for the majority of people in the United States. Approximately 58% of all Americans have private health care coverage. For elderly citizens and eligible children and families from low-income households, public programs are the primary source of health cover. Public programs include Medicare, Medicaid, and SCHIP. TRICARE and the Veterans programs also provide some coverage.

If you are not covered by a publicly funded program, or if your coverage is only partial, you will need to have some kind of private health insurance.

Since the turn of the millennia, millions of Americans have found themselves with no health cover at all. Most studies place the number of “uninsured” at over 46 million. Tens of millions more have inadequate insurance. 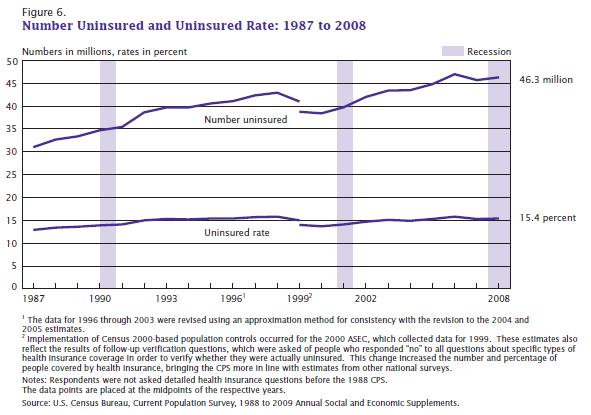 In March 23rd, the US health care system underwent the beginning of a major reform, which may have changed the way many people go about getting health cover. The Patient Protection and Affordable Care Act included a mandate that every American must have medical provision, or pay a fine. Some details of the Act are still awaiting a Supreme Court ruling.

The provisions of the Act roll out over the next few years. Some provisions came into effect within months of the Act being signed into law. Most of the changes so far have affected seniors, children, those with pre-existing conditions, and young adults. Within the next few years, there will be new programs that include co-ops and online exchanges.

In 2014 a provision comes into effect, called Promoting Individual Responsibility, which says that the majority of citizens must purchase health insurance – if they don’t, they could face having to pay a fine.

Buying health insurance on your own

If you are not covered through your employer, or part of a COOP, and are not eligible to state funded programs, you will probably have to buy health insurance as an individual.

When selecting the right insurance option, the purchaser needs to be aware of various factors. For example, should the plan include prescription coverage or not? A female of childbearing age is more likely to opt for a plan that covers pre-natal visits.

Insurance companies today are required to spend a good portion of the money they collect from their insured contributors on health care.

For those who cannot afford the price of health care insurance, there will be financial assistance in 2012.

Offspring over the age of 19 and under 26 may now be added to their parents’ insurance plan.

Matching your needs with what is available

Deciding on what best suits you, your current circumstances, plus those of your family’s, may seem confusing and daunting. Experts advise purchasers to think carefully about what is ideal for them before proceeding with a purchase. The following points need to be considered carefully:

Average price of health insurance in the USA

A survey carried out by eHealthInsurance in 2010 found that (among its customers):

Some people who cannot afford premiums may have help today or soon, thanks to the Patient Protection and Affordable Care Act, 2010:

More control over your hospital stay

While the Australian government covers some medical expenses through the Medicare system, private health insurance offers greater choice to members. That’s why almost half of all Australians have private health cover.

Get continuous care from the person who knows your medical history best. And get additional savings if they’re a Members’ Choice provider.

Make life easier by being treated closer to home. And reduce costs by choosing a Members’ Choice provider.

Avoid long waits and make sure hospital treatments happen at the most convenient time for you. Discuss the best date with your doctor.

$7,090 Average cost of childbirth at a private hospital

$39,200 Average cost for a heart bypass at a private hospital

Based on Medibank claims information for 2010/11. Includes hospital, in-hospital medical and prostheses charges only. Costs vary depending on the hospital, provider, and from state to state.

17 days – Average wait for heart surgery in a public hospital

National waiting times at 50th percentile as reported by the Australian Institute of Health and Welfare, Australian Hospital Statistics 2010-2011.

Most private health funds offer separate cover for hospital treatments and out-of-hospital services. Generally speaking, the higher the level of cover you choose, the more treatments and services you’re covered for, and the more money you get back when you claim.

contributes to the costs of treatments in a private hospital, as well as ambulance transport.

covers some of the costs of
non-hospital services like dental, physio, optical and more.

When you take out private health insurance for the first time, or increase the level of your cover, you’ll have to serve a waiting period before you can claim on some treatments. This helps keep premiums lower by making sure nobody makes a large claim shortly after joining, and then drops their membership straight away.

Some treatments have a cap on the amount you can claim back from your health fund per year. For example, Medibank extras cover gives you from $200 to $700 back on physiotherapy each year, depending on the level of extras cover you choose.

The higher your level of cover, the more you can claim back on these treatments.

The government encourages Australians to take up private health cover to reduce the strain on the public health system.

Health insurance in the United States

In the United States, health insurance is any program that helps pay for medical expenses, whether through privately purchased insurance,social insurance or a social welfare program funded by the government.[1] Synonyms for this usage include “health coverage,” “health care coverage” and “health benefits.”

In a more technical sense, the term is used to describe any form of insurance that provides protection against the costs of medical services. This usage includes private insurance and social insurance programs such as Medicare, which pools resources and spreads the financial risk associated with major medical expenses across the entire population to protect everyone, as well as social welfare programs such as Medicaidand the State Children’s Health Insurance Program, which provide assistance to people who cannot afford health coverage.

In addition to medical expense insurance, “health insurance” may also refer to insurance covering disability or long-term nursing or custodial care needs. Different health insurance provides different levels of financial protection and the scope of coverage can vary widely, with more than 40 percent of insured individuals reporting that their plans do not adequately meet their needs as of 2007.[2]

The share of Americans with health insurance has been steadily declining since at least 2000. As of 2010 just under 84% of Americans had some form of health insurance, which meant that more than 49 million people went without coverage for at least part of the year. Declining rates of coverage and underinsurance are largely attributable to rising insurance costs and high unemployment. As the pool of people with private health insurance has shrunk, Americans are increasingly reliant on public insurance. Public programs now cover 31% of the population and are responsible for 44% of health care spending. Public insurance programs tend to cover more vulnerable people with greater health care needs. Many of the reforms instituted by the Affordable Care Act of 2010 were designed to extend health care coverage to those without it.[3]

Facebook rolls out Instant Articles to all Android users