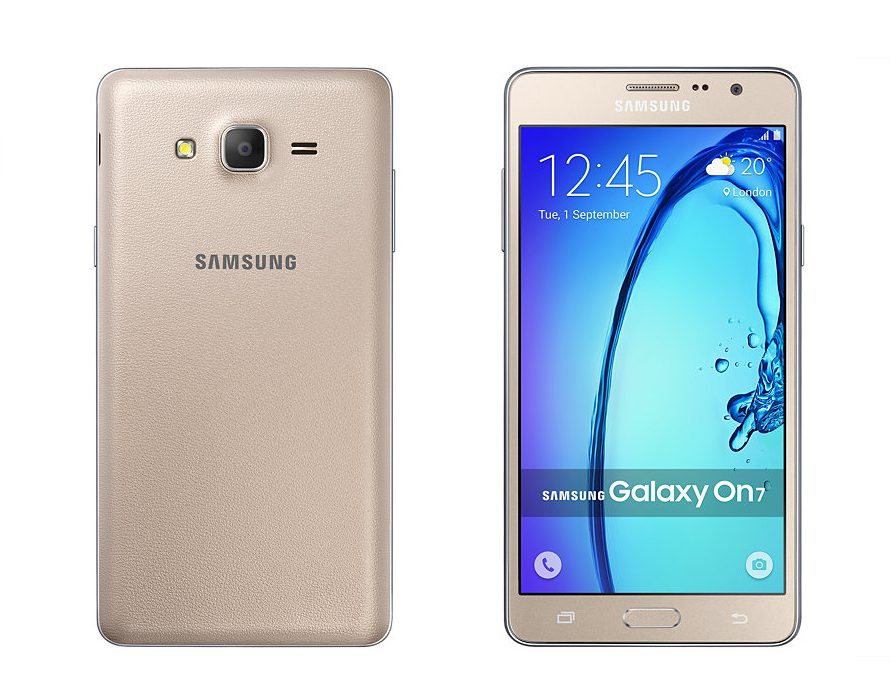 GFX Benchmarking website suggests yet another upcoming launch of a Samsung smartphone after spotting a handset with model number SM-G6100.

A tech-based website, Sammobile reported that a mobile phone with model number SM-G610F, featuring an Exynos 7870 octa-core processor, has been spotted on GeekBench benchmarking website. The speculation suggest that the smartphone might be Samsung Galaxy On7 (2016). 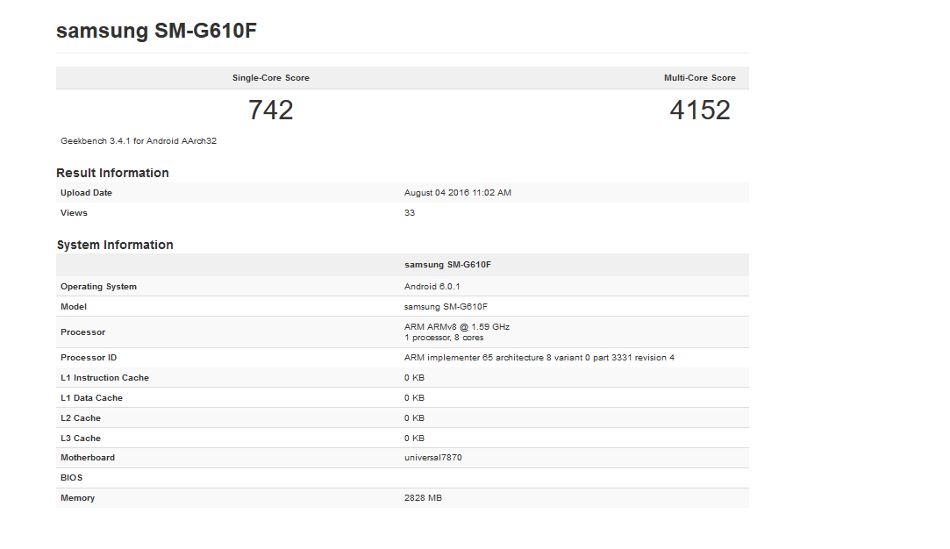 To Tecake, apart from the benchmark listing, an Indian export import website Zauba has also listed a phone with model number SM-G610F. Hence, it could be assumed that the handset could be soon launched in India.

Talking about the specs, the GeekBench listing reveals that with Android 6.0.1 Marshmallow OS and 1.59 GHz Exynos 7870 chipset bundled with 3GB RAM and Adreno 506 GPU, the Samsung SM-G610F got 742 in single-core test and in muli-core test it received 4152. While, the Zauba listing suggest that the Galaxy On7 (2016) features a fingerprint sensor as the company has imported fingerprint sensor units for SM-G10F in India for testing and evaluation. Citing the Zauba reports, the Samsung Galaxy On7 (2016) will be the first mid-ranged smartphone to sport a fingerprint reader.

Whereas, the Samsung SM-G6100 is reported to sport a 2.0 GHz Qualcomm Snapdragon (Cortex A53) octa-core processor and it is expected that this model could be the Galaxy On7 (2016) variant to be launched in China. The GFX listing further revealed that the smartphone will feature a 4.8-inch display that has full HD (1920×1080 pixels) resolution and 5 finger gesture support, 3GB RAM, 16GB of internal storage, Adreno 506 GPU and Android 6.0.1 Marshmallow. However, it didn’t suggest about phone’s battery and SD card support.

On photography front, it is expected to offer a 13-megapixel autofocus rear camera with an LED flash, and an 8-megapixel front-facing camera. The listing also suggests that the device will offer connectivity measures like Bluetooth, GPS and WiFi and various onboard sensors such as accelerometer and proximity sensor.

However, we have’t heard a word regarding the lauch of Galaxy On7 (2016) in India.

First look: MTV’s Snapchat debut in the US

Microsoft pays woman $10,000 because Windows 10 made her computer slow

How Urban Decay gets its 4.1 million Instagram followers to buy