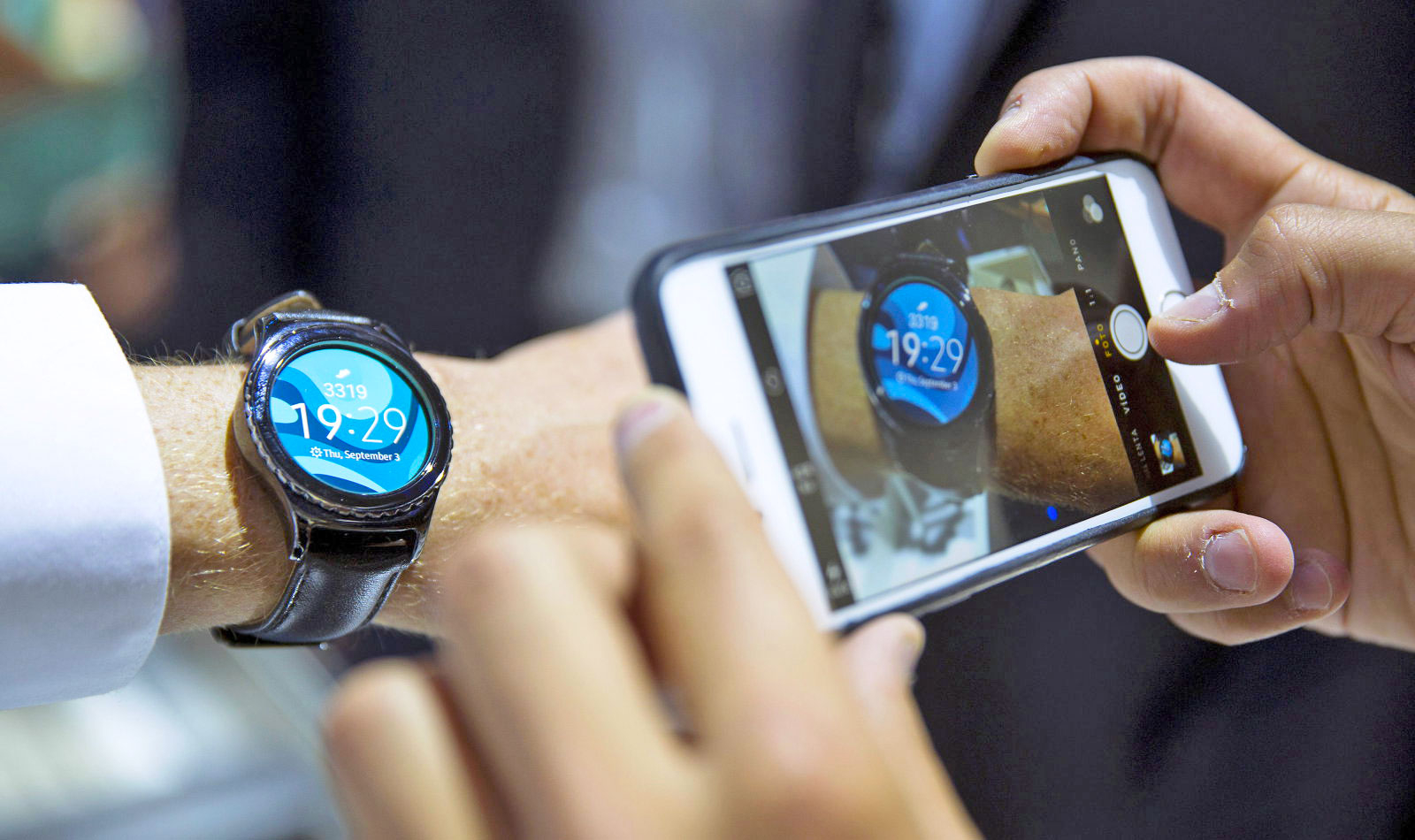 No confirmation, but tons of rumors and precedent for a reveal at the German trade show.

Samsung typically has a strong presence at the IFA trade show every September and we’re starting to get more news about certain gadgets. After weeks of rumors that the company will reveal its latest Gear S3 smartwatch at the German event, the Korean tech giant sent a press invitation that all but confirms it.

Will  S3 smartwatch be classic or explorer?

Given that the company announced the previous Gear smartwatch, the S2, at IFA 2015, it’s pretty likely that the press invite above spotted byAndroidCentral refers to the next model. That and the rumors swirling around the new gadget the past few weeks. SamMobile was the first to release details about the awaited product, noting that it will likely have a circular face with a rotary bezel like the last one. Further reports from the site report that the upcoming S3 will come in standard and “Classic” variants along with a new “Explorer” model.

According to Engadget note that Samsung hasn’t directly confirmed any details nor have they released any images of the upcoming smartwatch. But if you’re curious for any peek at possible designs, sketchy photos and renders have been online for a few months. For the rest of us, we’ll have to wait til IFA begins on September 7th.

The UK digital ad market is holding up to challenges

‘Comedians are the new public intellectuals': Why Univision took a bite of The Onion

I tried HoloLens, and one thing is clear: nobody is ready for mixed reality