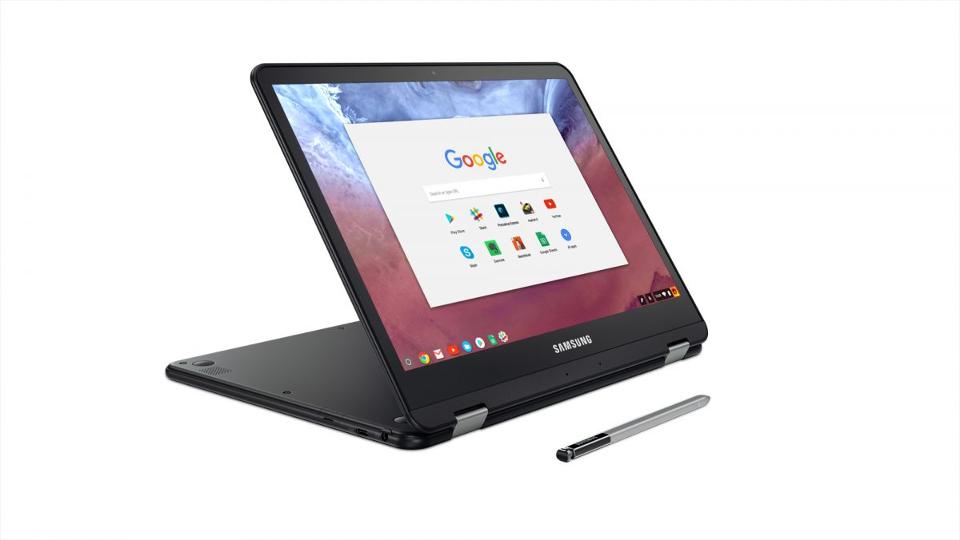 The Forbes published an article on the Samsung’s shiny new Chromebook Pro.

Google Chromebooks have come a long way since they first debuted in 2011. Partnering with PC-makers like Samsung, Dell and Acer, Google has succeeded in make powerful little machines that can meet almost all of your computing needs. Its latest Chromebook, however, rises above the the rest as a serious competitor to high-end PCs and Macbooks.

ROLLING OUT IN LATE APRIL, THE SAMSUNG CHROMEBOOK PRO COMES WITH 32

Rolling out in late April, the Samsung Chromebook Pro comes with 32GB of storage on board, 4GB of RAM and an Intel core m3-6y30 processor. These specs are more than enough to handle basic web browsing, and Chromebooks are increasingly capable work partners as Android apps are expanding onto Chromebooks now.

WHAT IMPRESSED ME MOST ABOUT THE CHROMEBOOK PRO

What impressed me most about the Chromebook Pro was the quality of its screen and its portability. I’ve been a dedicated Macbook user for over 10 years, and was initially drawn to Apple products because of the quality of the Retina display and the user-friendly interface. But the Samsung Chromebook Pro’s Quad HD 2400 x 1600 LED display is virtually indistinguishable from my Mac screen. Plus, the device is just 0.55″ thick and weighs less than 2.5 pounds. It charges off of a USB-C port, which makes the charger cable smaller and lighter to carry around than your average laptop charger. While I used to always use my phone on the subway, now I carry this Chromebook in my backpack every day so I can get some work done if I get a seat. 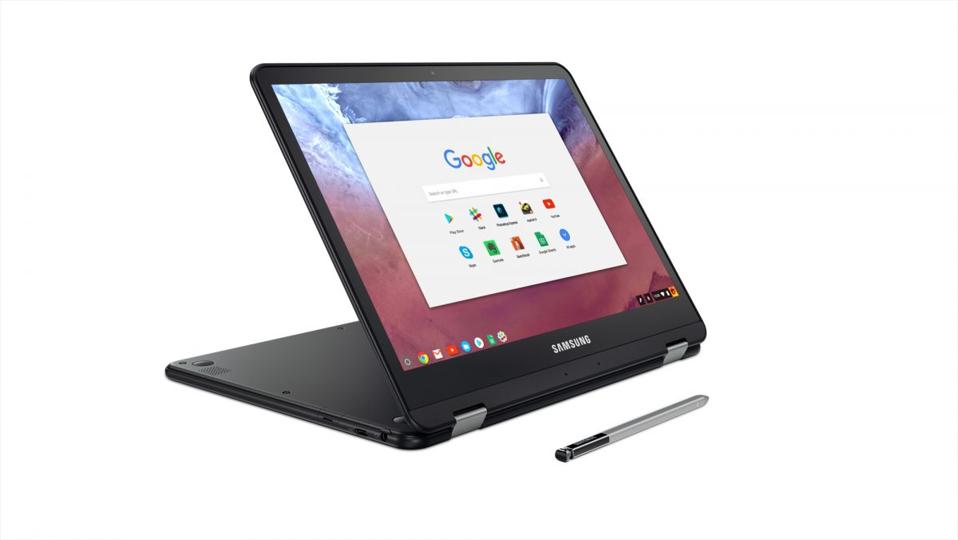 Two other big perks of the Samsung Chromebook Pro: the 360-degree hinge and touch screen with an integrated pen slot. The 360-degree hinge means you can put the keyboard face down and have the screen up closer to you for watching movies and other non-keyboard-y activities. You can also flip the keyboard all the way around and use the Pro in tablet mode, though it is a little heavy as a tablet so I don’t think it would work as a primary tablet device.

MY NUMBER ONE COMPLAINT: THE DELETE KEY AT THE TOP RIGHT IS TINY

My number one complaint: the delete key at the top right is tiny–about half the size of the key on an average laptop keyboard. This makes it harder to type intuitively, and means I have to look and find the key each time I want to hit it. Since my primary use for this computer is work, I do find this pretty annoying, and hope Samsung and Google will find a way to resolve it in future models.

Google’s Chromebooks keep becoming closer and closer to high-end Macbooks and PCs with each iteration. A few years ago, I would only consider a Chromebook as a back-up computer, and now I’m considering getting one as my primary machine next time. I don’t want to spend $1,000-plus on a PC or Mac when I could get something like the Samsung Chromebook Pro for $549. The Pro will be available in late April, and the Plus, which has slightly lower specs, releases February 12.

Convo brings its revamped collaboration platform to Android and iOS

TNW’s Apps of the Year: Shazam for birds Warblr lets you take part in...