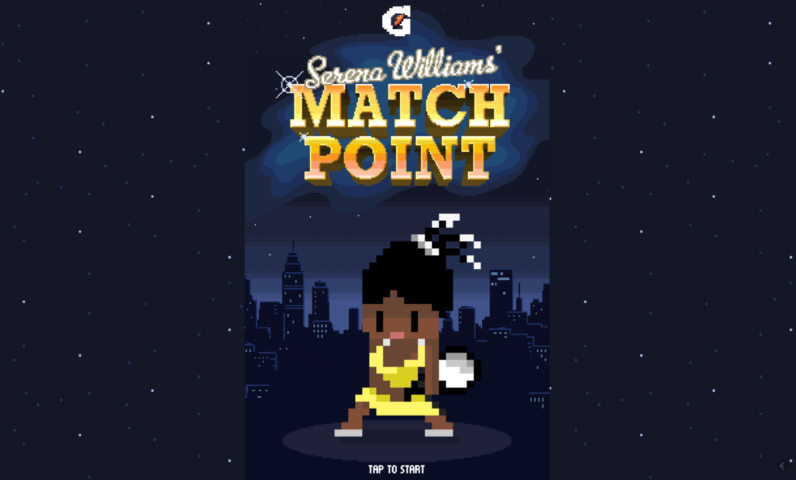 n the past, Snapchat has seen platform-specific releases of films and television shows, but this marks the first time the service has ventured into the video game market. It’s a forgettable move and one that’s more marketing than gaming, but it does give us at least a glimpse into what the future of the platform could look like.

The game, ‘Serena Match Point’ lets you play as Serena Williams through 22 levels of timing-based monotony. Each of the 22 levels signifies one of the 22 major events she’s won over the course of her career. Each event takes you through a historic career that leads neatly into the beginning of her next competition, the US Open — which begins today.

According to TheNextWeb, a simplistic time killer, the matches are neither difficult or exciting. 3 chances to score a single point

Each consists of you having to time your strike accurately in order to send it to the other side of the net, all while using the right or left side of your screen to send it to the right or left side of the court. You’ll get three chances to score a single point, with each missed ball eating one of them. A timing misstep is really the only way you can lose.

But hey, at Williams’ outfits are historically accurate. As Kotakusaid:

No, Serena Match Point’s gameplay isn’t what stands out. Actually, it was Williams’ threads. I was blown away by how fucking accurate Williams’ outfits were, for 22 whole levels, ever since her 1999 U.S. Open victory.

To play the game, you’ll need to head over to ESPN’s Discover channel on Snapchat. If you’re not a Snapchat user, you can play it in the browser instead, on Gatorade’s website.

The marketing element isn’t necessarily a bad thing. To stay relevant, Snapchat certainly needs ad dollars. This type of advertisement is not-at-all offensive to users and could provide a few minutes of fun. Overall, I’d call that a win for the platform.

Comcast will make Netflix available on the Xfinity cable service