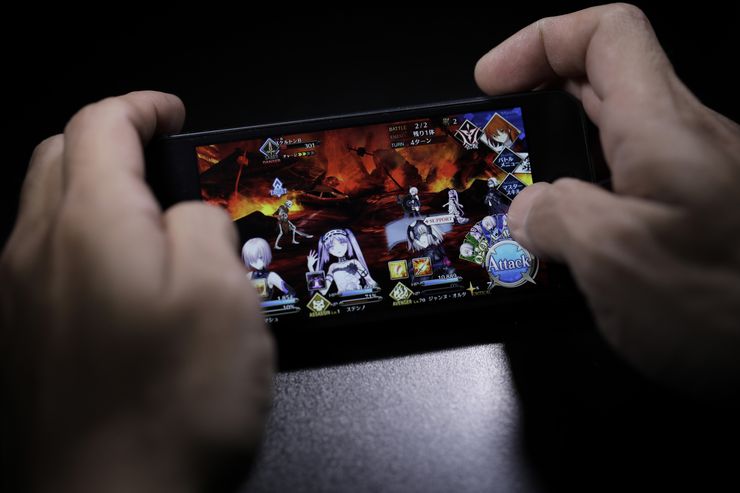 According to the Bloomberg , Nintendo Co might have scored a hit with the explosive debut of Pokemon Go this year.

On its home turf, however, Sony Corp. has quietly dispatched its rival with a popular mobile game called Fate/Grand Order.

THE GAME BASED ON AN ANIME TV SERIES CALLED FATE

The game, based on an anime TV series called Fate, allows players to travel back in time and team up with historical figures like Julius Caesar, Leonardo da Vinci and Joan of Arc to rescue humanity from looming disaster. While the basic version is free to play, people can pay for tokens that make it easier to add characters and speed up gameplay.

Fate/Grand Order has been at or near the top of Japan’s app revenue rankings all year and has been downloaded more than 7 million times since its July 2015 debut. It has made more money than Pokemon Go among Android users 104 out of 133 days this year, and 51 days on iOS devices, in the same period, according to researcher App Annie.

IN TERMS OF THE AMOUNT OF MONEY PEOPLE ARE SPENDING

“In terms of the amount of money people are spending, it’s up there above Pokemon Go,” said Damian Thong, an analyst at Macquarie Group Ltd. in Tokyo. “The intensity and engagement level for Fate/Grand Order is a lot higher.”

When Sony reported its latest quarterly figures last month, Sony Chief Financial Officer Kenichiro Yoshida singled out the game at a press conference, saying “it continues to positively” contribute to the music division, where it’s based. Fate/Grand Order helped to lift Sony Music’s operating profit by 23 percent to 16.5 billion yen. Revenue rose 8 percent to 150 billion yen. The game’s success is a sign of how important Sony’s gaming and entertainment businesses are for Chief Executive Officer Kazuo Hirai, as the company struggles with razor-thin margins and competition in televisions, cameras and other hardware. The company plans to expand its mobile games effort with more titles in more markets in the coming months.

The original Fate television series and more recent game emerged from Sony’s Aniplex studio, created in 1995 to produce anime TV shows and movies. Atsuhiro Iwakami, 44, the studio’s president, said the idea to branch out into gaming was hatched three years ago when he realized the show’s complexity and large cast of characters lent itself well to the mechanics of mobile games.

SONY MUSIC WAS QUITE GENEROUS WITH ITS BUDGET

“Sony Music was quite generous with its budget and said, why don’t you give it a shot,” Iwakami, himself a gamer and former producer on Fate, said in an interview.

Aniplex partnered with game developer DELiGHTWORKS Inc. and creative studio Type-Moon to produce Fate/Grand Order. Iwakami said he received little push-back from Sony, even though the game was made independently from the PlayStation division. About 200 people were involved in its production, he said.

“Whether you look at the number of downloads or users or revenue, it has exceeded our expectations,” Iwakami said, declining to share specific figures.

While mobile puzzle games such as Monster Strike and Clash Royale are also huge hits in Japan, Fate/Grand Order relies on a narrative, which has players traveling through time to days of the American Revolution or Roman Empire. While that approach has helped, it’s also proving to be a challenge because the game’s writers and producers need to keep coming up with fresh content to keep fans engaged.

“If our writers get stuck with story, the game will have to stop temporarily,” said Iwakami. “Even if I wanted to push the business forward and have someone else write it, I can’t.”

The game has been released in China, where Iwakami said it’s doing well, and it may be rolled out in other Asian countries. Expansion in the U.S., Europe and other Western markets is also possible, he said.

Sony, which is stepping up its efforts in mobile games, launched a new studio in March called ForwardWorks. Aniplex isn’t collaborating with the new unit, Iwakami said, though that might change in the future.

For now, Iwakami said he’s focused on maintaining Fate/Grand Order’s momentum, as long as his writers can keep fans engaged. Like its corresponding TV series, the game needs new stories and narratives to keep people engaged. Every time there’s a gap in the story line, usage drops.

“It will be a challenge for Aniplex to keep coming up with new narratives and characters over the next years, but so far they have been successful with it,”  said Serkan Toto, founder of Tokyo-based consultant Kantan Games Inc.

Aniplex is working on developing other new mobile games. A game called Band Yaroze that debuted in October, based on starting a rock band, hasn’t taken off and isn’t near the top of app download charts. In March, it will release a title based on the Puella Magi Madoka Magica anime series. Re-creating the success of Fate/Grand Order will be challenging, because it relied heavily on the popularity of the Fate anime series, said Macquarie’s Thong.

“Sony needs more of this: more experimentation and the willingness to take risk,” Thong said. “Hirai has always talked about willingness to try and explore and move into different areas.”

Chris ‘moot’ Poole on 4Chan surviving without him

3 brands that have gotten the Apple Watch right