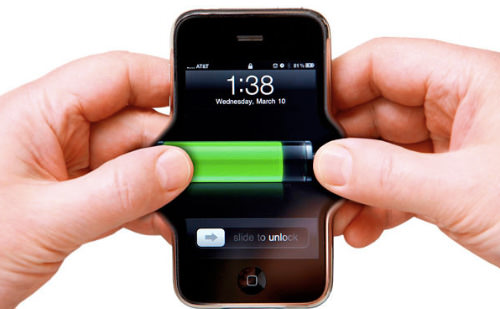 If you’ve worked a full day at the office before, you know what 3 p.m. feels like.

3 p.m. is when your hands fall slack off your keyboard and you mope to the nearest coffeemaker or soda machine, desperate to find a kick that will help you through the final hours of the day. It’s also when hours of emailing, social media posting and hunting for digital monsters catches up with a normal phone.

We’re using our phones more than ever, and that means the threat of a low battery — worse yet, a devastatingly long charging period — is a daily reality. It’s been reported that the vast majority (upwards of 66%) of Brits suffer from low battery anxiety, and average New Yorkers charge their phones more than twice every day.

The good news? There’s a superb new smartphone that makes that 3pm feeling a thing of the past. Well, for your phone, at least.

The charging solution that will change everything

OnePlus just released the most innovative charging technology on the market, Dash Charge, available on its flagship OnePlus 3 device.

On the surface, Dash Charge has all the flashy numbers that you might expect to hear when talking about an advanced quick charge system, like how 60% of the phone’s 3,000 mAh battery can regenerate in just 30 minutes of charging time, granting the user over seven hours of HD video playback.

However, there’s one crucial component of the Dash Charge story that sets it apart from other, comparable technologies: Reimagined power management.

When electrical current flows into your phone from a charging cable, your phone has to channel that current to the battery. Some of the current reaches its intended destination, but the rest turns into heat inside your phone. Heat dispersion can severely damage your phones electrical components over time, and is a leading reason why phones perform poorly while charging.

With Dash Charge on the OnePlus 3, that process looks a little different. Instead of directing the electricity into the phone itself — leaving room for heat dispersion to muck up the device’s performance — the Dash Charge adapter manages the current before it reaches the handset.

Inside the adapter, the current is processed and heat is dispersed, sparing the phone’s electrical systems and creating the most efficient charging process the tech world has ever seen.

This new take on power management keeps the phone cooler while charging, which allows the battery to quickly recoup without burning off energy as heat. What’s more, it allows users to play games and stream HD content while charging without sacrificing performance.

Just take a look at how quickly the OnePlus 3 reached a full charge during a 3D gaming test against top peers.

Dash Charge may not be the first entrant in the quick charging contest, but it’s different in all the right ways.

In the handful of weeks since Dash Charge’s debut inside the brand new OnePlus 3, the technology has received rave reviews.

OnePlus co-founder, Carl Pei, says that among many positive reviews, some early customers even claim that Dash Charge has allowed them to change their charging habits entirely — moving away from the time-honored overnight charge in favor of periodic quick charges, like at breakfast.

Dash Charge may very well be the greatest thing that’s ever happened to phone batteries, but there’s only one way to get your hands on the awesome new technology. All you have to do is put down the phone you’re holding, and upgrade to something better.

The brand new OnePlus 3 is the only phone on the planet to offer Dash Charge technology, and it’s already selling like mad. Some people even waited 13 hours in line to get one.

Don’t risk missing out on the most exciting phone of 2016. Simply click here to order the device for yourself.

Watch the livestream of Apple and the FBI testify before Congress