Digital Review
Home Apple Will Apple’s new iPhone 7 and iPhone 7 Plus be boring? 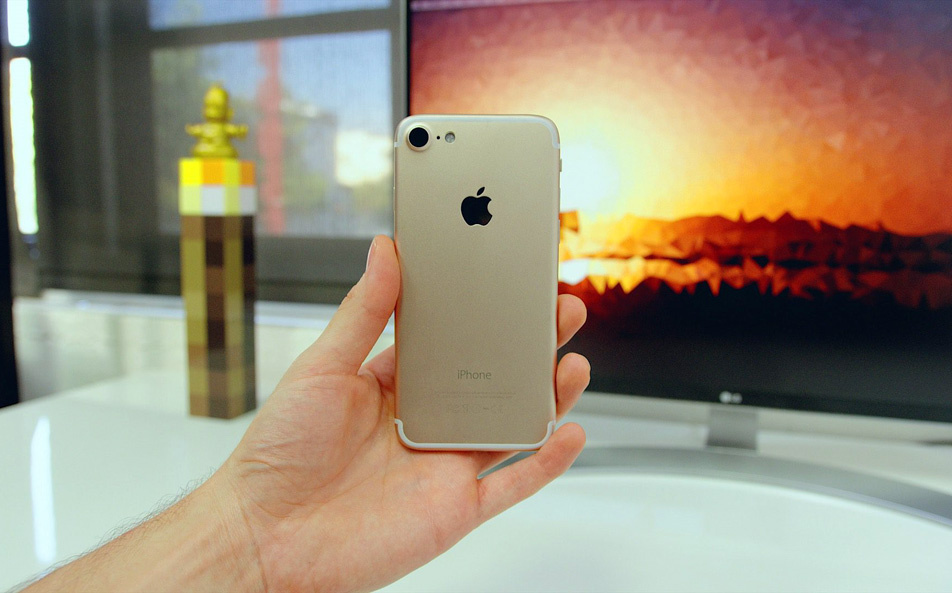 We’re likely less than a month away from the unveiling of the new iPhone 7, and the rumor mill is in high gear, with leaks at an all time high.

Regular readers will know that I don’t pick up and report on every iPhone related rumor and tidbit floating around the internet. It’s all too easy for someone to whip up a fake photo or claim to be a “source familiar with the company” and make some outlandish claim (remember how in the run up to WWDC 2016 “sources” were claiming iMessage was coming to Android?)

So what you are going to find here is a distillation of the rumors, with an added sprinkle of a few educated guesses based on an understanding of how Apple operates and also historical patterns.

WHAT WE KNOW FOR CERTAIN

First off, here’s what we know for certain — nothing. Yep, nothing. Zero. Zilch. Apple doesn’t talk about product transitions until it makes them.

Well, that’s a promising start, isn’t it? I promise that it does get more exciting from here on in.

Right now the favorite in terms of name for the new iPhone is the iPhone 7. This fits in well with the naming convention that Apple has been using since 2010.

To be perfectly honest with you, we don’t officially know that Apple is planning to unveil a new iPhone anytime soon (consider how many predictions there have been for Mac refreshes or an iPad Air 3 over the past year or so that have amounted to nothing).

However, based on historical patterns, as well an supply chain information — you can’t make millions of new iPhones without involving a lot of different companies to manufacture the components — there is very strong evidence to suggest that there is a new iPhone in the works. Joining the supply chain dots with the iOS 10 release scheduled for this fall, and the fact that Apple has, since the iPhone 5, been unveiling the new iPhone on the first or second Tuesday or Wednesday of September, with the iPhone shipping the second or third Friday after the unveiling.

Since Apple normally wants the bulk of the new iPhone sales to go into a single quarter — historically that quarter being Q1 — it would make sense for the iPhone to be released nearer the end of the month.

Now we’re getting into the meat of the rumors and leaks, after all, Apple can’t magic millions of iPhones out of thin air, so it has to involve dozens of companies and countless people in the endeavor.

According to ZDNet all the data points seem to suggest that the iPhone 7 will look pretty much like the iPhone 6s (or, for that matter, the iPhone 6). In other words, the form factor of the new iPhone will not see much material change.

There is a suggestion that Apple will introduce a Space Black iPhone, to match the finishes offered in the Apple Watch range.

Apple is also expected to redesign the antenna bands on the back of the iPhone, along with a few other small tweaks that I will cover later.

WHAT ARE THE EXPECTED BIG CHANGES?

While the look of the iPhone 7 is expected to closely resemble that of the iPhone 6s and iPhone 6, there will be some key changes.

These are expected to be:

WHAT ABOUT THE HARDWARE SPECS?

If past patterns hold true, expect the iPhone 7 and iPhone 7 Plus to be powered by an A10 processor that offers twice the performance — both computing and GPU — of the existing A9 system-on-a-chip hardware.

Whether Apple will pull this off with a dual-core chip, or have to bump the silicon up to a quad-core remains to be seen.

As far as RAM is concerned, I think a lot of this depends on the display. If Apple upgrades the displays to 1080p on the iPhone 7 and 2K on the iPhone 7 Plus, then 3GB of RAM may be needed to prevent frame drops and an overall degradation of performance.

3GB of RAM could also be useful if Apple is going to wade into the VR waters.

WILL THE IPHONE 7 BE WATERPROOF?

Maybe. The iPhone 6s features rubber gasket that does a good job of keeping out the elements, and removal of the headphone jack would be another step in the right direction.

In many ways it makes sense for Apple to make the iPhone 7 waterproof — or at least splashproof — given how many flagship Android devices now sport this feature.

I fully expect Apple to drop the 16GB of storage option and offer 32GB as the base option. Whether the lineup will be 32GB, 64GB, and 128GB, or 32GB, 128GB, and 256GB is unknown, but more storage is something that is always on the iPhone owner’s wish list (along with a bigger battery).

WHAT ABOUT THE PRICING?

QUICK TAKE ON SOME OF THE OTHER RUMORS

iPhone 7 camera review: So good, you don’t need the 7 Plus

10 Tips and Strategies for a Better Facebook Marketing Campaign

Russian hacker group believed to be behind world’s first cyberattack on power stations in...