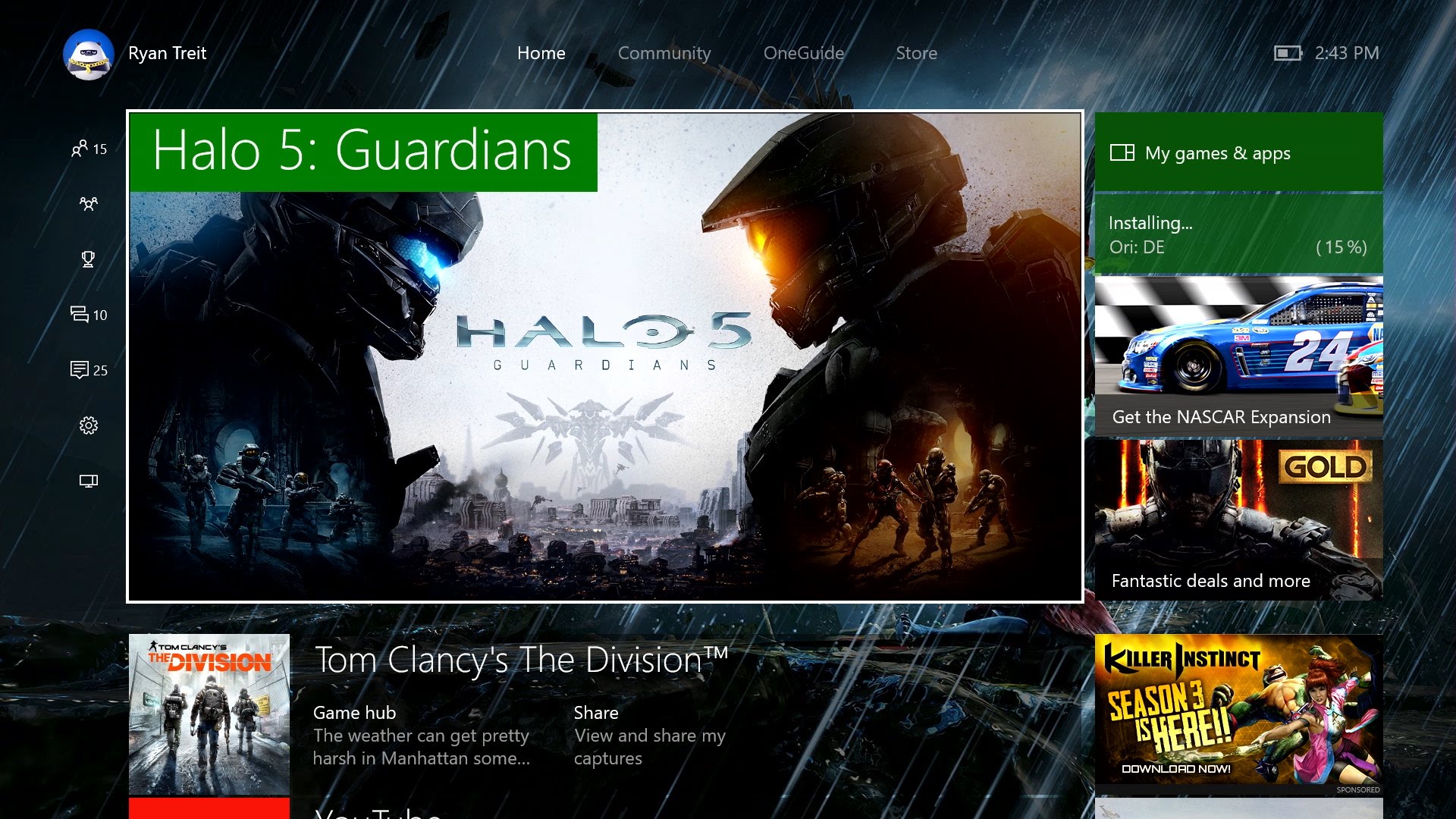 New features, such as Background Music, are coming to the console. Xbox One’s summer update has begun rolling out to users this weekend. It may take a couple of days for some to receive the prompt that downloads the patch, but the update delivering Cortana, background music and more is on the way now.

The summer update is the roughly same collection of features pushed to Xbox One Preview in early June. The two biggest inclusions are Background Music and Cortana, and the game collection window has been cleaned up and made more useful, particularly in installing and updating games.

Background Music supports the Pandora app, which will launch soon on Xbox One. Later on Groove Music and iHeartRadio will join the console. (Spotify will not; it has an exclusive partnership with PlayStation). As its title implies, Background Music lets gamers play their favorite tunes as they game on Xbox One.

Cortana, the virtual assistant well known to Windows 10 users, comes to the console to help users execute voice commands, perform searches and join multiplayer sessions with greater clarity. Cortana hears the user through either the Kinect microphone or a headset microphone plugged into a controller.

The improved Game Collection window helps users sort and view their installed games more easily. It also adds “Ready to Install” and “Update” tabs so that users can find games needing either process more quickly and get those downloads going.

Language independence, a highly requested feature, also comes with the summer update. It simply means that a user may set the language for his or her console to something other than the one used in his region; for example, using English even if they live in Germany. Xbox One will also be able to link a user’s Facebook account to find friends from the social network who are playing games. The console’s screenshot and video sharing has also been streamlined so that those tasks are more easily accomplished.

The summer update clears the way for the launch, on Tuesday, of the new Xbox One S(the 2 TB model; 500 GB and 1 TB editions go on shelves three weeks later). Other Xbox Live features announced at E3, such as Clubs, the Arena, and Looking for Group, will be added to the service with an update around the holiday season. SOURCE: Major Nelson

Last November, we transformed Xbox One to make it faster and more social with the New Xbox One Experience, and since then we’ve been delivering regular fan requested features and updates. Expected this week, we’re releasing into Preview a summer update that will start to rollout to our Xbox Preview audience for Xbox One, and in the coming weeks we’ll release it to the Xbox app (beta) on Windows 10. New features will rollout to the Preview audience in waves, not all at once. We’re really excited about this update as it lays the foundation to bring together more people and more games across devices through Xbox Live.

Starting this summer, Xbox One and the Xbox app will receive the first of two updates that will help you stay connected with friends on Xbox Live and enjoy even more games across your favorite devices. Cortana will come to Xbox One; the Xbox and Windows Stores will start to become unified; we will begin to introduce your top PC games with Game Hubs to Xbox Live, and more. These updates are crucial to giving our fans around the world a great gaming experience wherever and whatever they play.

Here are some of the features that are expected to start to rollout to Xbox One Preview this week, and the Xbox app (beta) in the coming weeks:

Xbox One and Xbox app

For the update coming this summer, we’re taking the same approach we used for the New Xbox One Experience with an opt-in program to let fans choose how they want to participate. We’ll begin testing a set of features expected this week with an opt-in audience in Xbox Preview. Like all Preview releases, the features are a work-in-progress as we refine them before they launch to the broader community, and some features can stay in Preview for extended periods of time. Additionally, we’re constantly evaluating new ways for fans of both the Windows Insider Program and Xbox One Preview program to participate and give feedback. We’ll have more to share in the future.

As we continue to evolve the Xbox experience, we appreciate each and every suggestion provided on Xbox Feedback. In just this past year, we’ve released more than 200 new features inspired by fan feedback on Xbox One through our regular updates and the New Xbox One Experience. In the upcoming months, the team will be focusing all of our efforts on the next two updates and won’t be releasing an update every month.

We’re very excited for the Xbox update coming this summer. Keep the feedback coming and thanks for helping make Xbox great! I’ll see you on Xbox Live.

Samsung Galaxy S8: Everything you need to know

How to Get Paid for Freelance and Brand Work on Time, Every Time

How to hire designers: It’s more important to solve the right problem than to...