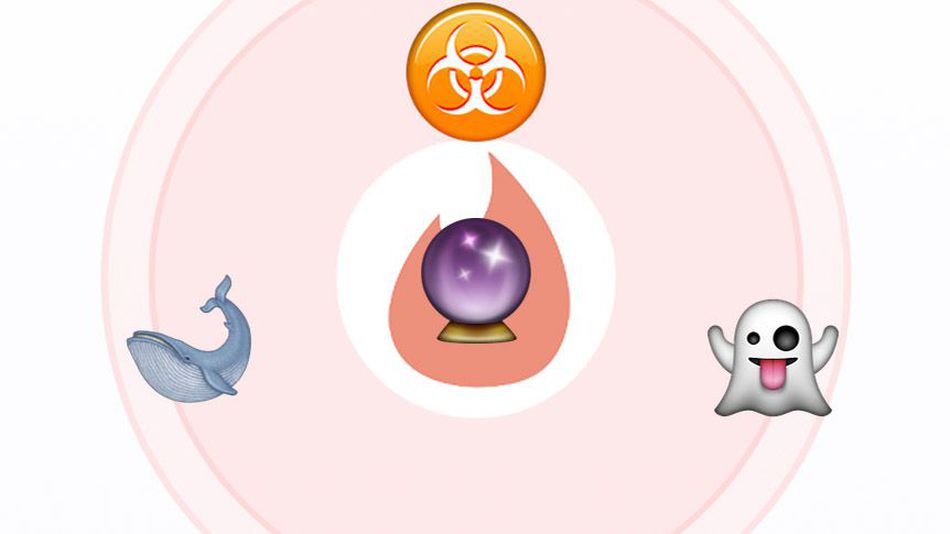 Emoji have become an important part of online dating, whether you’re a sweetheart who sends the little heart-eyes 😍 or a frat bro who sends the eggplant 🍆..

According to Mashable, with that in mind, here are nine taboo emojis that are sure to get you ghosted if you send one while flirting. Also, don’t send the eggplant.

Crystal balls are used for looking into the future, which is the worst thing you can do this early on. If you’ve only gone on a couple dates so far, sending a crystal ball suggests that you’re already thinking about marriage or, god forbid, having kids.

This certainly isn’t to disparage the french horn. Playing the french horn is no easy task, and it’s one of the tougher brass instruments to play. But nobody in the orchestra chooses to play french horn, it’s something you take on because it needs to be done.

That’s not the message you want to send them, unless you want everything to go flat. If you have to keep it brass, stick to 🎺.

Never suggest to them that you’re gambling on this relationship.

You should be aware that this is, in fact, one of two whale emojis on your phone. And this is by far the least romantic of them. The other whale has a water spout and big eyes. Look at it: 🐳 .

That whale was cute and cartoonish, perfect for this early romantic stage. But this one here is realistic, the opposite of romantic.

However far you think you are in this relationship, you’re not ready to send them this one.

This happens to be the symbol for House Tyrell on Game of Thrones, which means you’re probably about to send them some major Game of Thrones spoilers. But they’re still on Season 3, and they haven’t even reached the Red Wedding yet. Save the spoilers for when they’re your ex.

Now this one is just downright spooky. If you’ve just started talking to them, try not to scare them into a heart-attack so quickly, Dracula. Cool it.

This should only be used in radioactive sites or at the Rio Olympics. When talking to someone online, this is an extreme way to let them know they’re acting toxic. The simple radioactive emoji will do just fine ☢

There’s now a YouTube app for Android Wear, because who cares about battery life?