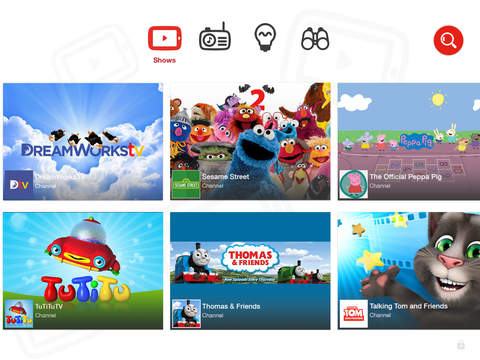 YouTube Kids, the child-friendly version of YouTube’s service launched last year which faced criticism for the way it handled advertisements, has today launched a version of the service that will offer parents the option to pay for an ad-free experience. Now, YouTube Kids will be bundled into the YouTube Red subscription program, a paid membership that offers a variety of features, including offline videos, background play, and no paid ads.

Explains Google in an announcement, YouTube Red will now be extended to the YouTube Kids application, meaning kid videos can be saved for those times you don’t have a connection, songs can be sung along to even while using other apps, and paid advertisements will disappear.

For YouTube Red subscribers, these features also work in YouTube’s main application as well as its standalone YouTube Music and Gaming apps, in addition to YouTube Kids. (The Kids app works with the Red subscription in the U.S., Australia and New Zealand for the time being, Google notes.)

That all sounds great, right? Well…

Removing paid advertisements from YouTube Kids by paying for a subscription doesn’t fully address the complaints some consumer watchdog organizations had with this children’s app. The issue was never really the paid, disclosed ads that appeared on the service. It was the subtler, paid endorsements that YouTube video creators didn’t disclose. It was the fact that kids could surface actual TV commercials when searching for a generic keyword, like “cookies,” and this wouldn’t be subject to YouTube’s paid advertisement guidelines. / Read More at: https://techcrunch.com/2016/08/03/youtube-kids-rolls-out-an-ad-free-option/

How Barneys is digitizing its New York City flagship store