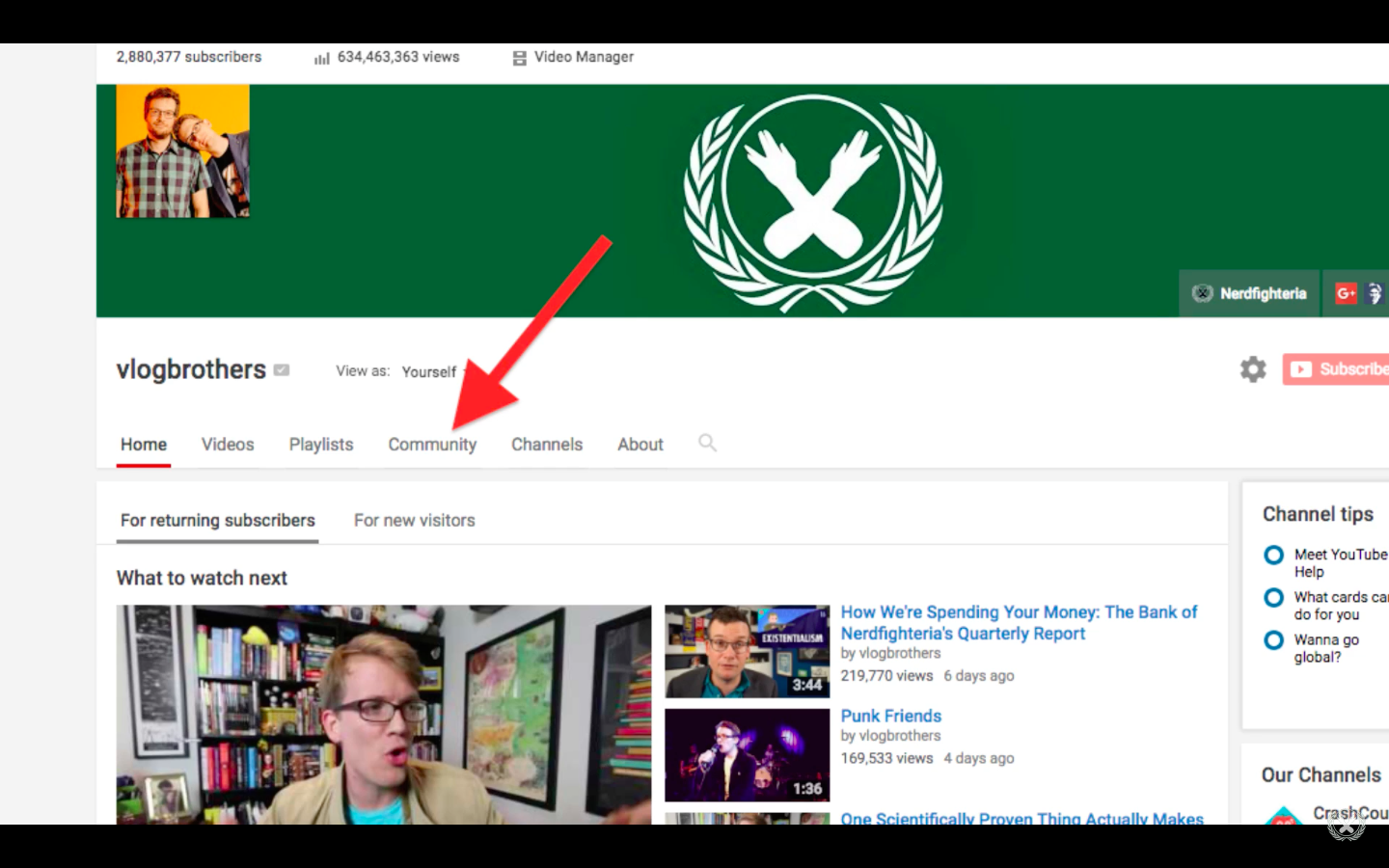 YouTube launches its new social network, and it doesn’t suck

YouTube isn’t television; it’s better. The best YouTube channels are a conversation between creators and their audience, and a change leaked a few weeks ago but announced today officially acknowledges that.

According to TNW, Some channels now have a “Community” tab, where YouTubers can send messages to their audience without having to post a video. This might kill off the “Announcement” sub-genre of videos by letting YouTubers quickly say something without hitting the “Upload” button. It could also encourage YouTubers to interact with their audience on YouTube itself, instead of on other platforms such as Twitter or Facebook.

YouTube comments are infamously terrible, but there are a few exceptions. Among my favorite is the Vlogbrothers, a long-running staple of YouTube that is the core of the contagiously positive Nerdfighter community. Helmed by vloggers John Green and his brother Hank Green, Nerdfighteria is a force for good, supporting charity, empathy, and rational inquiry.

So the Vlogbrothers channel is a natural testing ground for the new “Community” tab. If you check out their YouTube page (and you should) you’ll see the new feature in action.

Subscribers can choose to get notifications every time a creator adds a post here.

“YouTube has always thought of itself as being about video, but for many of us it’s mostly been about community,” Green says.

As a user who cares more about communities than cat videos, I agree. It’s really nice to see YouTube give this reality some official recognition. It’s also nice to see these features added to YouTube itself, instead of another social network being shoehorned into the site.

Do You Recognize These 21 Blogging Mistakes?

eBay acquires SalesPredict in an attempt to be more like Amazon

Brands are using emojis more than ever, research confirms