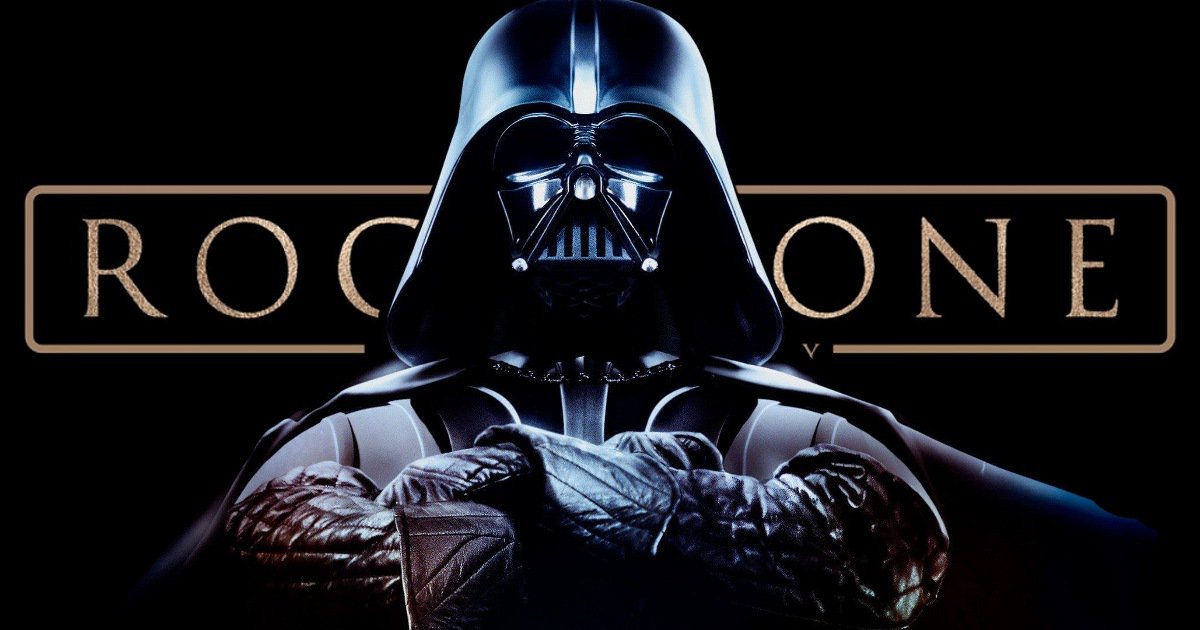 Star Wars: Rogue One has released to largely positive reviews and a fairly healthy buzz, if not quite the thundering elation and rock solid critical reception of last year’s The Force Awakens.

I SAW THE FILM ON FRIDAY AFTERNOON

I saw the film on Friday afternoon, and came away feeling mostly happy about it. The movie was action-packed, had some great characters, and ended with a bang. It was funny and visually striking.

And yet…something was missing, both as a film on its own merits and as a Star Wars movie. The more I went over the movie in my mind, the more problems I uncovered.

Here are my top five.

1. Yet another Death Star plot.

I’m less bothered by this than I was by The Force Awakens, which introduced the third and largest of the Death Stars, but perhaps because there have been so many Star Wars films focused on these giant planet-destroying weapons, it all felt a little stale by the time we got around to Rogue One. It’s hard to be shocked and awed by the Death Star when you know that it’s just the first of three that gets blown up by the rebels. And the second two got blown up without the help of Gelan Erso’s secret trap.

It was fun to see how the Death Star came to be, and how the Alliance didn’t even believe it was possible at first, and I loved how the end of Rogue One leads so directly to the beginning of A New Hope, but yet another plot focused on the Death Star felt uninspiring, especially when there’s a whole galaxy of other stuff to be explored. Why isn’t Disney exploring all that other stuff in its “Star Wars Stories” spin-offs?

Easily the most off-putting moments of the film were the scenes with the CGI version of Grand Moff Tarkin. The actor who originally played Tarkin in the original films, Peter Cushing, passed away in 1994. This would have been a good reason to either A) not include Tarkin in the film (which would have been fine and easy) or B) find some other way to include him that wasn’t so glaringly digital. While the special effects are remarkably good, Tarkin still looks fake compared to the real humans around him, fake enough to make his inclusion puzzling.

HOW ELSE COULD TARKIM HAVE SHOWED UP IN ROQUE ONE

So how else could Tarkin have showed up in Rogue One? The obvious choice is as a hologram. He could have spoken with Director Krennic remotely in hologram form, which would have distorted him enough to appear much more plausible thanks to the distortion. Or he could only show up briefly at the end to replace Krennic and not have a speaking part at all.  Finally, he could have only delivered one short line, not next to other actual human actors, much like the other CGI character in the film, who looked far, far better largely thanks to her isolation and brevity. (I was actually quite impressed with CGI Leia, but could easily see how having more of her would have shattered the illusion.)

How many planets do we need to go to in one movie? (Credit: Disney)

In the opening half hour of Star Wars: Rogue One we travel to several different planets, bases, and even time periods, hopping between locations as rapidly as a Mission Impossible film. We’re introduced to a bunch of different people and plots and have to keep track of all of it while the film pushes forward relentlessly.

Compare this to the opening of Return of the Jedi, which gives us an extended scene on Tatooine in Jabba the Hutt’s palace, firmly establishing both the who and the where of the film in its opening salvo before moving on to second and third acts. Compare it to The Empire Strikes Back with its establishing first half hour or so on Hoth. In both films we get moments of great action, but we also are able to establish a memorable locale and great character moments.

In Rogue One we bounce around so much that by the time we reach Jedha we barely remember where we’ve been…and then Jedha (the city) is destroyed. I loved Scariff also but all we get of it is a battle—one reminiscent to the battle of Endor in Return of the Jedi but without the slower, establishing scenes and human drama.

I also didn’t quite follow the whole “need to contact the rebels to get them to take down the shield” bit at the end. This was similar to the rebels taking down the shield on Endor in Return of the Jedi, but led to a bunch of the good guys sacrificing themselves to turn on a master switch so that Bodhi could contact the fleet…to tell them something they already knew.

4. There’s also too many characters.

Too many characters, but Chirrut Imwe was still awesome. (Credit: Disney)

For being a self-contained movie where everyone dies, Star Wars: Rogue One sure introduced a lot of new characters. Then it sprinkled in older characters for the nostalgia factor, from Darth Vader to CGI Tarkin to Bail Organa and Mon Mothma.

I loved some of the new characters. I loved the Jedha guardian duo—the heavily armed Baze Malbus and his blind partner and badass warrior-monk Chirrut Îmwe. Both were characters I would have loved to see more of in other films, but of course both die, since pretty much all the new characters in the film die.

I was less impressed with the protagonist Jyn Erso and her rival/partner Cassian Andor. Neither character felt deep enough to justify their lead roles, and the relationship between the two never really had time to blossom. Things simply moved so rapidly from one event to the next. Jyn also felt too similar to The Force Awakens’ lead Rey, though without the verve or the Force. Cassian had some depth—his willingness to murder for the Alliance, for instance—but it was never explored enough.

The smaller characters were all more interesting. The droid K-2SO was a wonderful change from weaker droids who couldn’t fight, bringing both humor and some great action to the film. Saw Gerrera was wonderfully crazy in his paranoid militancy, though we didn’t get nearly enough of him, and I wonder if this film would have been better as an Apocalypse Now knock-off than a straight-up war movie.

Ultimately there were simply too many characters and all the new ones were created just to be killed off in the end. The combination makes it both hard to care about these people, and hard to want to go back and watch it again.

‘Star Wars’ At The Box Office

5. It’s missing that special something that makes Star Wars what it is.

I hear a lot of people saying this is the best Star Wars film since the original trilogy. I’d say it’s the second best, after The Force Awakens, largely because it doesn’t capture what I think makes this franchise great and worthwhile.

What that is is a bit harder to quantify. Rogue One is “dark” but it isn’t the darkness only that makes it less like a Star Wars film. The Force Awakens was very dark as well, with the death of Han Solo at the hands of his own son. Return of the Jedi was dark. A New Hope saw the destruction of an entire planet. Star Wars has always had a dark side.

The problem, I think, is that Star Wars has always still been about Good vs. Evil, and plainly so. Even its most subtle and important battle—the battle for Anakin Skywalker’s soul—was still clearly about what was right and what was wrong. There was always hope, always the good guys vs. the bad guys. Even in the prequels, when the Jedi are not as good or just as they later become and the Sith are not as clearly evil, the audience is still supposed to understand that Anakin is twisted away from his destiny to restore balance to the Force and toward something dark and power-hungry.

Perhaps the lack of Jedi also makes it feel a little less Star Wars-ish, though Chirrut Îmwe’s staff-fighting and miraculous moment at the end were both pretty awesome.

Suffice to say, I’m the type to watch Star Wars movies over and over and over again (though not so much the prequels.) I’ve watched the original trilogy countless times and went to The Force Awakens three times in theaters. I’m not sure I feel the need to see Rogue One a second time, though I probably will anyways just to catch all the stuff I missed.

Overall, Rogue One is a good movie that would probably not have been as exciting had it not taken place in the Star Wars universe. Without that important backdrop and mythology, it could have been any other generic action movie. There were some truly great moments and great special effects, wonderful action and even some very funny exchanges and nods to earlier films. The ending—as Darth Vader boards the rebel flagship to retrieve the stolen Death Star data—was absolutely perfect in every way, bringing us directly to the beginning of A New Hope. But these good moments aside, Rogue One remains my least favorite of the non-prequel films, and its shortcomings reveal so much missed potential.

Facebook has a new slideshow feature to spice up your photos

How to use digital analytics for newsrooms? The Importence of Digital Data for Newsrooms

Everything you wanted to know about creating a $300k course