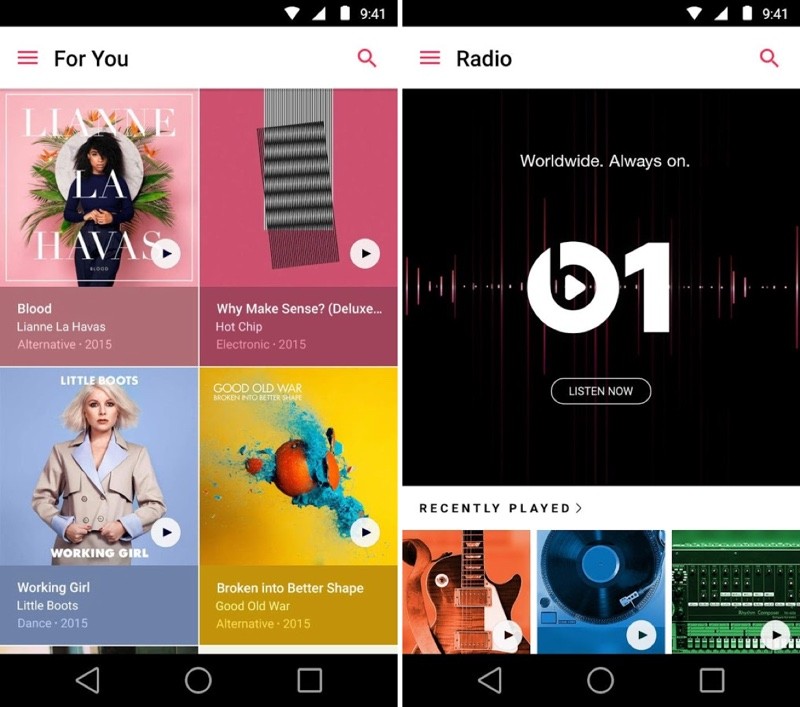 Version 1.0.0 of the app is now available to download from the Google Play Store for Android devices running 4.3 and higher.
There aren’t many new noteworthy updates to Android’s Android Music app. The change log in the big 1.0 version includes: “This update includes equalizer settings and a variety of performance, playback, and stability improvements.”

Apple Music for Android didn’t launch to great fanfare, especially for non-Apple fans. The app was hit with 1-star reviews just because. But it looks like most Android fans using Apple Music and writing reviews are enjoying it. The app currently has a 3.3-star (out of 5) rating.

One reason to like the Apple Music Android app is that it actually uses a more Android-like design language. Compare that to how Google designs its apps for iOS, which uses its Material Design guidelines and doesn’t work like an iOS app, with icons and fonts that just clash.

Apple’s decision to go with a native app shows the company was serious about getting all the details right and respectfully courting Android users.

Augmented reality has no clothes

The sophisticated marketers’ guide to LinkedIn: Everything you need to know for 2016

Bose wants your kids to build their own Bluetooth speakers