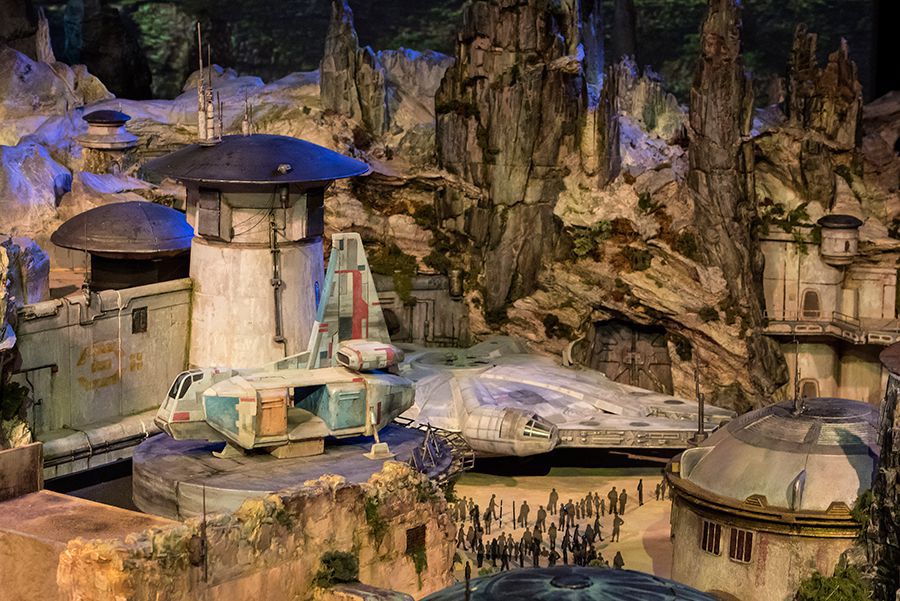 According to the Mashable, Disney unveiled a first look at “Star Wars” Land Thursday night, and it’s absolutely massive.

Disney has finally given a first glimpse into its highly anticipated Star Wars lands currently being built in California and Florida, unveiling a 50-foot wide 3D model of the area that will eventually cover about 14 acres. The Star Wars-themed attractions are due to open in 2019 at Disneyland in Anaheim, and at Disney’s Hollywood Studios at Disney World in Orlando.

IN A BLOG POST, THE COMPANY SAID BOTH STAR WARS INSPIRED LANDS …

In a blog post, the company said both Star Wars-inspired lands will take guests to a never-before-seen planet, a remote trading port, and “one of the last stops before Wild Space.” The unveiling came at the D23 expo, currently being held in Anaheim, California, where the models are on display through the weekend.

There will be two main attractions — one that lets guests captain the Millennium Falcon on a secret mission, while the other places thrill-seekers in the middle of a “climatic battle” between the First Order and the Resistance. The images released show rugged terrain, lush forest reminiscent of scenes on Endor in Return of the Jedi, and metal cantina structures. According to Bloomberg, the new Star Wars lands will cost about $1 billion each.

Why the Washington Post is building chatbots to deliver the news

The best hypothesis has been about iPhone 7: stereo speakers