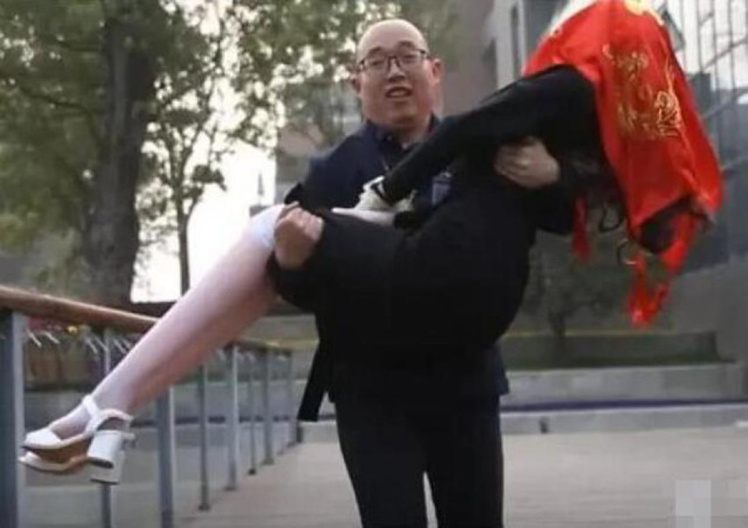 According to the Indianexpress, Chinese guy fails to find a wife so he marries a robot. Now he is the happiest husband in the world.

Just when you thought you have seen and heard everything, a Chinese engineer – who didn’t seem too optimistic and decided to give up on finding love for himself – married a robot he created. Now, while we live among despondent people who give up on the search for love just because they didn’t find anybody, this man sets a bar! According to a Qianjiang Evening News report, Zheng Jiajia, 31-year-old artificial intelligence expert, created the ‘female robot’ in 2016.

Yingying, the name of the the ‘newly-wedded wife’, can identify Chinese characters and images and even say a few simple words. Well, with a wife who doesn’t speak much, Jiajia might just be the happiest husband around (one would assume)! According to reports, he ‘married’ his creation in a simple ceremony on March 31. Jiajia wore a black suit on the special day, while Yingying gave him company in a black suit as well, but with a red cloth (a la ghungat?) covering her head.

The ceremony saw Jiajia’s mother and friends in attendance

According to a South China Morning Post report, the ceremony saw Jiajia’s mother and friends in attendance. Apparently, one of his friends said that he had become quite frustrated because he was unable to find a girlfriend for himself. Jiajia reportedly wants to upgrade his wife’s ‘settings’ so she is able to walk and help out with some of the household chores as well. Well, so what if matches are made in heaven, science is making love happen too!

Data Incubator opens a West Coast campus to groom the next generation of data...

Boon + Gable closes on $2.5 million for its in-home stylist and shopping service

Windows 10 Anniversary Update will finally be available on August 2