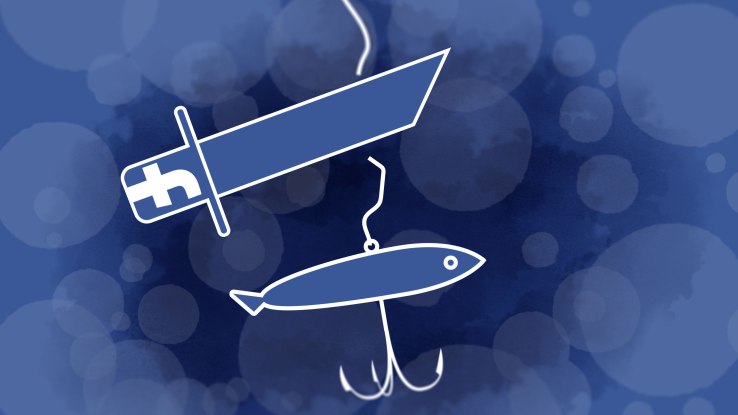 Facebook’s new publisher algorithm will not let news pages for ‘Clickbait’. Facebook Built an Algorithm to Fight Clickbait. Facebook is cracking down again on “clickbait” content farms that spam users with sensational headlines that leave out crucial information or mislead people.

Here’s how the company explained the clickbait problem in a blog post announcing the change:

We’ve heard from people that they specifically want to see fewer stories with clickbait headlines or link titles. These are headlines that intentionally leave out crucial information, or mislead people, forcing people to click to find out the answer. For example: “When She Looked Under Her Couch Cushions And Saw THIS… I Was SHOCKED!”; “He Put Garlic In His Shoes Before Going To Bed And What Happens Next Is Hard To Believe”; or “The Dog Barked At The Deliveryman And His Reaction Was Priceless.”

The changes apply to headlines on links to text articles but not videos.

In Facebook surveys, users complain about posts with enticing headlines that ultimately disappoint the reader. But many of its 1.7 billion users can’t help but click on such headlines.

Over the past 2½ years, Facebook has attempted to squash clickbait by pushing it down the news feed, while also promoting what it describes as “high-quality” content.

“We worked on clickbait in the past and we made improvements but clearly that was not good enough,” says Adam Mosseri, Facebook’s vice president for product management. “We heard that loud and clear from the people who use the product every day.”

Facebook constantly changes its computer algorithm that determines what people see in the news feed, making small tweaks on a nearly daily basis and bigger ones about once a month to weed out the junk and give priority to “authentic” content.

To encourage Facebook’s 1.7 billion users to spend more time on the service

This tweak is the latest in a series to encourage Facebook’s 1.7 billion users to spend more time on the service. News Feed is critical for Facebook: the more time spent scrolling through the feed, the more ads Facebook can show.

So how exactly is Facebook defining clickbait for the purposes of this filter? That’s a good question, and Facebook offered a two-part answer. A clickbait headline, the company said, meets at least one of the following criteria (emphasis Facebook’s):

… The headline “You’ll Never Believe Who Tripped and Fell on the Red Carpet…” withholds information required to understand the article (What happened? Who Tripped?) The headline “Apples Are Actually Bad For You?!” misleads the reader (apples are only bad for you if you eat too many every day).

Clickbait is the bane of many users’ Facebook experience

Merriam-Webster defines clickbait as “online material (such as headlines) designed to make readers want to click on hyperlinks especially when the links lead to content of dubious value or interest.” Mosseri says clickbait is the bane of many users’ Facebook experience. They frequently complain about clickbait headlines in focus groups and surveys. They even file “bug” reports. Facebook is aiming to deliver what users want which is content that is “real and genuine,” he says.

Clickbait is one of the most complained about parts of the News Feed. Some people even file bug reports blaming the News Feed ranking algorithm. The change aligns withFacebook’s recently announced News Feed Values. “Authentic Communication” is one of the five values, along with “Friends And Family Come First,” which led to last month’s feed change to de-emphasize news publishers.

Facebook is even open to sharing its insights about how to fight clickbait with other social networks or tech products. “I have no problem walking any company through what we did and how we did it so they can borrow it,” Mosseri tells me.

However, Facebook won’t be publicly publishing the multi-page document of guidelines for defining clickbait because “a big part of this is actually spam, and if you expose exactly what we’re doing and how we’re doing it, they reverse in engineer it and figure out how to get around it.”

In a possible slight to Gizmodo, which accused Facebook of suppressing conservative trending topics based on information from anonymous sources, one of Facebook’s fake examples of clickbait comes from a site called “Gizmotecho.com”

Facebook already made an anti-clickbait algorithm change in 2014, focusing on user behavior. It looked for links that people Liked then clicked, but then immediately bounced back to Facebook and Unliked because the website they arrived at didn’t meet the expectations set by the headline.

In February Facebook started looking more closely at how little time people lingered on clickbait sites, and identified links with lots of clicks but very few subsequent Likes. Today’s change focuses on the source of the problem rather than tracking the symptoms.

To help publishers stay on the good side of the enforcement algorithm, Facebook has posted some tips to avoid relying on clickbait. Facebook advises that publishers avoid omission of important information to trick readers into clicking, like “You’ll Never Believe Who Tripped and Fell on the Red Carpet…” Facebook instead suggests calls to action and text prompts. Facebook also recommends avoiding exaggeration like “This Pen Never Ever Runs Out of Ink! Get It While It Lasts!”

News publishers are naturally nervous about any News Feed change

News publishers are naturally nervous about any News Feed change. They depend on Facebook for referral traffic, and are on guard since Facebook said it would prioritize friends and family over them last month.

If all these anti-clickbait efforts work, it could boost referral traffic for legitimate publishers, as users may become more confident that links they see are worth a click.