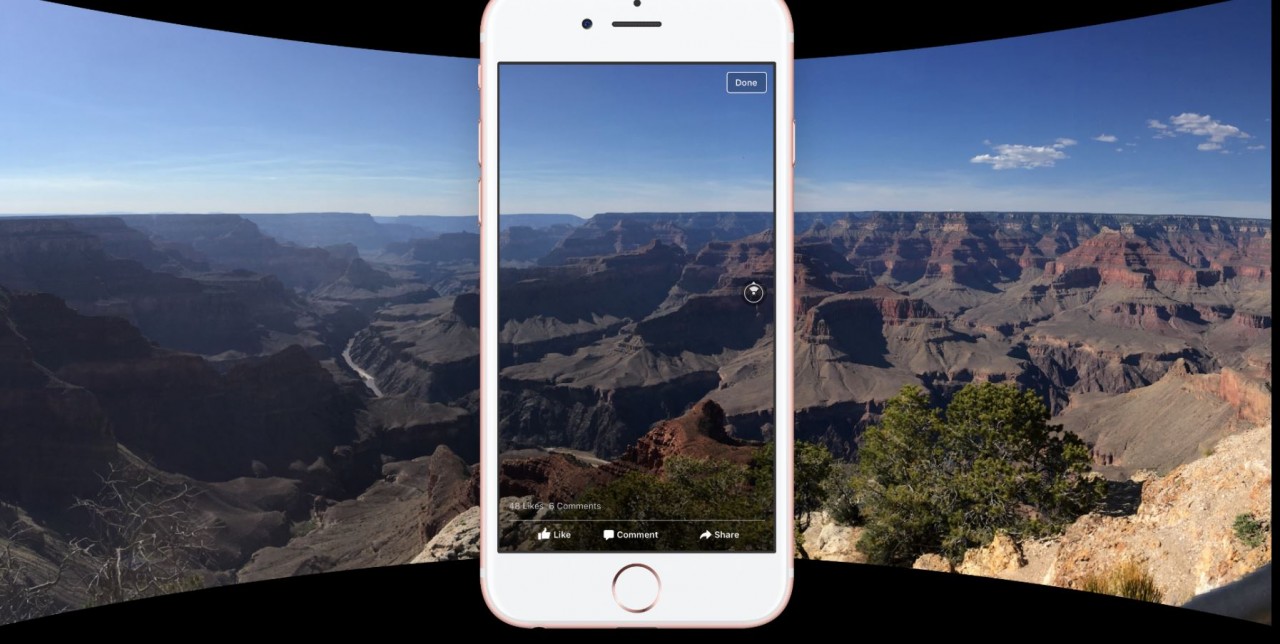 About a year ago, Google released the free Photo Sphere app (since renamed the Street View app), which allows you to easily take 360˚ Google Street View images with your smartphone to post on the public Google Maps archive. And until now, there’s been no social media application for this powerful tool.

And while the Street View app can be connected to some 360˚ cameras like the Ricoh Theta and Samsung Gear 360, its photo-stitching tool that utilizes your phone’s camera and accelerometer is both easy to use and powerful.

Just spend two minutes aligning your phone’s camera with the app’s 360˚ markers, and you can make a panorama of the size and scope of your pleasing.

The app takes about a minute to stitch the images together and once it does, it saves the image to your phone’s camera roll so you can post it onto Facebook. The Facebook app needs to be updated to its newest version to recognize the photo as 360˚.

The app’s strongest in wide open spaces where slight changes of your position in space won’t alter the 360˚ point of view.

I shot mine in our crowded NYC office, so it wasn’t perfect, but considering it’s a free tool, it did a pretty impressive job. Not to mention, you can always touch up the image in Photoshop before posting it online.

It’s a fun and easy tool with a lot of potential to make immersive 360˚ content for Facebook. Currently, not many people or brands are taking advantage of it. You should.

‘Reach and return': The Financial Times is making its paywall leakier

You definitely should not buy these iPhone cases