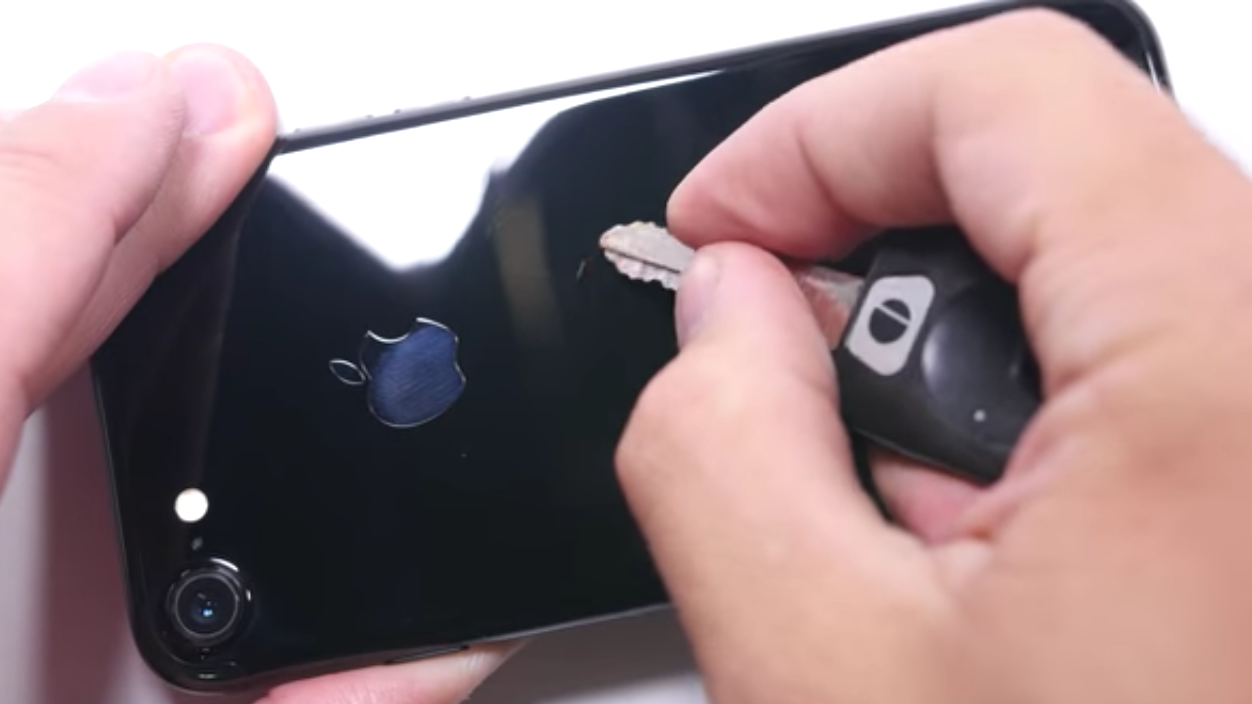 People couldn’t wait to get their hands on the iPhone 7 just to scratch it, drop it, and attempt to bend it. Sounds like the perfect thing to do with a new phone! On the channel JerryRigEverything, the team tested the new iPhone for scratch and bend resistance. TheVerge clears that the back of the phone, the screen, the home button, and camera lens resisted scratches from both coins and keys. Great!

But the phone did scratch from a razor blade, even though Apple says its home button and camera are coated with sapphire crystal.

Take keys to your phones

Sapphire is supposed to be resistant to scratches up to nine on the Mohs Scale, which is a hardness test that measures scratch resistance. Both the camera and home button scratched below that level. JerryRigEverything also found that the screen rebounded from fire being put to it and wouldn’t bend under pressure. Bending did unstick the water-resistant adhesive, though, so maybe don’t sit on your new phone.

Okay, so drop tests! TabTimes dropped the iPhone 7 and 7 Plus from over seven feet and they survived. There were a few scuffs and scratches, but the screens didn’t crack, even when dropped directly on their face. I guess this means you all can go take keys to your phones and drop it from above your heads with no fear. Get to it.

Prompt wants to be the command line for the real world

Friday’s Internet Outages May Be Just the Beginning

Facebook Messenger adds Spotify integration for rocking out with friends

How to battle at gyms and win in Pokémon Go