Digital Review
Home Applications The line of Pokemon stickers will raise funds for children affected by... 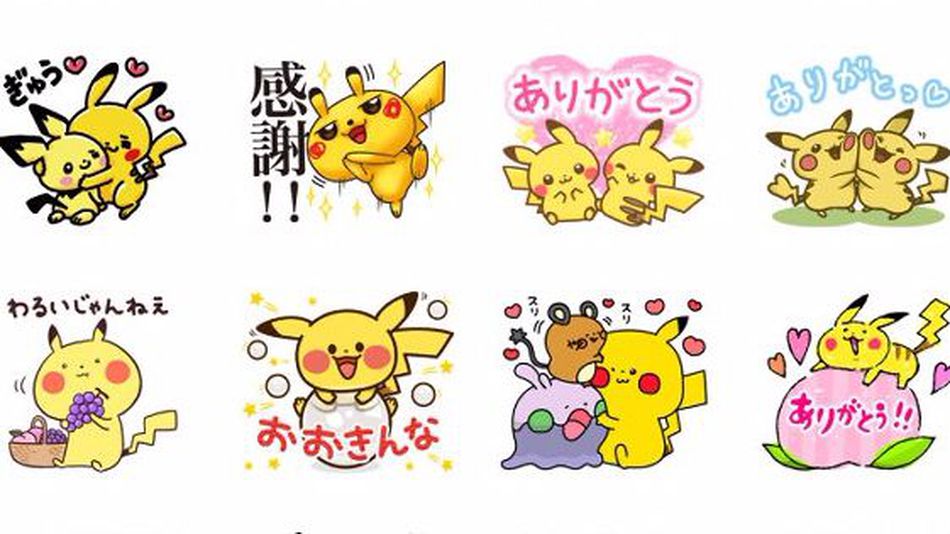 Messaging app Line is chalking up karma points with their latest sticker release.

On Tuesday, the Japanese company released a new set of Pokémon-themed stickers, with all proceeds going towards the charity, Chance for Children. The organisation was set up in 2011 to help Japanese children affected by the country’s natural disasters.

There are a total of 40 stickers featuring Pikachu saying “Thank you” in different Japanese dialects. The stickers were designed by people from all over the country who submitted their illustrations to Line’s Creators Market.

According to Line, there were more than 180 submissions, but the selections were whittled down to 40 by Junichi Masuda, general manager of game developer, Game Freak. The company is behind the Pokémon role-playing video games.

It’s been five years since a 9.0 magnitude earthquake struck off Japan’s northeastern shore, killing 16,000 people and displacing thousands of Japanese.

While Japan is slowly but surely getting back on its feet, many children remain affected by the disaster — the worst ever recorded in Japan’s history.

The special edition Pokémon Thank You stickers are only available for download from Line Japan’s app stores, and cost 120 yen ($1.20)./ Read More at: http://mashable.com/2016/08/04/line-releases-charity-pokemon-stickers/?utm_cid=mash-prod-nav-sub-st#uzJU82iXPPqI/

How a digital brand proved that print isn’t Roadkill

Now you can order straight from your Apple TV