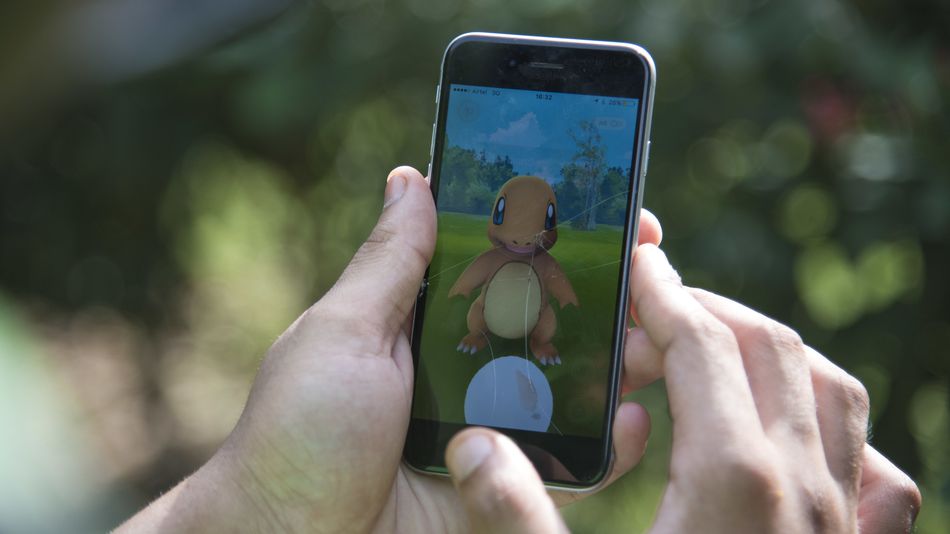 While the first official Pokémon Go wearable is still several weeks away, that hasn’t stopped at least one enterprising developer from hacking together a wearable version of Nintendo’s hit mobile game.

Patrick Cho, a developer at Intel, has succeeded in putting a very basic version of Pokémon Go onto his company’s augmented reality glasses. Though still experimental, the app is one of a handful of unofficial AR and VR-ready demos that promise to untether Nintendo’s app from our smartphones.

The glasses are targeted at cyclists and runners

Intel was showing off Pokémon Go on its Recon Jet smart glasses at its Intel Developer Forum in San Francisco this week. The glasses, which right now are targeted at cyclists and runners, are powered by a modified version of Android. This allowed Cho to cobble together an unofficial port of the app onto the glasses.

He had to change the orientation of the app in order to make it run in landscape mode on the Jet’s display. Once he did, the app’s map, which you can see below, loaded on the glasses’ display. There, you can see the locations of PokéStops, gyms, Pokémon and just about everything else you’d expect  to see in the normal version of the map.

Several caveats to this experience

While the fact that Cho was able to get a version of the app up and running is an impressive feat — particularly considering Niantic has been cracking down on unsanctioned use of its API — there are several caveats to this experience.

First, it’s important to note that this was intended as more of a proof of concept than anything else (although Intel says it is open to working with Niantic should the company decide to make an official version available for its glasses.)

Second, Recon’s glasses aren’t equipped with LTE — only Wi-Fi, which is pretty limiting for an app like Pokémon Go that requires a mobile connection. One way around this potential obstacle though, which Intel used for the demo I saw, was to use a smartphone to create a mobile hotspot and connect the glasses to Wi-Fi that way.

Lastly (and most importantly), even the demo version I saw was extremely limited in its current form. Although you could see a detailed map view, you can’t actually visit PokéStops, catch Pokémon or participate in any other game play other than walking around which, to be fair, is useful for hatching eggs. Also, being an unofficial version, the app was prone to crashing.

According to Mashable still, despite being very much an experiment, the augmented reality version ofPokémon Go serves as an intriguing look at how Niantic and Nintendo could roll the game out to other platforms. Prior to Pokémon Go, the Niantic team made Google Glass apps and the company has previously hinted that it would at least consider making a version for Microsoft’s HoloLens, so don’t give up hope on a more official wearable version just yet.

Until then, we’ll just hope Nintendo’s official wristband doesn’t get delayed any longer.

6 Ways For Parents to Add More Family Fun Before Bedtime

‘It’s a mess': Agencies fall behind in parental-leave policies

PB116: How to Snap Readers out of Passive Lurking to Become Engaged